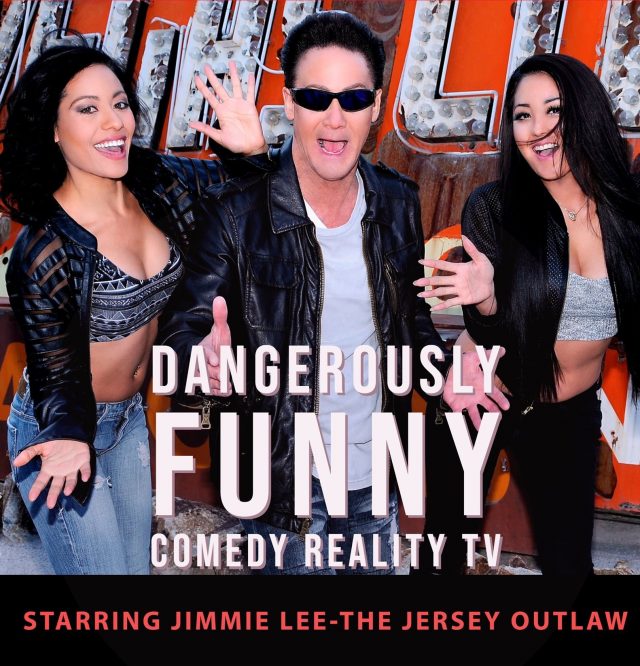 (The Hollywood Times) 9/22/21 – Recently, the world has been in the dark shadows of the global pandemic of  Covid. With everyone looking for a break from the stress, we believe we have found the medicine we all need to maintain our sanity, and it comes in the purest form of comedy. Jimmie Lee- The Jersey Outlaw – “the comedian on the streets” is just the dose of laughter we’ve been yearning for, and just the cure we need. 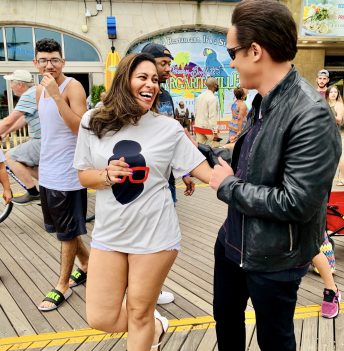 The Jersey Outlaw has branded with his hit comedy TV show, Dangerously  Funny,  now shooting in Season 5.  Jimmie has filmed this year in Las Vegas, New York City, Atlantic City, and Hollywood, and there’s more to come.  He also filmed last year in 2020, including stops in London.

Jimmie Lee’s comedy is a unique brand of street comedy, that combines one-liners, insults, and zingers, with “Jersey Attitude” in an “old school wise guy style” similar to Rickles and Dangerfield.  His style is very unique in that nobody is doing this kind of comedy anymore.  Also, Jimmie truly loves his audience and interacts directly with his fans on the street, and this has built up a big following for him. 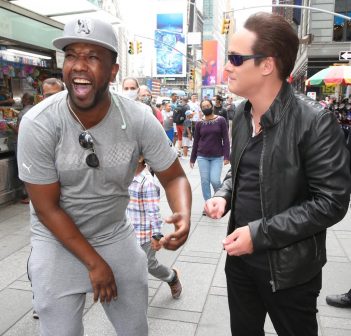 “I want to entertain and make the people laugh and have fun. I create excitement and pandemonium and mayhem on the streets.  I love the old style of comedy I grew up within the 80s and 90s, and the people seem to love it and enjoy the outrageous skits I do”, says Jimmie Lee. 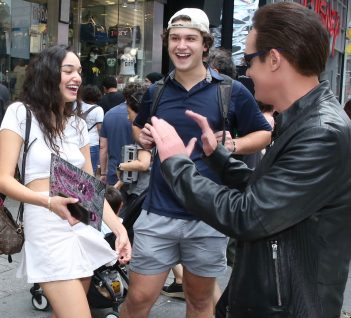 The Jersey Outlaw’s charisma and over-the-top personality shows from the moment he starts his schtick. Jimmie performs with his signature leather jacket, dark sunglasses, and an Elvis-style hairdo. He travels with “The BanditoGirls”, which are his hype models, and the security guards by his side.

Jimmie’s ability to perform ad-lib improv comedy which is right “off the cuff” and his quick wit, is what sets him apart from most of the comedians today. He also has an outrageous bravado style,  that is politically incorrect. He has caught on, simply because he is different and has the ability and guts to do this style of comedy in today’s climate. 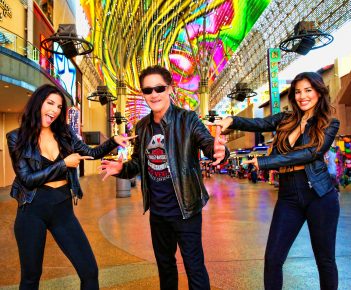 Jimmie Lee caught the entertainment bug as a kid, growing up in Atlantic City. He went to the 500 Club and hit the casinos in his early years,  to catch every comedy show.  He knew at a young age, he wanted the spotlight and had the charisma to be an entertainer. He’s one of the hardest-working people in show biz today. 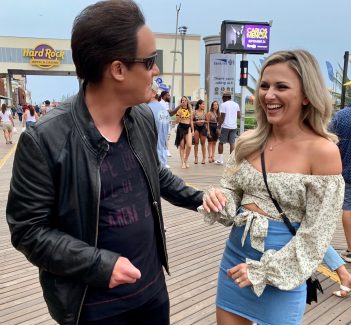 When we asked Jimmie about where his passion for comedy came from, he told us…. “I was always funny as a kid. Always the class clown and always wanted to be the center of attention.  So, it was a natural progression to do the comedy. It just comes to me very naturally. I also happen to be a very creative person and very quick, so that helps”.

Jimmie Lee’s hit comedy TV show, ‘Dangerously Funny’, owns up to its name, with pandemonium and mayhem, no holds barred, uncanny and unpredictable comedy on the streets.  Jimmie Lee creates unbelievable energy that sends shock waves from the East Coast to the West Coast, and all over America. Jimmie is an unrivaled force in comedy today.

The Jersey Outlaw is the “talk of the town” and the press and media have fully embraced his comedy. Val Milano from the Hollywood Times says,  “Jimmie Lee is the greatest street comedian on earth”. Jay Cohn from the Las Vegas Sun says it best, “Jimmie Lee brings pandemonium and mayhem to the streets, he’s a wise guy and master improviser, with over the top high energy comedy”. HipNJ states, “The Jersey Outlaw’s comedy is tongue-in-cheek, with sexual overtones, and reminiscent of the old insult comedy “.

In this crazy world of entertainment, The Garden State can take pride in one outlaw of good nature, that’s Jimmie Lee-The Jersey Outlaw.