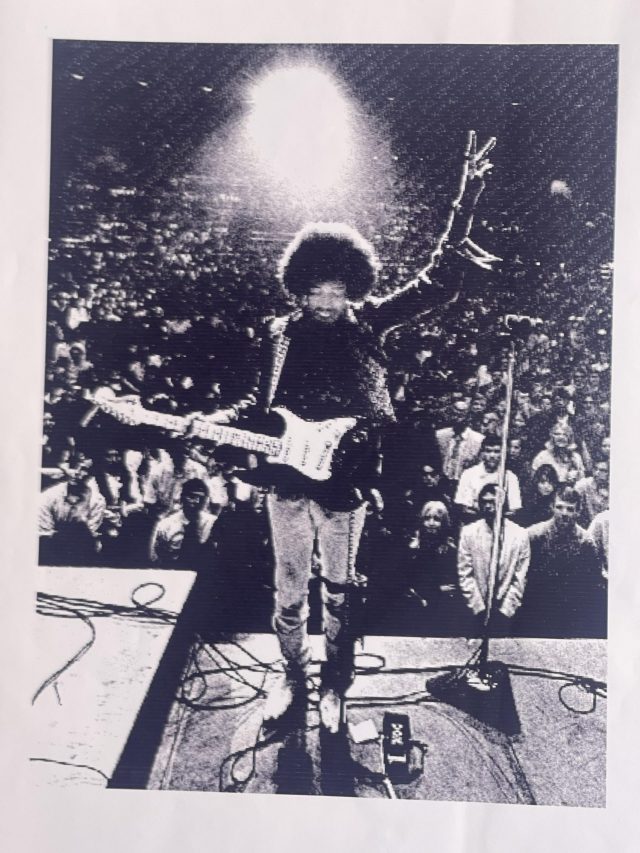 Los Angeles, CA (The Hollywood Times) 7/17/21 –  The late Sixties was an era of wildly charged possibility, when an entire generation felt it stood open mouthed at the brink of a new world. 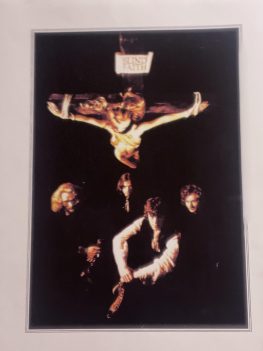 It was if they had invented a fresh creation, or re-invented it, as only those who know the passionate, beating heart of life could understand it.
www.thevisualthing.com
And the keepers of that heart’s pulsing rhythm were the music grates, the icons: Jimi Hendrix, the Rolling Stones, the Doors, Led Zeppelin, Eric Clapton.
Ron Raffaelli spent magical days and nights in the company of these legends, photographing them for the album covers and posters that proclaimed their faces and their music to the young people of the world. As a friend, he caught the performers in their private moments of play and doubt. He also immortalized their very public triumphs, those electrifying nights when they were carried away on the roar of thousands of fans. As Raffaelli became more and more a part of this white-hot inner circle, he found that he was profoundly changed. It all started with a bizarre interview. A 22-year-old recent graduate of the Art Center College of Design, Raffaelli was summoned to a Beverly Hills estate to interview for a photography job with a musician he had never heard of. The photographer was ushered into a darkened bedroom, where through the smoky light he saw a figure seated on the floor. The form, washed in crimson light by a dim red light bulb draped with iridescent scarves, was Jimi Hendrix. He motioned for Raffaelli’s portfolio. Without a word, he paged for a scant few seconds through Raffaelli’s work, then handed back the book. Driving back to the studio, Raffaelli dismissed the experience as a waste of time. But a couple of weeks later, Hendrix’s tour manager called and told him to catch the next flight to Hawaii. Jimi had chosen Raffaelli as his personal photographer, and the star would begin his first American tour in Honolulu. In 1968, Hendrix was a virtual unknown in this country after completing his unprecedented musical conquest of Great Britain. As the musician and the photographer became close, one night Hendrix told Raffaelli that they had also been friends in past lives. Jimi advised his friends to use his camera lens as a brush, painting the world around him the way he saw it. Mr. Raffaelli is now an Internationally known and respected graphic artist. Raffaelli has had six books published in addition to hundreds of magazine layouts and covers. He is still an active professional artist and photographer. In October of 1968 I took a long
limousine ride from Hollywood to Bakersfield with Jimi, Noel and
Mitch. That nights concert was to be held at the Bakersfield Civic
Auditorium. The sound crew arrived early that afternoon and set up the stage for that evenings performance. We arrived about thirty minutes before show time and the concert began right on time at 8 PM. sharp. 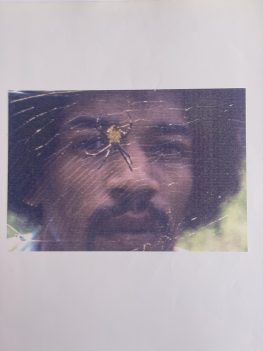 This photo was taken just after Jimi had finished playing his opening song “The Star Spangled Banner.” The stage was surrounded by local police and auditorium security. Hendrix had a reputation for giving an explosive performance and the authorities were afraid of audience out of control. That evenings performance was spectacular and as the concert neared its end the audience were out of their seats and cheering. As I had seen Jimi do so many times before at the end of his last song he turned around and was about to punch the neck of his guitar through a live amplified speaker to create his famous electronic distortion that always ended his performance. Just as Jimi was about to do this the power was cut and the stage went totally dark. For Jimi, this was like having sex without a climax. I followed Jimi backstage to the office of the auditorium’s manager. His name was Richard and he admitted that he had cut the power because he was afraid that Jimi and the audience might damage the stage. Jimi went ballistic and reached across the desk and pulled this 4′ 6″ manager off his feet, over the top of his desk and began to hake him violently. I stepped in and pulled them apart, telling Jimi that it was not worth getting arrested because of this idiot. Richard then took a swing at me and I pushed him onto the ground just as the police entered the room. We were both arrested and taken to the police station. Jimi demanded his legal right to a phone call, the police officer said “Oh you want to call your attorney” Jimi said “No¦ I want to call the press and I have only one thing to say¦ RIOT!” 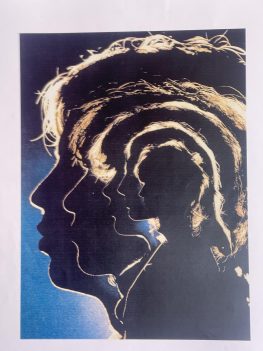 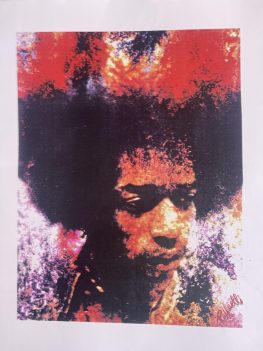