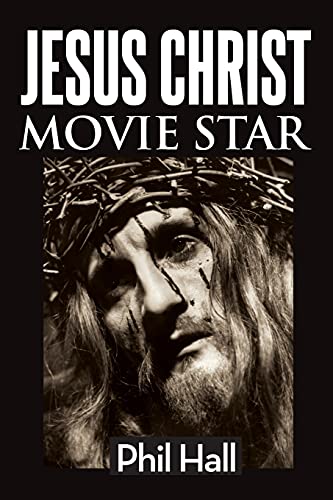 Los Angeles, CA (The Hollywood Times) 11/1/21 – Whether you’re a Christian, Jew, Buddhist, Muslim or even atheist, you can still be a convert to being  entertained — if not provoked — by films about God.

God, Jesus Christ (and Biblical Holy Rollers), have been the subject of movies and television “forever.” And probably always will be.

From early cinematic treatments of the story of the Bible, to the latest edgy Christian films, playing homage to “Him” has been a bumpy ride. The world of entertainment has meant taking risks, creative and financial, when it comes to the subject matter of Christianity.  Just look at Mel Gibson’s highly anticipated “The Passion of the Christ” which he created and directed. Part of the controversy was the dialogue which was entirely in Hebrew, Latin, and reconstructed Aramaic. Although Gibson was initially against it, the film was subtitled. Gibson, a devout Catholic at the time, decided to unpack his vehicle to mixed praise. However, it did well at the Box Office.

Audiences, both believers and secular, have been won over by mainstream movies like “The Greatest Story Ever Told,” an all-star large scale epic chronicling the life and ministry of Jesus Christ, directed by George Stevens (and an uncredited David Lean) with Max von Sydow as Jesus (in 1965); the biblical blockbuster “The Ten Commandments,” starring Charlton Heston as Moses, (Heston played John the Baptist in the Stevens’ work) and independent releases like “The Last Temptation of Christ” and “The Passion.”

There have been dramas including “The Shack” based on the bestselling book about a letter suspected to be from God.

Documentaries such as the edgy “The God Who Wasn’t There” and “The Story of God” on National Geographic (television) featuring Morgan Freeman.  There have even been comedies such as “Oh God” with the unlikely pairing of George Burns and singer John Denver. “Bruce Almighty” saw the supreme one being played by Morgan Freeman, to Jim Carrey’s character Bruce Nolan who takes on God, with comedic consequences. Also, in Garry Marshall’s flop of a flick “Dear God,” Its tagline was “Many people write to God, someone is answering.”

For some, this fodder is heaven on earth. For others, it is a turn off.  Plotlines have been translated into live action and animation such as “The Miracles of Jesus”.

“Jesus Christ Superstar” on the big screen was a hit. It translated comfortably from the musical version, starring Ted Neeley as Jesus of Nazareth in the original Broadway cast, and the feature film, winning critical acclaim.

“Godspell” (presented as a series of parables from the Gospel of Matthew) did not attract all positive reviews; it was described by some critics as “strangely irreverent” and “wacky.” Yet, both were darlings of the Great White Way. “Godspell” premiered Off-Broadway and went on to become an international stage sensation. New York City set “Godspell” fared better on DVD, than in theaters.

“God squad” fans have also been treated to this genre on the small screen. “Jesus,” the epic miniseries, with a different take, about Jesus and the women in his life, was internationally successful.  Television productions have included “Jesus of Nazareth,” Franco Zeffirelli’s acclaimed ‘70’s sweeping drama featuring Laurence Olivier and Peter Ustinov, beginning before the Nativity, and extending through the Crucifixion and His resurrection: “Touched By An Angel,” touching, sometimes almost tongue in cheek, show was initially a flop, then it turned around to become CBS’ number one Sunday night hit. “God Friended Me” albeit seemingly a far-fetched premise, however current and topical for its time, about social media, was eventually canceled. It did however attract an audience and gained some traction.

As a Christian, or follower of Jesus and God, with more than just an iota of faith, and a longtime one at that, I resonate with celluloid creations about Christ.

Also adding to my enjoyment and appreciation was the music in these screen and stage productions, “The Garden of Gethsemane” (“Jesus Christ Superstar”) and “Day by Day” from “Godspell.”