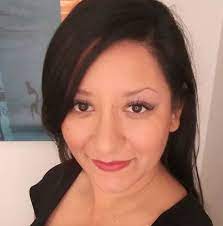 Los Angeles, CA (The Hollywood Times) 1/5/2022–When Mitzye Ramos was in high school more than 15 years ago, her mother gifted her the Major Arcana, and her divination journey began. In addition to using Tarot and Lenormand to help people connect with their intuition, she also practices astrology and specializes in compatibility reading and natal chart readings using both Whole Sign House and Placidus methods.

In my interview with Ramos, she described astrology and her other divination work, she said that it’s “…always just been part of my architecture.” When growing up, Ramos said that her mother was very intuitive, and so she started wondering about her own intuition. Even though at first her ability to intuit things made her uncomfortable, she stuck with it and now is now grateful that she did, because she says it’s a big part of her life. Ramos lit up when she described how rewarding the profession has been for her, because she loves helping people, especially to find their own “inner strength and beauty.”

Ramos also loves to be able to guide people, or even just validate concerns or feelings that they have been having, and specializes in natal chart readings and relationship astrology. She describes the work as, “It’s really nerdy and exciting,” which endeared her to me immediately, because I too, am part of the Nerds Club.

About the Lenormande readings, she says that she has to prepare people because the readings tend to be “very blunt and direct.” When asked if she has had to tell people things they don’t necessarily want to hear, Ramos said that yes, while there had been some tears, “When you ask a direct question, you will get a direct answer.”

Ramos talked to me about the different kinds of readings like she was teaching a college course in it–she is clearly an expert in her field. When I asked her about doing a short reading for me, so that I could better understand with graphics what she was trying her best to teach me, and she, to my delight, readily agreed.

Later, during the in-depth, hour-long reading, Ramos described to me basically exactly who I am, which included things like, “Loner tendencies, Idealistic Leader, Needs Challenges, Stubborn, Prideful, Controlled, Disciplined, Fiercely Independent,” and more while I sat back and listened with rapt attention while taking notes. She also told me specifics about my home life as a child, which have shaped my “private, intense with home life,” tendencies as an adult—very true–as well as my preference for unconventionality and need to feel heard.

Then we got to the Yucky Love Stuff, about which she told me that I have difficulty receiving love and believing that I’m cared for. Well, that hit pretty close to home with me. Then she told me that I shouldn’t judge myself so harshly, so I forgave her. Then she showered me with compliments about being, “Active, witty, charming, and a fast worker,” and I forgave her for real. Then she told me that my love language is service, and that, “You’re everybody’s Mom-Friend, but you don’t want anyone to know you’re the Mom-Friend. This lady has me pegged hard-core. Don’t tell anyone that I’m the Mom-friend. Then she called me deeply affectionate and told me that this year will be “A year of abundance,” and “Expect to see work opportunities,” and I got a girl-crush on her.

Now, I don’t know about you, but I’m a big fan of Mitzye Ramos after only spending an hour and a half with her, and was amazed at my reading. And about this coming year? I’m going to take her word for it.