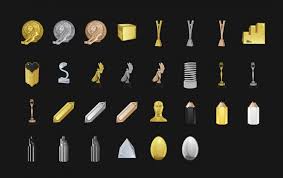 Van Damme Collaborates with Automatik for the Holiday Release of VanDammemoji™

Curated by Jean-Claude, VanDammemoji™ includes over 160 emojis modeled after the martial artist’s world-renowned enthusiasm for physical fitness and creativity. The suite of designs offers fans an impressive menu of animated characters that celebrate Van Damme’s iconic facial expressions, mannerisms, and inimitable movie and television career performance that everyone can enjoy.  The keyboard’s empowering emojis highlight Van Damme’s lifestyle; including his infamous training regimen and unrivaled fighting moves, allowing fitness and film enthusiasts to leverage the “Muscles from Brussels” passion and personality unlike ever before. With each emoji, users can express themselves and enjoy Van Damme’s encouraging, incomparable energy and spirit in every message.

The release of VanDammemoji™ inspires those looking to motivate and commit to their 2017 New Year’s resolutions with a little more expression. Fans can expect to see ongoing, additional updates added to the keyboard, reflecting Van Damme’s lifestyle, routines and projects.

“I have been a fan of JCVD since childhood, so this collaboration is a honor.“ says Brian Kavanaugh-Jones, partner at Automatik. “Our number one goal was to ensure that the detail of every emoji, particularly his facial and body resemblance, as well as the reconstruction of his moves, was flawless. We’re extremely fortunate to work with some of the best creatives in the business to develop the emojis for Jean-Claude. The design is great and we’re equally excited that the entire keyboard offers expressions that fans and users will find convenient and exciting to use in everyday conversation. In 2017, Automatik will be partnering on additional celebrity-driven collaborations and we’re excited by the range of creative opportunities.”

Where were you on September 11th, 2001? Here’s my thoughts on that fateful day!