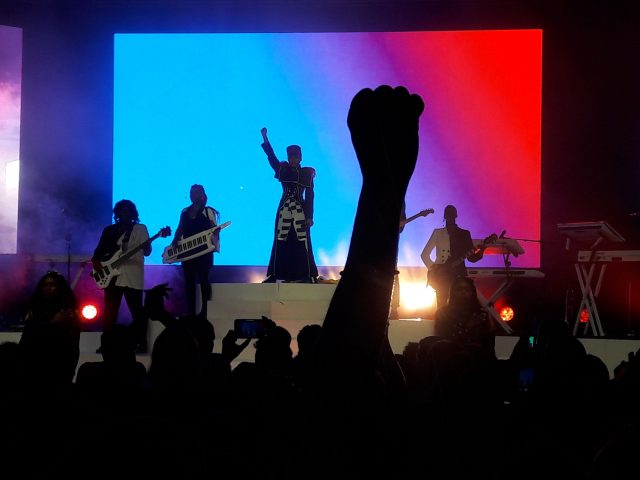 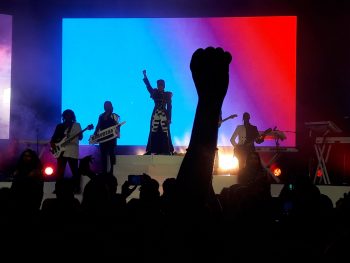 Los Angeles, CA (The Hollywood Times) 06/30/2018 — Thousands of music lovers descended upon the Greek Amphitheater Thursday night in Hollywood, CA and stood in line for nearly two hours to pick up hard copies of their pre-purchased concert tickets at will-call. THT arrived at 7:45 and made it through the entrance gate a few minutes short of 9:30 sadly missing Janelle Monáe’s opening number and reaching our seats near the end of the second. 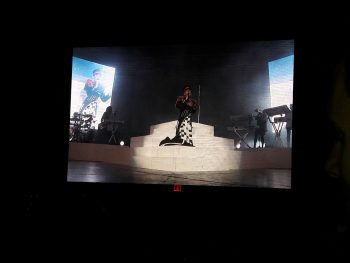 Anxiously watching the clock thousand of fans played ‘telephone’ hoping discovering the root of the chaos. Ticketmaster. More precisely, Ticketmaster’s greed was labeled the root. Ticket holders were not able to present their tickets to be scanned from their phones. It was said that Ticketmaster made going paperless more expensive and going back and paying those additional fees were not an option. Printing tickets from home was not an option, or perhaps possible with more fees attached. 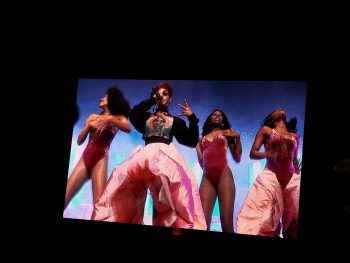 Countless fans were forced to pick up their tickets at will-call and Ticketmaster did not tell the unfortunately unstaffed theater. Many expressed their outrage over the situation and believe Ticketmaster should refund their notoriously high service charge which at least use to allow home-printing and e-ticketing. 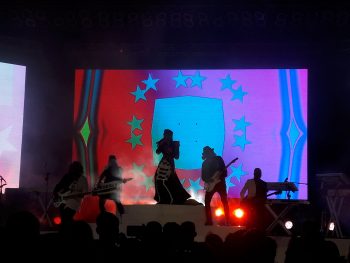 The theater did their best to accommodate by delaying the show as long as the could without being fined by the city for going past their curfew. 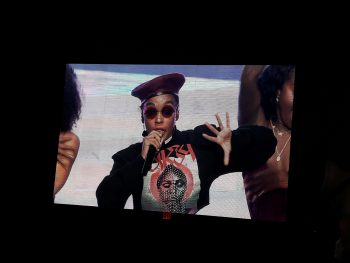 Many completely missed the opening artists, St. Beauty, but are hopefully making up for it binge listening to them on Spotify. It’s beautiful, it’s chill, it’s funky. They’re music videos are also a joy to watch. 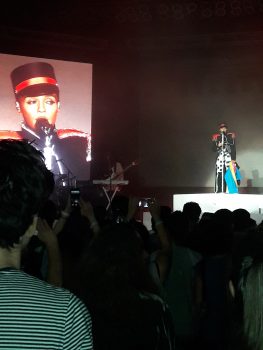 Now on with the show!

The Los Angeles performance of Janelle Monáe’s Dirty Computer tour was fun, stylish, sexy, melanated, and cool. In amazing coordinated outfits the whole crowd wanted with a two-toned braided ponytail going down her back Janelle sang out a stream of feminist anthems backed by an amazing horn section and electric bass. She gave us a little Prince, she gave a little Janet, and she gave us some Michael with the smoothest moonwalk on this planet.

We got to dance to all the tracks from her latest album, Dirty Computer, including “PYNK” and “Make Me Feel” and she gave us favorites from previous albums Including “Tightrope” and “Q.U.E.E.N.” Janelle Monáe’s gave the crowd everything we wanted and more.

Experienced concert goers know the show isn’t over until the stage lights go up. After several minutes of cheers in the darkness Janelle Monáe returned to the stage dress to thrill. She returned proudly waving the pansexual pride flag addressing the current tragedies in our society. Before dropping a few encore tracks she left us with more than beats in our hearts, she left us with a message: “choose freedom over fear”.

Beautiful inside and out, the love Janelle Monáe gave the audience Thursday night made the pre-show human traffic jam a distant memory.