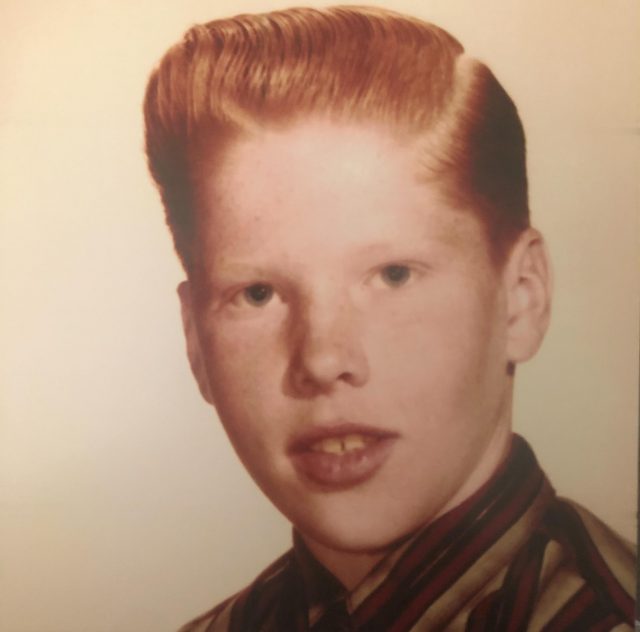 Los Angeles, CA (The Hollywood Times) 8/6/21 – The Representative of Corwood Industries has released yet another album of solo piano excursions. This one a double CD live set recorded in Porto, Portugal. One common thread that runs through the ‘piano albums’ (The Song of Morgan, Ghost Passing, New Orleans Thursday and Porto Saturday) is the cover subject; that being The Representative of Corwood Industries photographed as a prepubescent boy. Any theories on this commonality are welcome in the comments section of this review.

The recorded sound is rich and full, and the pieces are marathon length. To paraphrase Dude from The Big Lebowski, the Rep is clearly not into ‘the brevity thing’. 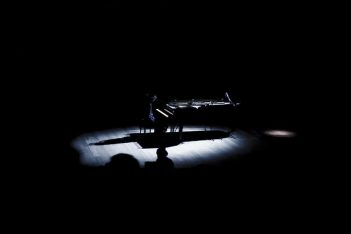 As with many of Jandek’s extended works, the soil to gold ratio is somewhat skewed towards the prospecting end of the process. However, there are glittery patches of dust to be found.

The first piece is enigmatically titled “The Monastery and The Garden”, and it’s a lengthy stroll through both; clocking in at a robust 42:41.  Along the way our hero meanders, skips, stumbles, kicks up dirt, explores empty pavilions and prods the occasional bumblebee hive.

Key modulations are few and far between and seem the result of happy accident rather than intent. In a 2014 interview with former Jandek bandmember Kris Bernard, I got her to spill the beans on The Representative’s stated ethos of ‘going further into a mistake until it’s no longer a mistake’. That policy serves him well on Porto Saturday. Clankers are embraced rather than avoided and sometimes yield interesting results.

Jandek’s piano excursions never stray into the area of musical performance. It’s pure meditative indulgence. Clearly, there are preloaded motifs that are sourced when flights of fancy are exhausted and musical detours hit an ivy-covered brick wall. However, Jandek does display a grasp of tonality and dynamics; especially when working the bass end of the instrument. We also see relief from the omnipresent sustain pedal in the form of a strident staccato interlude. Of course, a feature of most Jandek piano compositions is a manic free-form section that suggests a formative Cecil Taylor crossed with Keith Emerson on an IV drip of Xanax; “The Monastery and The Garden” is no exception. The piece concludes with a pregnant silence followed by a polite, reverential ovation.

“The Grey City and the Museum” clocks in at a daunting 50:27 and commences in similar fashion to the opening piece.  A few minutes in, the piece starts to veer sporadically into interesting directions. The inebriated ghost of Erik Satie makes an appearance. There is also a pleasingly calm dissonant section. As disc two progresses it seems as though Jandek himself is tiring of his safety net of slow-hand bass ostinato and proforma right hand filigree. At approximately 11:00 in The Rep finally provides relief with some gradual and graceful melodic migration from the middle of the keyboard to the bottom end and back.

Some more makeweight dicking around ensues. At 16:30 we get surprisingly precise noodling with some Asian flavored modalities.  Then at 36:50 the stars align. The Reps technique, passion and persistence join up with quantum physics to gift us with some impressive faux counterpoint and glissandi. Blink and you’ll miss it. A minute to the second later we’re back to The Representative’s comfort zone of walking bass and tentative right-hand comping. From that point on, Jandek manages to stay inside the guardrails and eventually lurches to the end where he is rewarded with long sustained applause.

With Porto Saturday, The Representative’s piano-man period is now sufficiently (perhaps exhaustively) documented. Only a change in musical vocabulary would necessitate the need for more. Falling roughly between his initial foray into live performance in 2004 and the sea-changing appearance of Sheila Smith in the twenty-teens, Jandek’s brace of piano works closes the circle that began with his first low-fi piano adventure, “The Beginning” released in 1999.

“Porto Saturday” is an archival release and a worthy addition to the Jandek discography that now numbers well over a hundred albums. Evidence of record indicates there’s a lot more unreleased material where this came from. A thought that is both dumbfounding and comforting in equal measure.