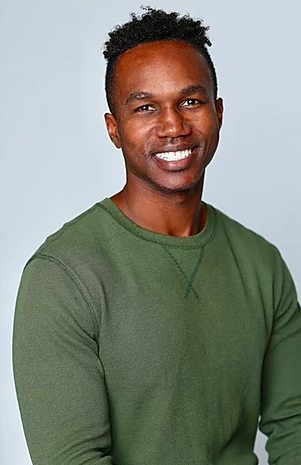 In addition to all his acting roles, he has also produced the highly anticipated horror film “Black Pumpkin” and is currently prepping the much anticipated horror film” The House In The Middle Of Nowhere”.  His past credits include a role in the Lionsgate film” Hunger Games, Mocking Jay”, the character role “The Gurgles” on The Disney Show “Good Luck Charlie”, HBO’s “The Wire”, video games such as Sony: Uncharted 4, a character role on The Sketch Music Variety/Comedy show “Arbor Live,” which aired in Canada and won The 2013 People’s Choice Awards for Best Television Program/Promotion of Aboriginal Music.
Derosena got his start as an extra on a TV show that was shooting in Maryland. He soon began taking acting classes at various theatre conservatories and continued his studies at renowned acting schools such as the Stella Adler Studios in New York and the Herbert (HB) studio of New York, where he started booking small parts in TV and films. He has created a niche for himself by playing foreign characters and applying his strong French speaking skills to these roles as well as switching dialects with ease.
In addition to all of this, he is also involved with the innovative Kapow Film Festival. “Our film director created this festival. After discussing its premise and mission with us, we became involved and have been exposed to amazing storytellers from all over the world and bringing their stories to the general public,” said Derosena.