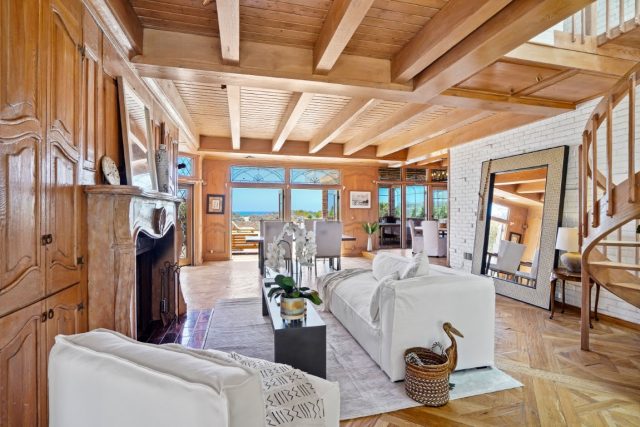 Born in a hospital elevator in Massachusetts in 1925, two-time Academy Award winner and nominated for six more, Jack Lemmon was one of the busiest and most popular movie actors in the last half of the 20th century. Lemmon starred in both comedies and dramas in more than 60 movies, many of which are considered classics today.  In 1971, Jack purchased a beach house for his family in the Broad Beach celebrity-favored section of Malibu Beach.  The family enjoyed it for decades, creating many happy memories.  It is now for sale, priced at $13.45 million.