The contemporary dramedy will also screen at the 8th Annual NoHo Cinefest, Oct. 1-7, 2021 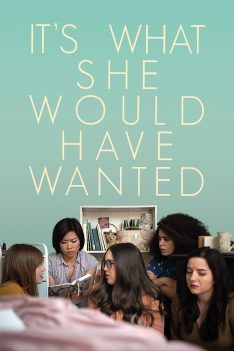 “It’s What She Would Have Wanted”, a short film directed by Nate Trinrud, has joined the select group of films competing at the 17th Annual HollyShorts Film Festival Sep. 23-Oct. 1 at Hollywood’s Famed TCL Chinese Theatres.

The contemporary dramedy centers around Maggie (Marie Selma), who welcomes four of her oldest friends back home after the unexpected death of one of their circle. She convinces them to fulfill a childhood pact to destroy all evidence of their friend’s most embarrassing secrets. Their plan proves less than foolproof when long-buried resentments begin to rise, and the group realizes Maggie is dealing with more than the loss of a friend.

It’s What She Would Have Wanted” will screen on Tuesday, September 28th at 2:30 PM, at the TCL Chinese Theatres in Hollywood. Ticket information can be found at https://hollyshorts2021.eventive.org/ .  It will screen at Noho Cinefest on Monday, October 4th at 8 PM at the Laemmle Noho 7, as part of Shorts Session 6. Tickets can be purchased at NHCF – Shorts Session 6 – Laemmle.com.

Co-founded by Theo Dumont and Daniel Sol in 2005, the HollyShorts Film Festival is devoted to showcasing the best and brightest short films from around the globe, advancing the careers of filmmakers through screenings, networking events, and various panel and forums.

Located in the heart of the NoHo Arts District in Los Angeles, the North Hollywood CineFest has established itself as a premier event for independent cinema from all over the world. Last year the festival was presented virtually, but this year it returns to its full glory featuring screenings, parties, seminars, and the all-star Award Ceremony.