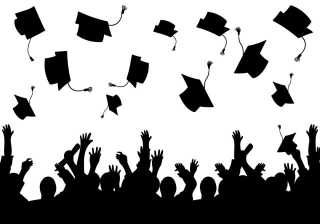 HOLLYWOOD, CA – (The Hollywood Times) – June 14, 2019 – It is Graduation month and summer-time – Yoo-hoo! The kids, teens and college-bound (or not) will have the best (or worst) summer of their lives but they’ll have memories for a lifetime – better believe that. Boys, girls, boys and girls, boys and boys and girls and girls – no matter how you slice it – it’s their time and future to explore and develop. They’ll enthusiastically greet the days like they’ll live on forever and take risks and chances helping define who they will ultimately become. The rights of passage taking place in every walk of life.

Then, there are those whose lives will be yanked or changed dramatically altering their perception – and everyone who loves them – on the reality of mortality… it isn’t always for the old. Wise doesn’t always mean years on earth – it often means years spent in deep experience. There are signs of illness not obvious to the naked eye and the aches of growth are normal – until they’re not. Kidnapped innocence – no ransom.

I’ve always felt the word miracle is tossed around cavalierly or blessings. Almost like the LA ”Yes” which frequently means “No, just kidding!” with a smile. LA’s community – within her burbs – contains some of the greatest of hearts (unique unto themselves) and they are few who step forward and renew your faith in humanity, even if it’s not present or a belief. A miracle to me is just the unexplainable. A miraculous event is not easily explained – to me it’s normal, it’s listening to our sixth sense we were born with – most are untaught. Remember “no” to everything as a kid? And the usual follow-up words were, “Because I said so.”

I still use that word to propel me.

This true-life story touched the core of my very being in ways I’ve not felt since giving birth to my son – that kind of love we only learn through having a child no matter how you get them, it’s a lot. This is part one of two.

If a child/teen has awareness around them or is very self-aware they have a chance if a parent, teacher or friend, looks listens and takes action.  In 2001, my then 10-year-old boy – soon to be eleven – had a good friend – who was the catcher on an opposing baseball team and as I picked Dylan up one day from practice he said, “Maddie isn’t coming back to our team or school he has cancer. He got hit in the leg with baseball and he’s sick.” My breath and heart stopped and I hit the brakes. A bulldozer had run over me. This wasn’t a rich celebrity kid who abused his body or fell into addiction through neglect or lack of parenting. These two little boys from public school – with completely different home lives – had been in the Dodger dug-out together, on the field, meeting players with a private tour of the stadium. Maddie wasn’t a Dodger Fan he just went to be with this lil bud. Lucky days and a gift from the Los Angeles Dodgers – pre-cancer. I drove on after the initial shock wore off but it was difficult to hold myself together – that could be my child.

We both went home to talk and then I called his mother. She told me that her son had aggressive leg bone cancer – common in young male teens and that he initially had been sent home to recoup but Maddie kept complaining of pain in his leg that had been hit. Hormonal growth is often mistaken for more serious ailments it mimics. So, she did what she had to, she demanded an MRI which revealed the tumor behind his shin where the baseball hit him. Wow – what a mom.”Osteosarcoma is a bone tumor that occurs predominantly in adolescents and young adults.” It’s not easy standing up for our rights in the medical field, often doctors are resistant to hear us. This courageous lioness wasn’t about to be told no or minimized when her cub hurt and neither should you – by anyone when it comes to your health.

Late Senator Ted Kennedy’s son had to have a leg amputated over the same illness. Married, with kids and an athlete he does talks about how he felt as a 12-year-old boy being struck with cancer in 1973.

Maddie was in surgery quickly, the tumor removed and then he endured a lengthy process of chemotherapy, radiation and his cancer plan. He grew older and wiser very quickly not knowing if he would live or die. If things would work out… if he would grow up and later if he would grow up the way he wanted to. The courage of children is something to behold – it’ll crush you with love witnessing their strength. That new gray hair, bad relationship or slight traffic accident means NOTHING – it’ll disappear. He didn’t return calls to his good friend, Dylan (my son) which confused him, he would ring every day and say to me, “Mom…he never calls back is he mad at me?” I explained there would be a day that he’d call but he had to be that good friend and keep calling Maddie because his treatments were making him sick. He would call just not when he expected.

Weeks later he got that call and I drove him over to see his buddy. I glanced in as Dylan took a gift to his friend and what I discovered was the tiniest figure seated with no hair and slouched forward – a young/old Benjamin Button – if you will.  A once robust boy, tall and healthy was now the face of hard illness – but the boys both lit up seeing one another and normal was the moment. My son learned what it meant to be a good friend that day more so than any other relationship he had up to that point in his limited decade on the planet. I learned what special young boys we had and the strength of their bond as buddies. I hugged his mother, a wonderful woman and today her little boy is a grown up, a young man who graduated from college and has a life. Thanks to one hardball flipping out of Maddie’s catcher’s mitt and hitting him exactly on the leg with the tumor behind his shin and a mother who followed through – he’ll probably live a very long life.

Any disease can go unnoticed – be noticed.

What if that hardball had flipped out of Maddie’s mitt and hit the cancer free leg? Some things aren’t explainable but teach a lot to the most serious of doubters “that things happen for a reason.”