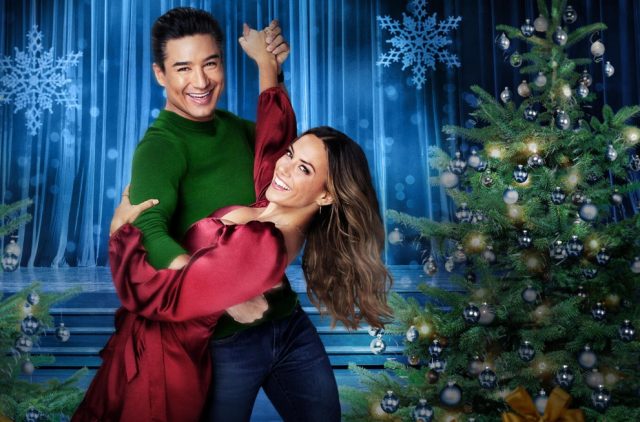 Former Broadway star Billy Holiday (Mario Lopez) returns to his hometown for Christmas after being abruptly fired as the host-producer-judge of the hit TV series “Celebrity Dance Off.” While there, he encounters Rae (Jana Kramer), the charismatic owner of the local dance studio, where Billy’s 12-year-old nephew is her standout student. This Christmas, Rae is planning a dance recital fundraiser with the goal of taking her students to see a Broadway show in New York City. Billy volunteers to help Rae with the recital by reviving the town’s traditional Christmas Eve show, which was once a showcase for local talent.

With Billy’s knack for producing and Rae’s knowledge of all things local, their collaboration clicks and romantic sparks start flying! Cheri Oteri stars as Dallas, Billy’s high-powered, fast-talking, Hollywood agent. Dallas scrambles to find Billy work after he is fired by his boss, Wayne, played by Mario Cantone, a network executive who is equal parts charming and ruthless!

Courtney Lopez, Mario’s real-life wife, also appears in the film as Joanna, the charismatic host of “Celebrity Dance Off,” who is tapped to replace Billy (her former fling) as executive producer and head judge after his popularity hits the skids. 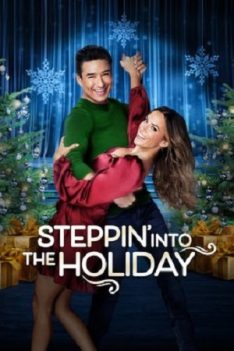 Mario Lopez said during a It’s A Wonderful Lifetime panel for the media that he really enjoyed making this film, loves the holidays and really enjoyed working with Jana for the first time. They filmed it in Nashville and got to do some dancing and he hopes that everyone will enjoy it and to check it out November 25th.  Jana said that is was awesome to work with Mario and that with everything that is going on in life and work and that is was nice to play the fun and carefree characters.  These movies make you feel good and enjoy the holidays.  Mario said that he always wanted to do a holiday movie with some kind of movement, with dancing and a musical element to it.  He was glad to be working with Jana and thought they hit it off and had a lot of chemistry. Jana got a call from Lifetime about a film with Mario Lopez and she said she was in, then they told her it was dancing and she said it was so long ago and she was freaked out a bit. She also said that they had an amazing choreographer which helped them out and a good thing for her. Mario talked about there being two tornadoes that hit Nashville during the filming and they had to stop production because of them.  He said that he had never experienced that and being a Southern California kid, he said “What!” and that other than that it all went great during the filming of this movie.

Jana spoke so highly of Lifetime and that they are so accommodating about her kids and them being on the set. She loved that they got to film in Nashville and they are very helpful about that.

Jana and Mario were asked about if Dancing With The Stars helped them with their dancing on this movie. Jana said that that Mario had the experience and she followed him and boiled down to the chemistry between them dancing together.  Mario said the choreographer really helped them out.

Mario and Jana talked about their roles as executive producers to make things in the film right and not feel unreal.  Maximum Joy term was used in the film and a question was asked about that.  Mario said the characters brought the joy to this film and to remind us of our memories. Mario was asked about chemistry, what is chemistry and how to you know you have it and what do you do if you don’t have it. Mario said “It is something you can’t necessarily practice, or work towards, you either have it or you don’t.  If you don’t have it, then you are in trouble, especially if it is romantic, or filmed with a romantic element in it.”  He went on to say that the Network did a great job paring them and he believed they had great chemistry for not ever working together and they had only met once before briefly.  Jana said that they are both parents and that they both respected each other and that along with chemistry comes respect. She respected him as a father and actor as he respected her as a working mom.  Jana said you have to act if the chemistry is not there, a part of the job as an actor.

Great movie for everyone to enjoy with a great message, music and dancing. Don’t miss it! 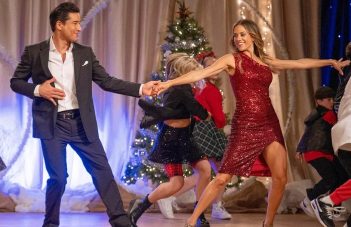