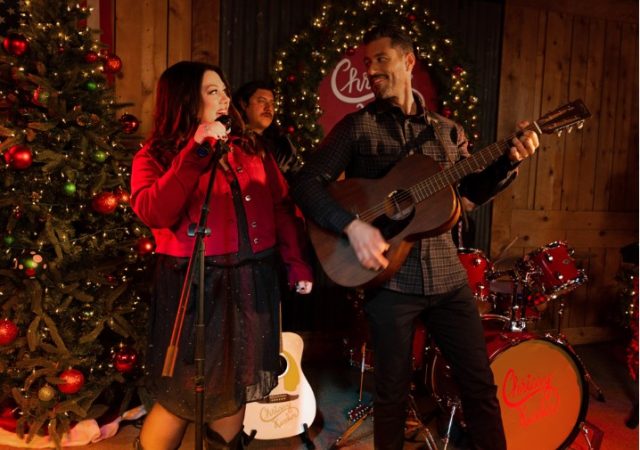 A Country Christmas Harmony will be telecast Friday, November 18 at 8 p.m. on Lifetime as part of the network’s It’s A Wonderful Lifetime programming event.

All of you Netflix series Steel Magnolias fans (which just wrapped season three) need to tune in this Friday on Lifetime, when Steel Magnolias series’ stars, Brooke Elliott and Brandon Quinn, reunite for a Lifetime holiday movie A Country Christmas Harmony. On Sweet Magnolias, the duo play husband and wife Dana Sue and Ronnie Sullivan.  It was great to see them together and especially to see them perform and sing together.  Don’t miss this holiday movie, so why not make it a Friday night stay at home movie night.

Before Chrissy Kessler’s (Brooke Elliott) meteoric rise to fame, the country music superstar was just a small-town girl with dreams of the big time. Now, with her record sales on a rapid decline, Chrissy is strong-armed by an unrelenting record executive to return to the hometown she left behind to perform a live Christmas concert. Accompanying her on this journey is her longtime supportive assistant Eugene (Danny Pintauro). Luke Covington’s (Brandon Quinn) quiet life is suddenly disrupted when he runs into Chrissy, his ex-girlfriend and former country music duo partner, who disappeared on him to pursue her solo career all those years ago. After a tempestuous rainstorm forces the ex-sweethearts to seek shelter in Luke’s ranch home, the two realize that the only way they’ll survive the holidays is with the other’s help. 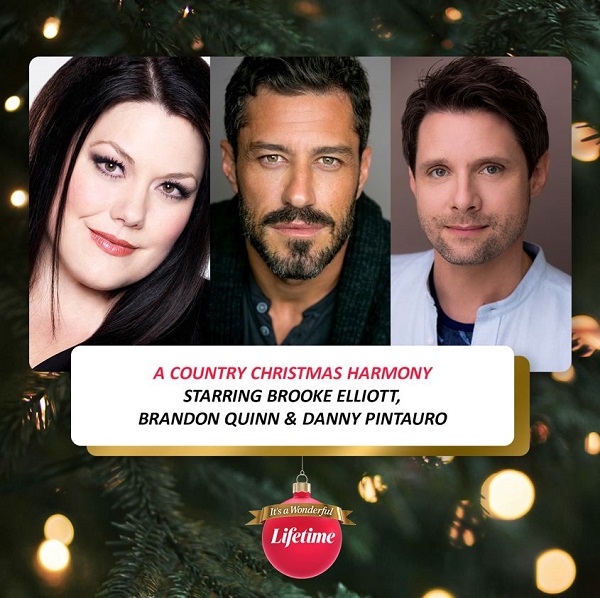 During a Lifetime panel with Executive Producer/Star Brooke Elliott and co-stars Brandon Quinn and Danny Pintauro (Who’s the Boss), the cast was asked what attracted them to this story.  Brooke Elliott said is was the music that attracted her to this story and that it had been some time since she had performed on a show.  She went on to say that the story was great and that finding your own belief and confidence in yourself was another reason she was attracted to the story.  She really enjoyed being part of the producing role. Brandon Quinn said the first thing was working with Brooke, as she was his co-star on…Brooke interrupted with “Me too”… and Brandon said “Nope, you missed the boat, I’m saying it first! which led to laughs and Brooke once again saying “Me too!” Great to see that amongst the two of them. Too cute!  Brandon went on to say that the main draw was fear, that he was terrified to sing in front of people, but had a great time and proved to himself that he could do different things.  Danny Pintauro said that any opportunity to represent the LGBTQ community was great. Making big strides in doing Christmas movies and the writing was compelling.

Danny Pintauro was asked about being a child star and now working again.  He said this was the first time in 35 years that he has returned to TV.  He moved to Austin, got married and became a vet tech and he feels like all the pieces fit together about his life.  He also said that he has to be willing to do whatever comes his way. That starting over feels great to prove he still has what it takes after all this time from being a child star to getting back into it. He is grounded now and knows what it wants.

Brooke Elliott said that she is a huge Christmas fan and that two of her five Christmas trees are already up and that she starts November 1st.