Los Angeles, California (The Hollywood Times) 3/19/2021 – “White Eye,” by 33-year-old director Tomer Shushan, tackles an Israeli problem familiar to Americans: Explicit or subliminal prejudice by much of the population and police against non-white residents, especially migrants. As an Israeli writer and director, Tomer’s  2017 short film,” Inside Shells” screened in FIPA, Sao Paulo International Short Film Festival, and many others. Tomer is currently developing an Israeli TV series Torso and his first feature film Between The Sand Grains.

Tell us about your short film Inside Shells.

Inside Shells is my graduation film. It is a short film about Noah, a young basketball player, who finds out he won’t be able to play his next game until his parent pays a debt to his Coach. While he makes his unemployed father to get money for him, he finds out that his basketball dream can cause a break in his parents’ relationship. 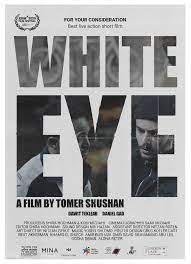 This story is based on a childhood memory I have, the memory of my family having no money but I really wanted to be a basketball player and saw my parents struggling to pay the basketball team fees. I remembered how sometimes I was afraid of them to come and watch me, I had to make sure they weren’t disappointed. This feeling stayed with me so writing this story came naturally.

As a Writer and Film Director, what is your philosophy behind your films?

For as long as I can remember, as a kid I used to look out of my window for hours, looking at the bustling streets where we used to live, picking some characters, and telling myself the story of where they came from and where they were heading. At a later stage in life, I realized the urge I have to tell stories. Cinema gives you the freedom to combine reality and imagination through images and sounds. I realized that I had the will and power. A desire to express my point of view on the world and the power of doing it through the language of cinema.

My stories touch people, it see-through people from the margins of society, encounters between characters from different classes. And thus reflect the reality in which we live. Even though it is sometimes convenient to ignore. 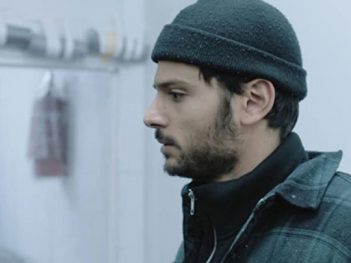 How has your upbringing translated into your films?

I grew up in a family of parents of Moroccan descent. The socio-economic situation was very low and one day they decided to move to the most expensive neighborhood in the big city and sacrificed everything they had because they believed that if I grew up near high-class people I might even make it one day. But it made me see at a very young age how different I am from everyone around me and if so how similar I am. I think this movie made me understand dimensional differences between human beings based on race, color, poverty, wealth is the biggest minefield in humanity. I grew up in a home that believes we are all the same, I think my parents acted from a naive place, they could not understand why it is different, and it penetrated me and I see it as a privilege and opportunity to use cinema to tell it.

White Eye, shows the harsh realities of undocumented immigrants on the run. Why was this story so important to tell? 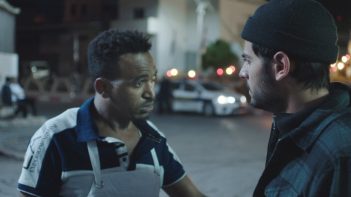 I guess apart from refugees no one knows what it feels like to be illegal. On the one hand, the eyes of the authorities are looking for you while the eyes of society can’t see you. I think beyond the story of a White Eye that actually illustrates to us how much the white man is above. I feel that the film gives us an opportunity to listen to the refugee for a moment, to hear his life story, and to understand that there is no reason for difference between him and the local guy.

It was important to me that the image of the refugee should not be miserable and defeatist, but would stand for its truth and fight for its existence.

The titles of your films appear to be symbolic rather than literal. Expound on this idea.

White Eye symbolizes blindness, blindness towards the other, towards the person in front of you. The story happens through a white person’s eyes.

In White Eye, what scene almost brought you tears?

This moment when Younes, the Eritrean refugee, takes Omar, the local guy, and tries to convince him to reach a compromise with him.

Without involving the authorities. Seeing him, probably for the last time in his life, trust someone.

White Eye is more than a film, it is …. finish the sentence.

One more unnecessary moment in which the black man loses his life.

Congratulations on making the 2021 Oscar shortlist, how does it feel, and where were you exactly when you found out?

This is a very exciting moment in my life, I did not expect the film would go so far when I made it. I just hoped it would reach the eyes and hearts of people and for me, this achievement gives me the power to continue creating and talking about these important issues. 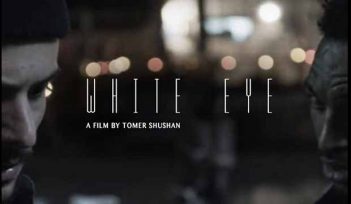 I live in Tel Aviv, Israel, it was 2 AM when the academy tweeted the shortlist. And as soon as I saw a White Eye there. I couldn’t stop screaming, I woke up the whole street and the police give me a fine for noise. But I guess it was worth it.

You are currently developing an Israeli TV series Torso. What can we expect?

Torso is a TV series that is in the development stage, I received initial funding and now I am in the final stages of writing. This is a series about a private investigator who follows a traitorous husband and exposes him to a mysterious murder affair and a fascinating story about the revenge of a Holocaust survivor.

Tell us about your first feature film Between The Sand Grains.

Deep in the Red Desert, a glasshouse mirrors all of humanity.

Three strangers meet at an event for the world’s rich. Emanuel, a waiter who pretends to be a guest; Neta, in an unhappy relationship with the richest man in the room; Samuel, an Eritrean kitchen staff, saving up to bail his wife held hostage by Bedouins. They bond over their loneliness and embark on a journey to determine their fates.