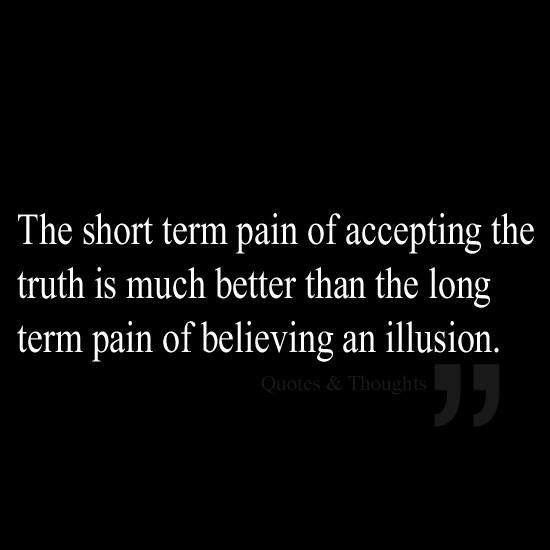 Is the truth really the truth or is it an illusion of propaganda that we begin to believe as the truth?

I need to speak up here. Someone on Facebook started a commentary from Fox News that “Adam Schiff, CNN, MSNBC, mainstream media have LIED to Everyone!!!!”  She’s a movie star friend of mine and avid Trump supporter. To her, everyone else can go to hell.  The article, which is a rehash of old news about Michael Flynn and the “Fox News” Russia Hoax, droned about all the garbage that we’ve heard before from this source of Entertainment. It comes on the heels of the Justice Department “dismissing” the investigation about Michael Flynn but, Judge Sullivan, who’s had the Flynn case from it’s beginning, is the ONLY one to actually dismiss it.
You see, I worked at the FCC from 1995 – 1996 and was there when Rupert Murdoch applied for the Auction License for “Fox News!” He did NOT apply for as a NEWS organization but as an ENTERTAINMENT company. You can view this filing with the FCC. This means that ONLY 17% of what they broadcast is TRUE and the rest, well, it is nothing better than MSM. It’s all just ENTERTAINMENT! 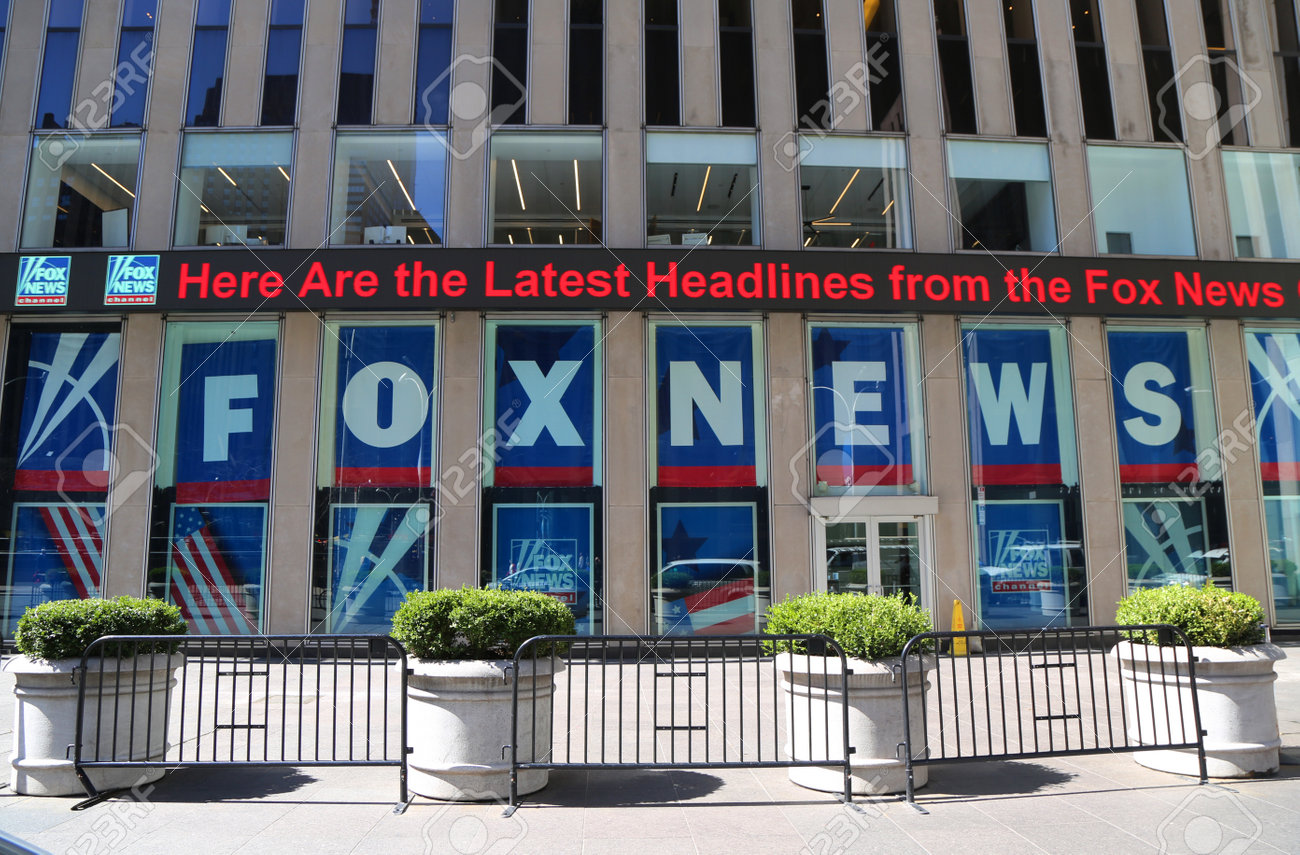 Now, that being said, I love Chris Wallace, Brit Hume, Judge Napolitano, Shepard Smith as well as Catherine Herridge (now with CBS) because she couldn’t take being with Fox anymore. But take that 17% and understand only that comes from the REAL broadcasters in at that station. The rest in Prime Time are nothing but celebrities that just read from a teleprompter and can’t find a cohesive journalistic sentence with a flashlight in a dark room.
My wife traveled from FL back to WA and stopped in Dallas, TX. She went outside to smoke, waiting for her return flight to Seattle. This was in 2016. She sat with a man who worked for CNN and what he told her validates what I said. He told my wife that he’s a NEWS PACKAGER. Meaning, he takes news from everywhere, packages it up, writes the scripts for the teleprompters and the “CELEBRITIES” to read. He went onto say that all stations and broadcasters of old, unlike Edward R Murrow, Walter Cronkite, David Brinkley, Mike Wallace, Dan Rather, etc… state the news at the beginning of the day (Midnight) and keep repeating it over and over and over again for the next 23 hours unless, like with the case of Fox, there’s a major car chase in CA, which, due to the COVID-19 outbreak have been hard to find, even with their helicopter. But I digress.

News, REAL NEWS, that PBS’s of the world, and like BBC America used to do, are GONE. Real HUMAN CONDITION stories are GONE! All we hear is what the news packagers want us to hear and how is that any different than what Hitler did in Nazi Germany.
The following is an excerpt from: https://www.bbc.com/future/article/20161026-how-liars-create-the-illusion-of-truth:  By Tom Stafford – 26 October 2016.
“Repetition makes a fact seem more true, regardless of whether it is or not. Understanding this effect can help you avoid falling for propaganda”, says psychologist Tom Stafford. 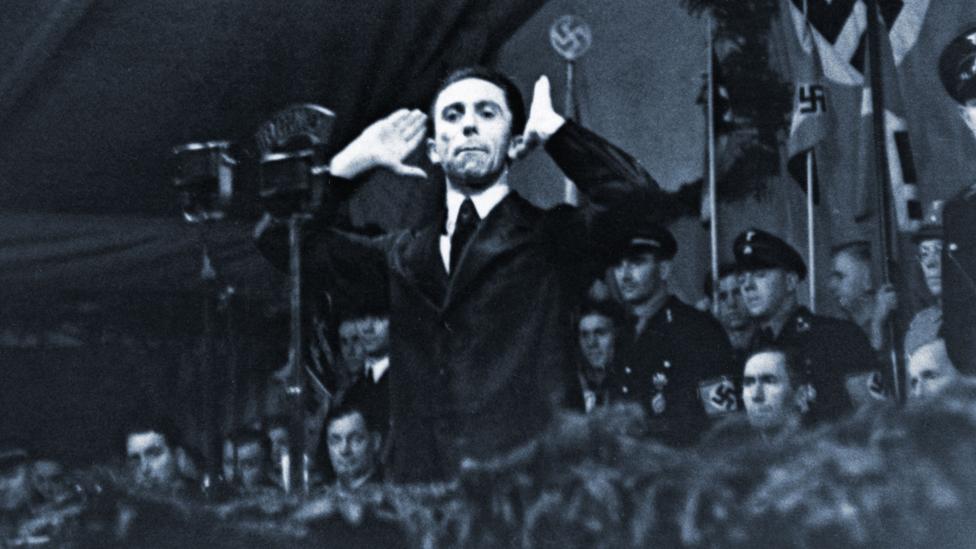 For example: “Repeat a lie often enough and it becomes the truth”, is a law of propaganda often attributed to the Nazi Joseph Goebbels. Among psychologists something like this known as the “illusion of truth” effect. Here’s how a typical experiment on the effect works: participants rate how true trivia items are, things like “A prune is a dried plum”. Sometimes these items are true (like that one), but sometimes participants see a parallel version which isn’t true (something like “A date is a dried plum”)
After a break – of minutes or even weeks – the participants do the procedure again, but this time some of the items they rate are new, and some they saw before in the first phase. The key finding is that people tend to rate items they’ve seen before as more likely to be true, regardless of whether they are true or not, and seemingly for the sole reason that they are more familiar.
So, here, captured in the lab, seems to be the source for the saying that if you repeat a lie often enough it becomes the truth. And if you look around yourself, you may start to think that everyone from advertisers to politicians are taking advantage of this foible of human psychology.
But a reliable effect in the lab isn’t necessarily an important effect on people’s real-world beliefs. If you really could make a lie sound true by repetition, there’d be no need for all the other techniques of persuasion.
For the entire article: https://www.bbc.com/future/article/20161026-how-liars-create-the-illusion-of-truth
So, believe what you will but understand, in this day and age of information technology and our deep desire to keep connected to the “internet”, we are losing who we are: HUMANITY! We are losing our connection to EACH OTHER where we used to talk, to just sit down and hear each other out instead of taking sides: RED BLUE, Republican Democrat, Black White, Kilingon Romulan, Brown Yellow, WHAT THE F**K is that? We all BLEED RED and our Bones are WHITE. Our brains are GREY matter and we are each unique individuals. 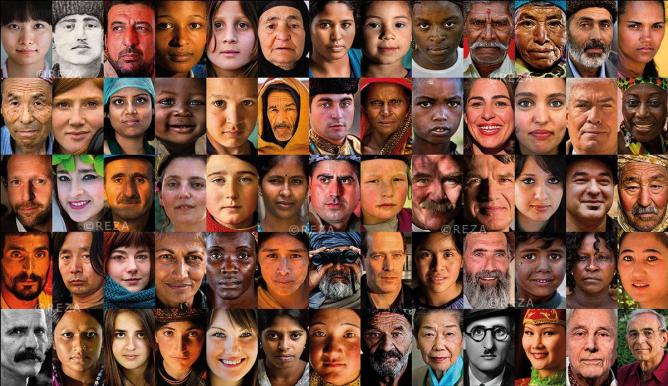 Let’s celebrate the human condition, humanity and ourselves for if we don’t stop FIGHTING and get back to who we once were, we’re destined for complete destruction and when the enemy comes knocking because we let our guard down, we’ll all ask: WHAT HAPPENED? But at that time, it’ll be too late for our republic will be forever lost to tyranny.
God bless everyone, and I mean all of us. Thank your neighbor, your family member, your friends, people you don’t know because before long, that chance to show love will perish.
Tom Stafford’s ebook on when and how rational argument can change minds is out now. If you have an everyday psychological phenomenon you’d like to see written about in these columns please get in touch with @tomstafford on Twitter, or ideas@idiolect.org.uk.