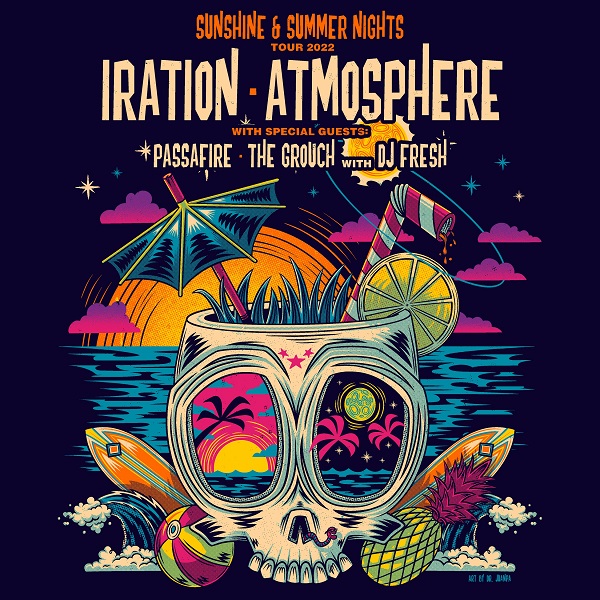 Tickets on sale NOW.  Get them HERE

The tour kicks off on Friday July 8 in Las Vegas, NV at Las Vegas Events Center, rolls through major markets coast-to-coast, and concludes on Friday August 26 in Irvine, CA at FivePoint Amphitheatre. Support comes from Passafire, founding member of Living Legends, rapper and producer The Grouch, with DJ Fresh.

Along the way Atmosphere and Iration will also grace the lineups of the San Diego Bayfest in San Diego, CA on July 9 and Reggae Rise Up Maryland in Baltimore on July 30.

The Hollywood Times had the opportunity to talk with lead singer/songwriter Micah Pueschel about the upcoming tour.  Grab those earbuds/headphones and enjoy the conversation:

The Hollywood Times is a big fan of Iration and attended Cali Vibes. Check out our article here:

Cali Vibes – Long Beach, Was the Best Festival Yet

“We cannot wait to run around this summer making party with the people,” adds Slug of Atmosphere. “I need to hear the sounds of smiles and feel the sun’s nourishment. Going out on the road with Iration is a blessing. They are pros at making party. We will bathe in the vibes.”

“We’re incredibly stoked to be going out this summer along side Atmosphere,” shares Iration lead vocalist/guitarist Micah Pueschel. “They are a group that we have loved and listened to since our first tour. We’ve also got Passafire and The Grouch joining us who are great artists that will make the show a rad and diverse blend of sounds. See you out there!”

In advance of the tour, Atmosphere are also celebrating the 20th anniversary of their groundbreaking sophomore album Lucy Ford. In honor of the occasion, the album is to be released on vinyl for the first time ever, Friday May 27 via Rhymesayers Entertainment. An exclusive vinyl variant, limited to 1000 colored copies and sold directly through Atmosphere’s web store, was sold out within hours of its announce. Meanwhile, the standard version on black 2xLP vinyl will be widely available on release day. Pre-Orders available HERE. 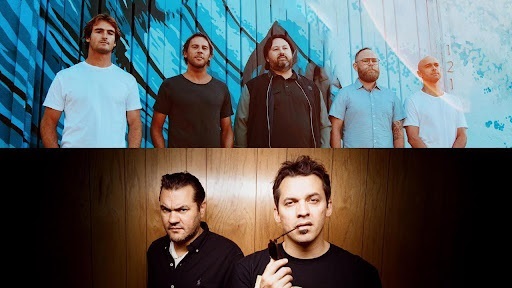 For over two decades, Atmosphere have quietly influenced and instigated progression of hip-hop as evidenced by sales of 2 million-plus units independently and over 1 billion streams as well as widespread critical acclaim. Last year, they teamed up with Cypress Hill for a massive co-headline run with Z-Trip. Additionally, they took the stage at Reggae Rise Up Florida, Cali Vibes, and Cali Roots Baja Sessions (Mexico). Over the years, they’ve ignited Coachella, Lollapalooza, Bonnaroo, Outside Lands, Soundset, Life Is Beautiful, Governors Ball, Riot Fest, and beyond. Atmosphere – rapper Slug and DJ/producer Ant – is touring in support of their most recent album WORD?, released October 2021 via Rhymesayers Entertainment, which debuted at #4 on the Billboard Top R&B/Hip-Hop Albums chart and #29 overall and has accrued over 5 million streams on Spotify to date. The 14-track collection features “Barcade” (feat. Aesop Rock & MF DOOM), “Woes,” and “Clocked”. WORD? has received rave reviews with Under The Radar Magazine hailing the album “successfully proves that Atmosphere still have the chops to pull off a compelling record” and HotNewHipHop stating, “it’s all Atmosphere, who remain in fine form both lyrically and behind the boards.” Listen to WORD? HERE. 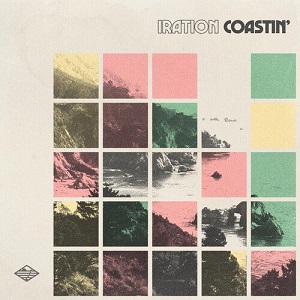 Iration is touring in support of their latest full-length album Coastin’, which debuted at #2 on the Billboard Reggae Albums chart upon its June 2020 release. Coastin’ (Three Prong Records), the band’s seventh full-length studio album, is a 13-song musical journey showcasing Iration’s distinct hybrid style of music blending rock and reggae with elements of pop and newly incorporated R&B, funk and jazz sounds. Coastin’, declared “truly a melting pot of what this group is capable of” by mxdwn, features the singles “Right Here Right Now,” “Move Forward,” “Coastin’” and “Chill Out” along with guest appearances from Common Kings and Eli-Mac. Iration has racked up more than 1 billion total streams worldwide and established themselves as one of the most popular reggae-rock bands in the world. Listen to Coastin’ HERE.

An inimitable fusion of styles, sounds, and good vibes all around will unite audiences at each and every date. Check out the full confirmed itinerary below. 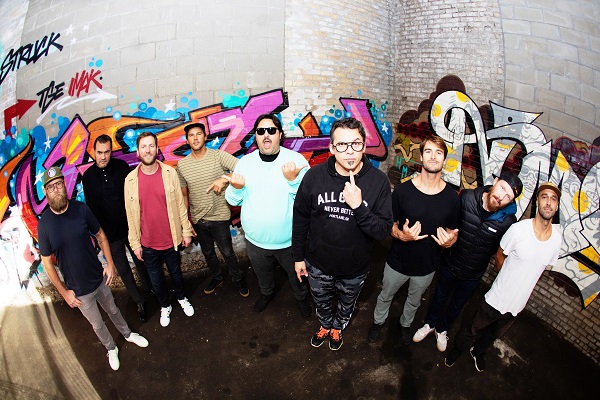