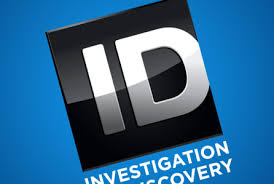 (Silver Spring, Md.) – Summer 2016. Decades of tension between police and blacks explode into violence. After two black men are shot to death by police in St. Paul and Milwaukee, the videos of their deaths go viral, resulting in back-to-back revenge killings of police in Baton Rouge and Dallas that send the country into a spiral of grief and anger. On the heels of the controversial decisions coming out of St. Paul and Minnesota this week around the shooting deaths of Philando Castile and Sylville Smith, Investigation Discovery (ID) presents the premiere of the one-hour special, BLACK AND BLUE, an urgent and timely exploration of the current state of police affairs and race relations. Produced exclusively for ID by NBC News’ Peacock Productions, and featuring investigative reporting from Emmy Award-winning journalist Tony Harris, BLACK AND BLUE premieres this Saturday, June 24 at 8/7c. The special will be available on Investigation Discovery’s TV Everywhere app, ID GO, beginning Sunday, June 25.

As the tragic shootings by and against police continue to drive headlines, Harris travels the country to reveal how these ongoing incidents are impacting African American families in their homes and communities across the U.S. as protests erupt across the country. Citing an ever-growing list of police killings – Michael Brown, Freddie Grey, Walter Scott in addition to Castile and Smith – Black Lives Matter activists demand justice for oppressed black communities. Blue Lives Matter supporters demand respect for law enforcement who risk their lives protecting citizens. As verdicts are rolling in and the summer heat intensifies, so does this question: will the divide between the two groups widen? Or now that they both feel caught in the crosshairs, can that shared perception begin to bring about much needed healing?

An issue that is deeply personal to Harris, as a young man growing up in Baltimore, he recalls fearing the police because of how they treated people who looked like him.

“I have real stakes in this discussion. I have two black children I’m launching into the world. One is a black male,” said Harris. “As aggressively as we rebuild a fallen bridge in Atlanta, we need to be just as aggressive about building a trust bridge between black and blue. Enough of the loss of life on both sides. We need this discussion.”

“While even reasoned discourse can’t mend the wounds of those injured in the line of duty or salve the broken heart of a mother who has lost her son to police violence, it may help us to understand complex community issues and how to avoid future tragedies,” said Henry Schleiff, Group President, Investigation Discovery, American Heroes Channel and Destination America. “Indeed, these may be among the most turbulent times in our country since the civil rights movement in the 1950s and ‘60s, and, accordingly, we believe that Tony Harris, who has been reporting on race relations for more than three decades, is well positioned to provide important context – both historical and personal – to this multi-faceted debate.”

In BLACK AND BLUE, Harris explores the “trust deficit” that exists between police and blacks and how it can be breached. Putting himself in the shoes of members of the black community, as well as in the shoes of police officers, Harris asks the hard questions: can police training and policy be reformed to be more humane, less aggressive, and more respectful of the history and challenges faced by blacks in America? Are the wounds inflicted on the black community by policing too great to close or is there hope for a just and peaceful way forward?  And, what can we learn from the videos splashing across social media about better policing and self-preservation?

Peacock Productions, a division of NBC News, is a nonfiction production company that combines the editorial expertise, technical resources, and seasoned talent of NBCUniversal to create series, events, and live specials for global audiences. Peacock Productions reaches more than 300 million people worldwide every year across broadcast, cable, syndication, and emerging platforms with its award-winning specials and series. Sharon Scott is the President and General Manager. For more information, visit: http://www.peacockproductions.tv/

Investigation Discovery (ID) is the leading mystery-and-suspense network on television. From harrowing crimes and salacious scandals to the in-depth investigations and heart-breaking mysteries behind these “real people, real stories,” the always revealing network challenges our everyday understanding of culture, society and the human condition. One of our nation’s fastest growing cable networks, ID delivers the highest-qualityprogramming to approximately 85 million U.S. households and is available in both high definition (HD) and standard definition (SD). For more information, please visit InvestigationDiscovery.com, facebook.com/InvestigationDiscovery, or twitter.com/DiscoveryID. Investigation Discovery is part of Discovery Communications (Nasdaq: DISCA, DISCB, DISCK), the world’s #1 pay-TV programmer reaching nearly 3 billion cumulative subscribers in 220 countries and territories.

HOLLYWOOD IS FULL OF BLOODSUCKERS