Seattle, WA (The Hollywood Times) 12/4/17 – His Highness Prince Waldemar Schaumburg-Lippe (born December 19th, 1940 in Glienicke Palace, Berlin) is an award winning German prince, author and TV-personality and a member of the Schaumburg-Lippe princely house’s Nachod Branch. He is one of the highest ranked princes of royal blood in Europe. Prince Waldemar’s relatives reign 2017 in 27 countries and fourteen British Overseas Territories worldwide (Click to view His Highness, Prince Mario-Max’s website) because his mother was H.R.H. Princess Feodora of Denmark. The family resides in Germany, Austria and Monte Carlo, Monaco and is known for being benefactor and philanthropist for numerous select charities since several generations.

His son Hollywood actor and television host His Highness Prince Mario-Max Schaumburg-Lippe is currently starring in a Christmas show entitled: “Chill” being presented on the Queen Mary. H.H. Prince Mario-Max is in the main cast of “Chill” as St. Nicholas; the gift-bringer.

H.H. is all about helping Veterans and he supports the Routenstein Foundation that provides scholarships for children of veterans.

“It’s important that we celebrate Christmas and Hanukkah by spreading respect and peace for each other,” he says. “As a guest of the United States, I always refrain from commenting about politics because I respect my host country.” 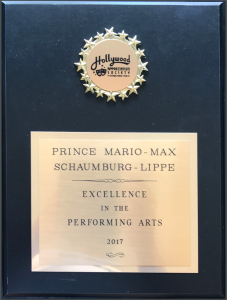 H.H. Prince Mario-Max comments that he is the son of Royal father and Jewish Mother. “My mother would say to me, ‘I was always a princess,’ even i saw her work 20 hours a day for animals as a vet and as a politician in the legislative assembly to help animals. Now she is an amazing journalist and author”, the Prince said.

H.H. Prince Mario-Max is a descendent of King Frederick the VIII, related directly to Her Majesty, Queen Elizabeth, H.R.H. Prince William and H.R.H. Prince Harry. “My ancestor is the brother of Queen Alexandra and my extended family rules 27 countries as of 2017,” the Prince told me.

Pete: How did Prince Harry and Meghan meet? Details that aren’t otherwise already out there.

Prince Mario-Max: “It was a special moment when Prince Harry and Meghan Markle met. It’s a true fairytale story of when a guy who was a private and secretive man meets a self-made, bi-racial woman living the American dream, becomes an international movie star and meets a Royal Prince. It’s truly about a hard-working girl and a Prince. This shall serve as a role model that is about love and how love has no borders. It is pure, and this is leading us to the sunshine island…”, the Prince says.

Pete: I’ve read a mixed-race princess will be great idea…can you explain that and how will Prince Harry and Meghan Markle’s, the future Duchess of Sussex’s, marriage change the Monarchy?

I love the sign the two are giving. It has nothing to do with race,” he states. “She ‘is’ the future and probably the most beautiful princess to be, next to my mother and sister of course.” (he laughs).  Prince Mario-Max tells me that he himself has dated an African British Lady and he goes on to state that he was the innovator, if he says so, of mixed race Royal dating. “Race can’t and shouldn’t even be a topic.

H.H. Prince Mario-Max: “The engagement of His Royal Highness Prince Harry has been everything else but a standard, royal glitzy thing. It was a personal and private moment of a boy looking for love after losing his mother so early, finally finding trust in the right girl,” the Prince says.

Pete: Tell me about the modernization of the Royal Family and that no one in line really wants to be King or Queen. Can you explain that and how it will affect the traditions of being a Royal and how do you see Harry and Meghan a part of the modernization?

Prince Mario-Max: “The dust got cleaned out of royalty with Queen Elizabeth. She’s still doing 900 appointments a year at 91 years old and shows no signs of stopping”, Prince Mario-Max says. “Herself being a lioness, Meghan, fits right in perfectly. She’s already proven that she’s got what it takes. She met an alpha man, who happens to be a cool guy and who happens to have this rare title of being a prince.” 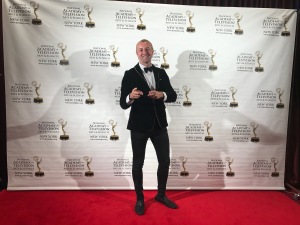 In conclusion, I must state, while interviewing H.H. Prince Mario-Max, I felt a deep connection to this wonderful, kind, and generous man. He touched my heart with his dedication and love for our Military Veterans here in the United States and for his passion for children’s education around the world.

Of note, while on the phone, with H.H. Prince Mario-Max, he got to speak to my son, RJ who’s in the 4th grade. It was a real treat for my son to speak to H.H. Prince Mario-Max. Now he can’t stop talking about him and wants to interview the Prince for a school interview. The conversation motivated RJ to even to want to clean his room in preparation for a future Royal visit my son invited His Highness to. We still need to check with the Princes’ schedule first, of course but RJ’s room has never looked cleaner.

Thank you, Your Highness for the opportunity to speak to you about the upcoming wedding of H.H. Prince Harry and Meghan Markle. It was an honor and privilege, sir.