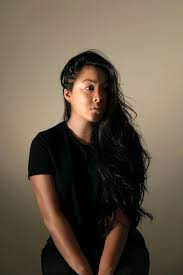 Los Angeles, CA (The Hollywood Times) 11/19/2021–Director Erica Eng’s Americanized shares the story of a teen growing up in the diverse Oakland, California’s hip hop culture who struggles to fit in—on and off the basketball court. Eng wrote and directed the film based on her own experiences, about which she says, “I wrote this story based on my experiences growing up in Oakland as a fifth-generation Chinese American. I had a hard time understanding what it meant to be Chinese because my family didn’t speak the language, cook the food, or practice many of the traditions. I didn’t feel fully Chinese, or fully American—I just felt lost.” 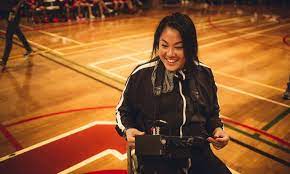 The film was even shot entirely at Eng’s own alma mater, Skyline High School, and has become Oscar-qualified after winning “Best Dramatic Short” at their world premiere at Cinequest. Eng went on, “I wanted to express my identity and showcase how there’s diversity within the Asian American experience. I never felt like my story was being told, so I felt compelled to tell it myself.” Eng is now based in Los Angeles, but she continues to be inspired by her Oakland roots and creates work that reflects the diverse community in which she grew up. 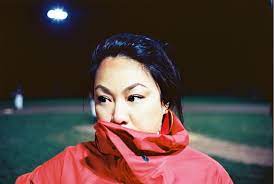 Eng says that this experience was based on real life, and that: “The egg moment was something that actually happened when I visited my grandmother and she had a black eye. I thought someone hit her but she said she fell. She was rubbing an egg on her eye and she said that it takes the toxins out of the eye and goes into the egg, and then you eat the egg afterward. I think Chinese people have some superstitious values and I thought that was a really fun way to showcase my culture in one quick moment.”

The film stars non-binary actor Terry Hu (Disney’s Z-O-M-B-I-E-S 3 and winner of the 2018 ABS Digital Talent Competition) alongside Amber Gaston (20th Century Fox short—Alien), and the striking cinematography was created by Drew Daniels (Waves and the Oscar-winning short film “Skin”). Eng also partnered with Producer Simran Mahal, a first-generation Indian American, who immediately resonated with “Americanized” because growing up she found herself stuck between two cultures as well—not feeling Indian enough, or American enough. Mahal focuses her producing work on supporting minority and BIPOC artists and storytellers so she can support diverse narratives that shift viewers’ perspectives. Mahal was the recipient of a 2020 SFFILM residency and her short films have screened at Sundance & SXSW. 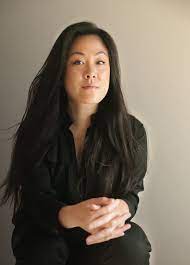 Eng’s combined background in film and dance influences the rhythm and energy behind her emotional storytelling. Through her character-driven films, she creates stories that explore themes of cross-cultural relationships, acceptance, and self-discovery by playing on the universal coming-of-age struggle to fit in while also finding one’s identity. This film will surely reverberate through the souls of the young and old alike, the minority and BIPOC communities, as well as nearly everyone else because it points out the age-old question of, “Where do I belong?” that becomes a part of everyone’s spiritual and emotional growth journey as we come into ourselves as young adults. This becomes even more poignant and heartrending when one struggles to embrace two cultures, which Eng has beautifully and expressively demonstrated. May we all be moved to search our souls to empathize more with others undergoing this plight in the future after internalizing the core ideas of the powerful, brilliantly directed, courageous film, Americanized.