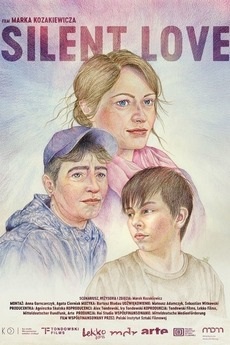 About the Film: “Silent Love” is an incredibly intimate documentary looking at the lives of two women in love and raising a pubescent teenager in a small Polish village.  Aga plays the role of both mother and father to her teenage brother, Milosz, but there is something vital she isn’t telling him about. It’s her relationship with Maja. The film follows the three of them as they navigate trying to build a new model of a family in the midst of a traditionally conservative and closed community. Together, these three alternately struggle and then succeed as they form this new family – but ultimately, “Silent Love” is a coming of age and a coming-out story about taking on new roles, and redefining the old ones. It’s a tender story about the courage to love despite all the obstacles.

Logline: After their mother’s death, 35-year-old Aga has to take care of her teenage brother, Milosz. There is one thing she isn’t telling him about: her ongoing relationship with Maja. An unconventional family is being born in a small, conservative Polish village.

The Hollywood Times had the opportunity to speak with Marek Kozakiewicz about his new film “Silent Love.”  Enjoy the conversation: