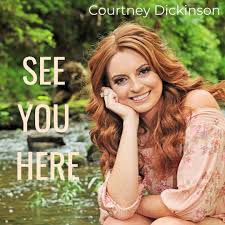 Previous two singles, “So Over The Rainbow” and “Freedom” reached the Top 40 on the Music Row Chart.

Won a contest with Atlanta Kicks 101.5 to sing a duet of “Ready, Set, Don’t Go” with Billy Ray Cyrus.

Participated in Marriott Rewards Battle of the Bands, finished in the Top 3 and performed in Austin, Texas at Marriott’s Corporate Event.

As a child and teen, she had an acting career in film and commercials and is a SAG member.

Earned a degree in Marketing with honors {online} while touring radio stations, performing all over the U.S promoting a TOP 40 single on her own without a promotions team.

What a treat to watch Courtney perform Tennessee Whiskey:

Works with Variety, the Children’s Charity of Georgia

Variety is an international charity whose mission is to enrich, improve, and fulfill the lives of children living with disabilities and disadvantages. Every child deserves the opportunity to live, laugh, and learn. Our focus is to provide health, wellness, and educational programs to under-served children who are disadvantaged or have special needs.

A rarity having a clear vision of her goals early in life, country artist Courtney Dickinson paved her own, unconventional path from the start. Going as far as dropping the stereotypical high school and college lifestyle. She attended online classes in order to spend more time honing her skills, it’s obvious her tenacity, work ethic and evident talent set Dickinson apart from others. From her first time on stage at five years old with the Little General Cloggers dance group at the Grand Ole Opry, Dickinson knew she was destined for the stage. Later, Dickinson entered a contest with Atlanta’s Kicks 101.5 and won a duet performance with Billy Ray Cyrus during the station’s Lunchtime Live event, singing Cyrus’ “Ready, Set, Don’t Go” for listeners. As she continued to fine-tune her sound, Dickinson tested it out with performances at Nashville’s Bluebird Cafe, Hard Rock Battle of the Bands, CMA Music Festival, Belk’s Southern Original Showcase, pre-show parties for Sugarland, Big & Rich and Cowboy Troy, the NCAA St. Patrick’s Day Party and the National Anthem and pre-show for the Atlanta Braves.

Along with these performances she began to learn the craft of songwriting and began co-writing and recording new material. She released “So Over the Rainbow” and watched as it exploded onto the Music Row Chart. In a record number of weeks “So Over The Rainbow” climbed into the Top 40. She followed up with her second single “Freedom,” which also landed in the Top 40. Dickinson has set herself up for success as she releases more new music this year. For more information visit www.courtneydickinson.com.