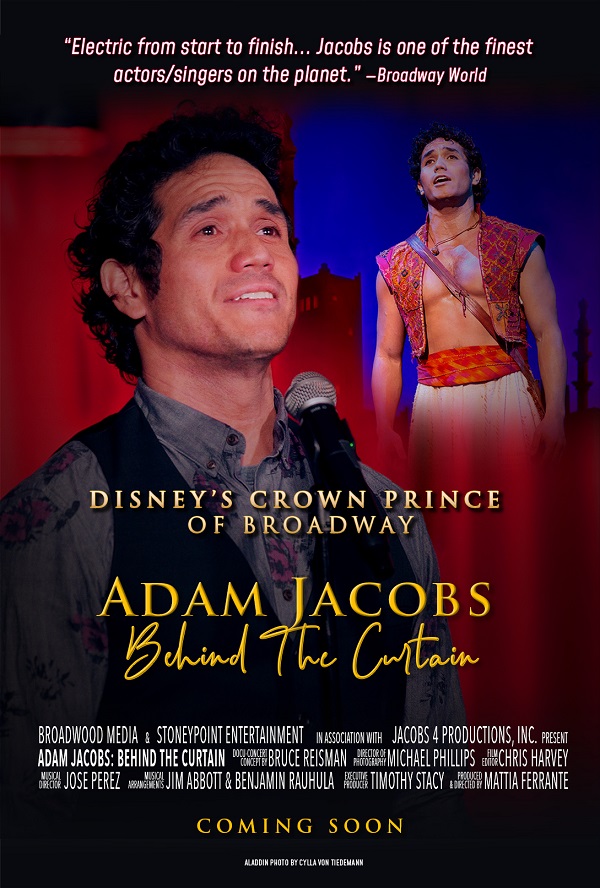 Tulsa, Oklahoma (The Hollywood Times) 06/03/2021 – Audiences around the world know Adam Jacobs as the star in two of Disney’s hit Broadway productions. The actor and singer was a cast as Simba in The Lion King and he later took on the title role of Aladdin.  Jacobs has toured the globe performing in front of live audiences. He’s done multiple National and International TV appearances.

Most recently, Jacobs has been lending his talents and skill to the film projects. He starred in Writer/Director Bruce Reisman’s Last Call in the Doghouse.  Reisman also gave Jacobs’ the chance to star in his own docu-concert Behind the Curtain. 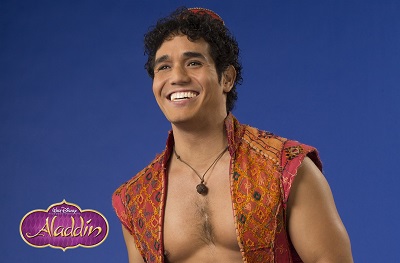 Adam Jacobs is bringing his talents to the new feature film, Adam Jacobs – Behind the Curtain.

Filmed at a one-night-only performance at Feinstein’s at Vitello’s in Los Angeles, the film tells Adam’s personal story as the son of mixed heritage (a Filipina mother and a Jewish father) and pursuing his dreams as an actor and singing artist. Adam shares his experiences facing numerous obstacles due to his not fitting into any prescribed racial mix.

The project is presented in a new “docu-concert” format, allowing for a more personal look into the life of the famed performer. From the song selections to Jacob’s sharing about his life and career between musical numbers, – Behind the Curtain welcomes audiences to experience Adam’s life and passions in a way never before seen in a filmed concert.

For Adam, it was an opportunity for fans to get to know him beyond his roles. “People mostly know me as a Disney prince, which is something I’m very proud of, but I wanted to show more about who I am, and the journey I’ve taken,” says Adam. “Behind the Curtain is a more intimate look at that.”

The movie was the idea of Broadwood Media founder, Bruce Reisman. After casting Adam in his film Last Call in the Dog House, Reisman proposed the idea of working on a concert film, though he suggested that they present it in a way that went beyond a standard concert film, telling a story that could engage the audience.

The project evolved into a stylish, multi-camera performance experience with the audience in the front row. Adam not only sings his Disney favorites from Aladdin and renditions of songs from Phantom of the Opera, Les Miserables, but he also transitions from contemporary standards to nostalgic pop hits.  “It’s a mix of classic Broadway tunes and popular R&B and rock songs,” says Adam. “I think fans will be surprised to see this different side of me.  I’m secretly more of a rocker than a Broadway balladeer.”

Adam Jacobs – Behind the Curtain is available on DVD and streaming NOW at STONEYPOINTEntertainment.com, with a substantial discount prior to its worldwide release on all platforms, including Amazon and iTunes.

We talked to the talented actor and singer to get more insight into what drives his creative pursuits both on stage and screen.

Adam, describe the feeling you had when chosen by Disney to star in The Lion King and later Aladdin? 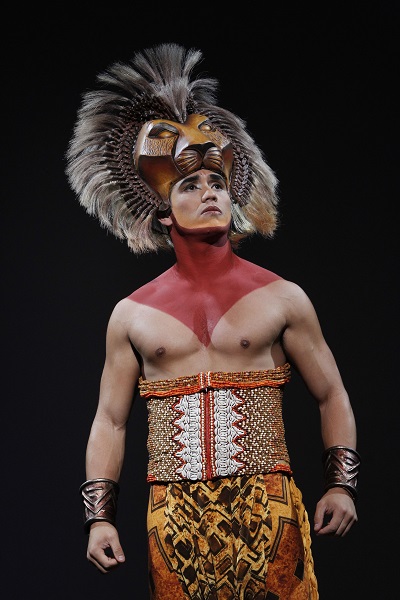 When I first got the news that I’d be playing Simba, it was a combination of excitement and relief.  I say relief because I auditioned for the role about 6 times over the course of 8 years.  You could say it was the culmination of a long journey.  And I was actually playing Simba when I was first offered the chance to play Aladdin in its developmental phase.   I was taken off The Lion King national tour for a week to do the first table read in NYC.  Countless presentations and readings later, we did the out-of-town tryout in Seattle, still not knowing if any of us would be used in the Broadway production.  Finally, I got the call from agent that they wanted me and I was over the moon.  I was a little incredulous actually.  I couldn’t believe that I’d be playing a role that I grew up watching and loving in the animated version.

What is that first night in front of an audience like, when starting a new production?  How different is that feeling than the last night?

Opening night of a new production is absolutely thrilling.  And a bit nerve-wracking of course.  Will I remember my lines?  My blocking?  The anticipation is the hardest part, but once you’re on stage, the hard work and preparation takes over (hopefully) and you can just enjoy being in the moment.  The closing show for me is always bittersweet.  In the case of Aladdin, after playing the role over 1500 times, it was hard to imagine that journey finally coming to an end.  I was enormously grateful for the opportunity and also sad to see it end.

It’s been said that theater is like walking a tight rope without a safety net. Do you find this to be true?

I’d say that’s pretty accurate!  One of things I love best about performing is that it’s LIVE. Even though you may have rehearsed for hours and hours and think you know how it’s going to go, the show is never the same twice.  The energy from the audience is different, your fellow actors give off different energy or make different choices.  The occasional stage mishap or slightly tweaked line makes you feel as though you’re walking on the edge of a precipice and could fall any moment.   You’re forced to be completely in the moment, and because of that you feel truly alive.

Can you give us one “best review or compliment” you’ve read or been told that’s stayed with you, regarding your Disney performances?

I’ve had a couple young adults over the course of my Disney career tell me that my performances as Simba or Aladdin literally saved their lives.  They tell me of their depression or anxiety that’s overwhelmed them and that my work brought them back from the brink and gave them hope.   Moments like that stick with you.  How could they not?  The truth of the matter is you never know what people are going through in the audience.  From the stage,  I don’t even see many faces, mostly a sea of black.  So whenever I’m able to meet someone and hear how I’ve had such a positive impact, it means a lot.

Tell us about Last Call in the Doghouse?

This is the first time I’ve had a lead role in a feature film as well as the chance to take a deep dive into a character,  so I’m very excited to see how it all comes together.  When I first read the script I loved the premise and thought it was a great concept for either a series or film.  In the film I play a young rabbi who has been adopted into a supernatural family that owns a New York City bar, and at “last call”, we go to work essentially saving souls, assisting the patrons who are broken for whatever reason.   I like to say it’s 1/3 Cheers, 1/3 Touched By An Angel, and 1/3 Twilight Zone.

Describe the directing style of Bruce Reisman on that project.

I think Bruce Reisman put a lot of work into putting together the right cast, which allowed him to give us freedom on set to find the chemistry and develop characters.   He put a lot of trust in us and I appreciate that as an actor.  Oftentimes writers who also direct their own material have trouble letting go of it or seeing it in a different way, but Bruce didn’t have that problem at all.  As a result, hopefully what you see in the end are more dynamic performances.

How did Behind the Curtain come about?

It was actually Bruce Reisman’s idea to tape a live concert performance while I was in LA doing his film.  It started off as a side project but quickly became something larger and more important to me.   Basically, we recorded a one-night only live cabaret show at Feinstein’s at Vitello’s, intercut some personal interviews and media, and the result is an intimate look at my journey both as an artist and a human being.  I reveal obstacles I’ve faced, dealing with mixed ethnicity as a child, playing iconic roles and the pressure of all that, dealing with relationships in the industry… I cover a lot of territory and I think fans will learn a lot more about me in the process.

What do you hope audiences take away from Behind the Curtain?

First and foremost, I hope they’re entertained!  I sing a number of classic Broadway tunes and then segue into pop, rock and R&B so at the very least I hope they enjoy my performances.   On a more personal level, I hope people can find solidarity and inspiration from the stories and anecdotes I share.  I want viewers to be able to relate to me in a way that allows them to hopefully better themselves.

What are the biggest differences between acting in a film verses theater?

The creative processes for both are quite different.  First off there’s no live audience in film to let you know if you’re doing a good job.  No applause, laughs, or suspenseful silences in which you can hear a pin drop.   You have to trust the film director on that one.  Secondly, the camera condenses the storytelling into a much smaller physical and emotional space.   No playing to the back row of the house.  I think some theater actors interpret that as “doing less” for the camera, but I like to think of it as simply more focused energy.   I find it challenging and I like that.  While my heart will always be with live theater first, acting onscreen is a medium that I hope to continue to explore. 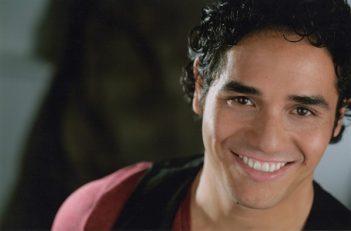 Adam Jacobs is most known for originating the role of “Aladdin” in Disney’s Aladdin on Broadway for which he received a Drama Desk and Grammy nomination.   Other Broadway credits include “Simba” in The Lion King, and “Marius” in Les Miserables.  Favorite regional credits include: US Premiere of Zorro at Alliance Theatre (Suzi nomination), Once On This Island at Paper Mill Playhouse, and Something Rotten at the Marriott Theatre, IL. His television credits include the series Soundtrack, Chicago Med and The Bachelorette, as well as appearances on The 68th Annual Tony Awards and Good Morning America. Adam’s debut solo album, Right Where I Belong featuring songs of Alan Menken, is available on iTunes and Spotify. You can follow Adam on Twitter or Instagram @AdamJacobsNYC, or on his website, adamjacobs.net. 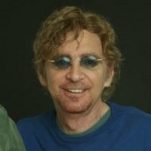 Bruce Reisman began his career as a staff writer-producer on such TV shows as CHIPs, The Fall Guy, TJ Hooker, Airwolf, Tour of Duty and The Young Riders. Following his many years as a studio contract writer, he became known as a “script” doctor for both Lifetime and Hallmark genre-type projects, where he became known for his special affinity for writing realistic female characters.

Bruce went on to write and direct his own original stage plays, having many produced in Los Angeles and New York, all to critical acclaim. He adapted his play Blank, based on stories told to him by his friend and mentor, Broadway legend Joshua Logan, into the short film Drinks Prior. The film, which focuses on a forbidden romance between Montgomery Clift and Sidney Lumet, was recently turned into the feature film, As Long as I’m Famous, which is currently available on Amazon Prime Video. You can follow Bruce on Twitter @ByBruceReisman.