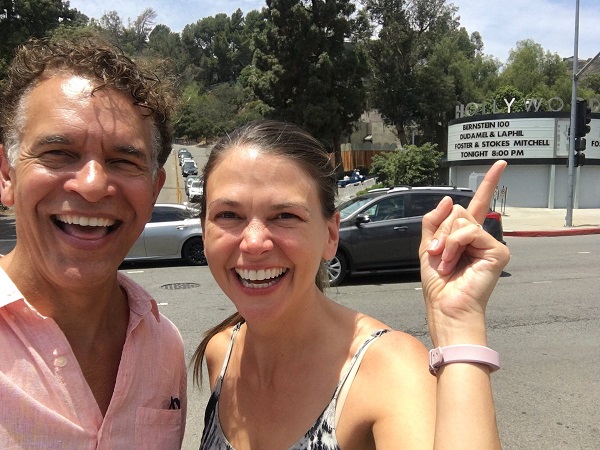 The Hollywood Times had the great opportunity to interview Brian Stokes Mitchell, known to his friends as Stokes, to talk about his involvement with PBS Television Series “In Concert at the Hollywood Bowl.” Hosted by LA Philharmonic’s Gustavo Dudamel.  The series will premiere on January 22, 2021 on PBS Stations Nationwide.

The Episode that Stokes will be featured in will air this Friday, January 29 at 10:00 p.m. called: “Musicals and the Movies.”

I had the opportunity to watch this episode and Stokes, along with Broadway star Sutton Foster gave a performance of a lifetime.  Their show was from a concert taped in 2018 for the 100th anniversary of the late Leonard Bernstein (1918).

Get a front-row seat to some of the best musical performances at the iconic Hollywood Bowl in Los Angeles. “In Concert at the Hollywood Bowl” takes you front and center to enjoy musical performances that cross generations and genres — from Broadway to jazz, to Latin American hits. Hosted by LA Phil Music and Artistic Director Gustavo Dudamel, experience world-class artistry from one of the world’s most beloved musical venues.

Preview of the episode: https://www.thirteen.org/programs/in-concert-at-the-hollywood-bowl/musicals-and-movies-preview/

He received Tony, Drama Desk, and Outer Critics Circle awards for his star turn in Kiss Me, Kate. He also gave Tony-nominated performances in Man of La Mancha, August Wilson’s King Hedley II, and Ragtime. Other notable Broadway shows include Kiss of the Spider Woman, Jelly’s Last Jam, Women on the Verge of a Nervous Breakdown and Shuffle Along. In 2016 he was awarded his second Tony Award, the prestigious Isabelle Stevenson Tony for his Charitable work with The Actors Fund.  That same year Stokes was inducted into the Theatre Hall of Fame. 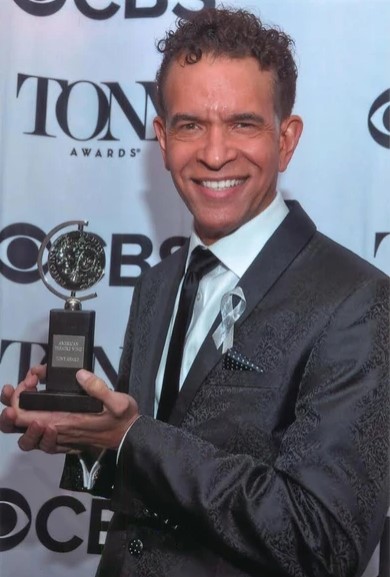 Stokes has made multiple appearances at Carnegie Hall beginning with his debut with the San Francisco Symphony through his televised performance in South Pacific opposite Reba McEntire to his sold-out solo concert, which he continues to perform throughout the U.S. He has been invited twice to perform at the White House (both times aired on PBS’s “Great Performances”) and has performed multiple times for Presidents Clinton and Obama.

Stokes has delved deeply into various music disciplines. In addition to singing he began piano studies at the age of 6. A self-professed autodidact, his musical curiosity led him to teach himself composing, arranging and orchestration, starting in his teens. He later studied, Film scoring, orchestration, and conducting both privately and through UCLA and subsequently scored and conducted a number of “Trapper John, MD” episodes, a series on which he was also a regular cast member. His musical talent has extended to the present day as producer, arranger and orchestrator on his three solo albums including Simply Broadway and his latest recording Plays With Music.  Stokes has appeared on more than 20 albums.

His extensive screen credits began with a guest starring role on “Roots: The next Generations”, followed by a 7-year stint on Trapper John, MD and have continued with memorable appearances on everything from PBS’ Great Performances to The Fresh Prince, Frasier, Glee, Jumping the Broom and his most recent recurring roles on Madam Secretary, Mr. Robot, The Path, Billions and The Good Fight.  Other recent TV appearances include The Blacklist, Elementary, and Bull. As a voice-over artist he has played dozens of characters on animated TV episodes including performing “Through Heaven’s Eyes” in  Dreamwork’s “The Prince of Egypt.” 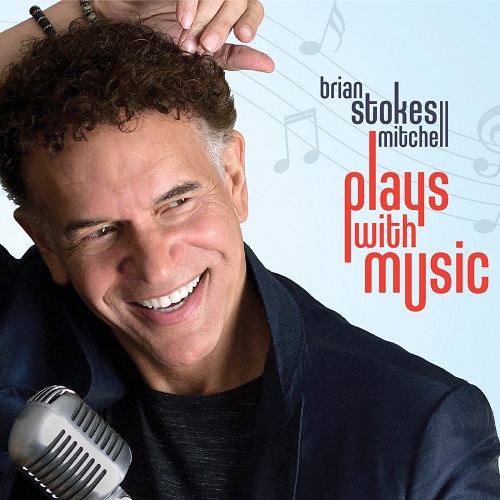 All profit from this album goes to the Actors Fund.  www.actorsfund.com Please donate and help the entire entertainment

If you are enjoying all your favorite shows on Hulu or any other platform, maybe, just maybe you could reach into your pockets to donate to the Actors Fund to help all those that are out of work that make these shows possible.

As a writer Stokes has contributed to the book Hirschfeld’s Harlem, wrote the preface to At This Theatre, and co-authored the children’s book Lights on Broadway.

Tony Award winner and Broadway icon, Brian Stokes Mitchell, brings star power to this Broadway treasury. With entries such as “audition,” “box office,” “marquee,” and “understudy,” kids will discover Broadway from A to Z. Elliot Kreloff’s energetic and dynamic illustrations come from someone who clearly knows theater from first-hand experiences. 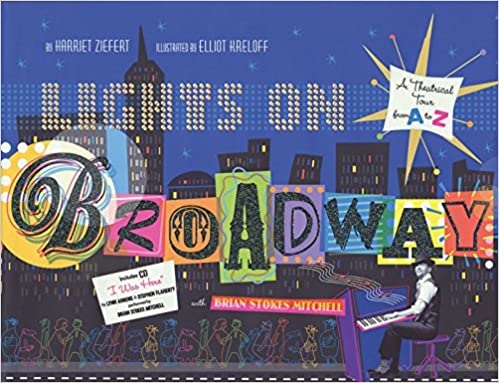 With an introduction by Mitchell, quotes from famous Broadway performers, and theater facts and trivia, fans of all ages will delight in this compendium.

For fun he has been known to fly planes and jump out of them (usually not at the same time), and he can ride a bicycle on a high wire.

Stokes has enjoyed working with numerous charitable organizations from the March of Dimes to the USO.

He is on the board of Americans For the Arts and is serving his 14th term as Chairman of the Board of the Actors Fund.

You can see more credits and information at: IMDB, Broadway Database, BroadwayWorld, Wikipedia 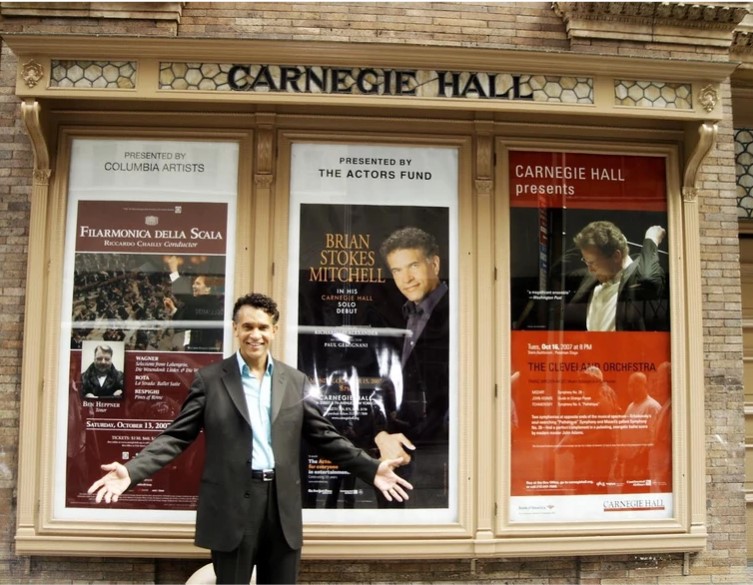