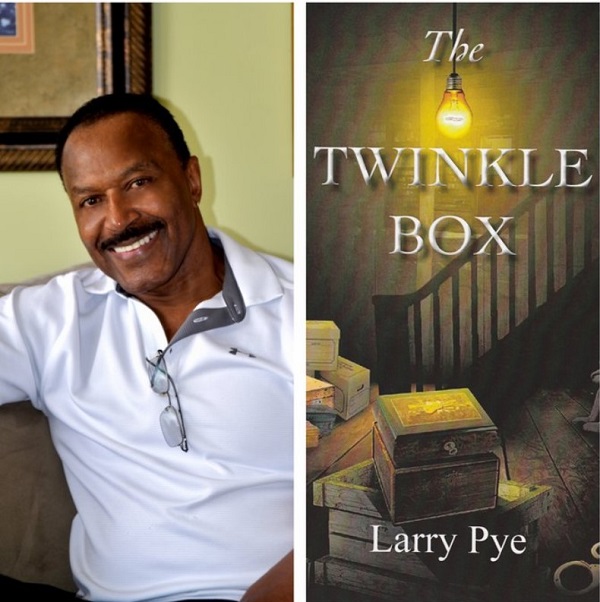 Rancho Cucamonga, California (The Hollywood Times) 12/11/2020 – “I have had many stories told to me during my 38 years as a probation officer, but this particular one, I knew it had to be told.” New novel writer Larry Pye told The Hollywood Times during a phone conversation.

It was a great pleasure to have spoken to Mr. Larry Pye.  What an career he had with the ability to listen to all those troubled kids, and women that had suffered under the abuse of a husband or boyfriend. This is what led him to write his first novel The Twinkle Box.

Author Larry Pye, states, “There’s a story behind every person. There’s a reason why they’re the way they are. Think about that before you judge someone.” He further adds, “Whoever reads my book, I hope they take from it that everyone has a backstory and no matter how we may appear, we all have problems. For better or worse, we are coping as best we know how.”

Larry Pye said that the story is loosely based on one of his clients from over ten years ago. A suicidal kid in juvenile hall who had many stories about his abusive dad.  Larry Pye was listening to the kid but wasn’t sure if these stories were true or not. Years later Larry met the client’s psychiatric social worker. The woman recognized his name and told him that their former client loved him and that the stories about the dad were true.

Listen to Larry tell his story about his new book during our phone interview:

“When I received my “signed” book, I was eager to start reading it. I do love a good thriller!  A new writer, a new novel, Wow.  I read the Prologue and I started crying, being a mother of two sons and three grandsons, it just hit me hard and I couldn’t image something that I had just read being based on a true story. I did put it down for the night, but picked it back up the next day and the pages just started turning and turning.  It is truly a story that you wanted to get to the end to find out what type of ending it would have.  The thrilling aspect of it.”

“This book would be beneficial to be read, by anyone that has been abused verbally and/or physically.  Larry discusses this during our interview.  Those of you that have book clubs, even during these times, should order up this book, read it and have an eye-opening discussion.  I highly recommend this book.” Judy Shields, The Hollywood Times

This Amazon #1 Bestselling novel tells the story of an engrossing psychological murder-mystery loosely based on a true story. The Father character is a charming, abusive, sadistic sociopath who could easily be your next-door neighbor. You will be intrigued by the deeply complex characters, each with a tragic backstory.

When you step into this dark world of romance, suspense, and terror you can’t help but to read next chapter. Yet through all the madness, a valiant hero emerges, and the chilling and graphic contents of the Twinkle Box are revealed. 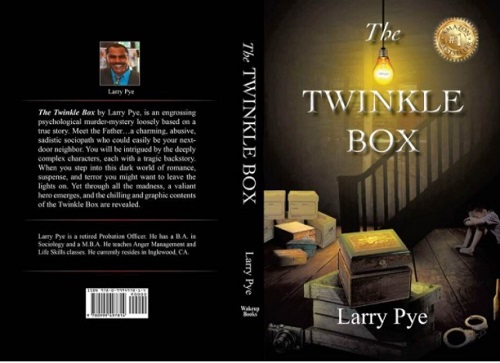 Check out The Twinkle Box Trailer: 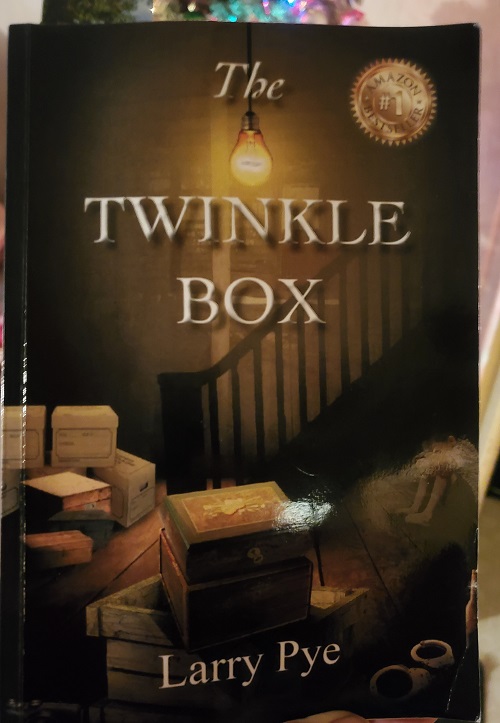 One reader stated, “Intense from beginning to end, The Twinkle Box is very different from books I usually read but is fantastic and extremely exciting to read. The stakes are high from the first pages to the last, and just when I think I know what’s coming next, Larry Pye reminds me who the master is. I love this book and I highly recommend reading it.” 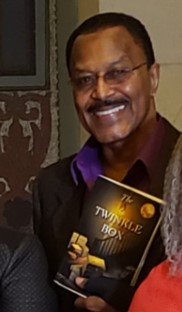 Bestselling author Larry Pye hails from Detroit, Michigan. Although born in Seattle, Washington, he left as a baby. Leaving the Motor City at an early age, his family settled in Los Angeles, California. He is currently a local Inglewood resident.

Mr. Pye is a retired Los Angeles County Probation Officer and author of “The Twinkle Box”, a five-star #1 Bestseller for new releases through Amazon. With very impressive reviews, the audiences continue to grow. Also, a variety of copies have been donated locally. As sales increase, his ultimate goal is to contribute to more Women’s shelters to help eradicate domestic violence. He has been requested at book events and is a very exciting and compelling speaker. During these events the audiences are simply captivated when he shares his thrilling experiences prior, during and after the creation of his novel.

Mr. Pye has a very warm and out-going personality. He has indicated that growing up with three siblings taught him how to share and the importance of family values. He has been married for 40 plus years and has an adult son.

Larry Pye has a B.A. in Sociology and M.B.A. During his free time, he volunteers by teaching Anger Management and Life Skills at a drug & alcohol rehabilitation facility in South Central Los Angeles. Many of the situations and experiences in “ The Twinkle Box” are based on and inspired by real life situations of clients he encountered during his 38-year career. He feels that his novel resonates with so many individuals because everyone has a back-story and still must survive with everyday problems.

Mr. Pye is humbled by the support system he has encountered during his journey and looks forward to having it continue by sharing his heart-wrenching and exhilarating novel.