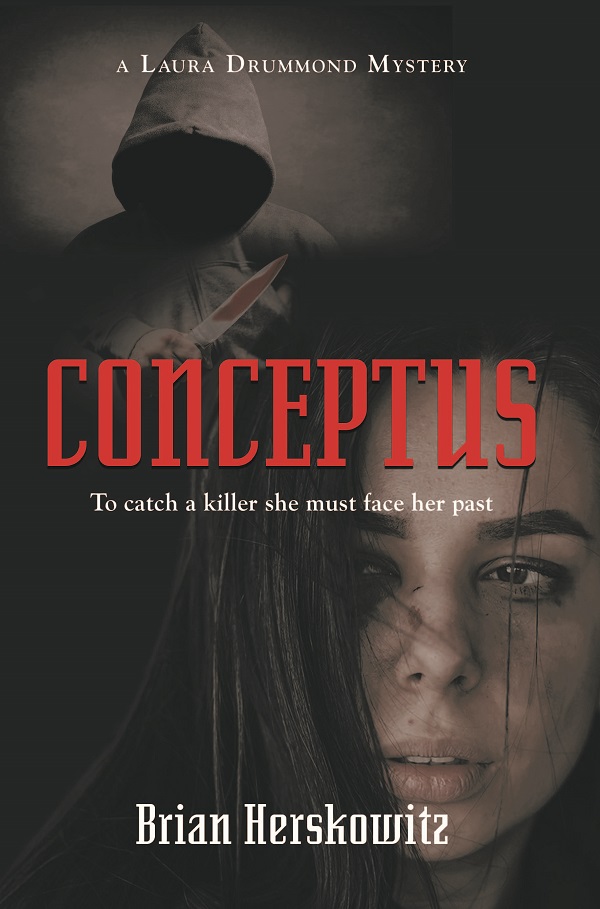 Los Angeles, CA (The Hollywood Times) 11/07/2021 –The book Conceptus, by California author, filmmaker and screenwriter Brian Herskowitz, has a ripped from the headlines feel to it, as it follows the story of Laura Drummond, a steely, smart, badass –bitch-and-owning-it kind of character whose  traumatic history will resonate with many a reader. Drummond is a police detective with military-style martial arts training who investigates a series of murders involving a serial killer. It isn’t long before she discovers that that killer has a very close connection to her.

In my interview with Herskowitz, who is a fifth degree black belt in judo and a first degree black belt in Brazilian jujitsu and karate, as well as being the current lead faculty member in screenwriting for the prestigious Boston University in Los Angeles Writer in Hollywood program, he told me how he came up with this deep, complex, fascinating read.

When asked where the inspiration for Conceptus was originally divined from, he said, “It actually was a screenplay first, and I worked with Warner Brothers, who passed on it. Then COVID hit, and I liked the story and the main character. I wanted a complex, flawed, strong character that showed some growth over the course of the novel.”

In the book, Laura has a rocky upbringing and relationship with her family and is traumatized by an attack when she was a teenager. She then spends almost a year in a coma when she was 14. Herskowitz added, “Then, when she recovers, she’s like—‘I’m going to protect myself. I’m not going to let this happen again. Very soon after her attack, she wants to learn how to take care of herself. She’s very distrustful of people and has had an unfulfilling romantic history.”

Getting in deeper to the core inspirations for the book, Herskowitz said, “So, there were three things that kind of fed into it, one was of a woman who gave birth in a coma, one was of a woman who had triplets, and one was of a documentary called “Three Perfect Strangers,” where scientists, in the interest of the nature versus nurture debate, took a set of triplets and separated them into different homes and then followed their progress for about 10 or 15 years. It was a fascinating documentary that attempted to answer the question of whether genetics and biology or putting people into different socioeconomic circles–does nature or nurture win out in the end?

The similarities between the triplets were eerie, they had the same haircuts, they dressed the same, and they found each other in the most interesting way. Two went to the same college, where a friend of one of them said, ‘You know, you have a doppelganger,’ and they met and it ended up making national news. Because of this, the third triplet found her siblings through seeing the news. One of them ended up committing suicide. The only thing that was different was their upbringing, because, medically, they were the same.”

About the similarities between him and the character Laura Drummond when it comes to martial arts, Herskowitz revealed, “We both have studied martial arts, she’s probably better at it than me,” and laughed. Continuing, he explained, “Mine was more sports, hers were more combat, military. She teaches more of an MMA class. We both teach, or have taught classes.” Then he quipped, “But, I speak Japanese and she doesn’t,” with a smile, impressing me.

There are two things that would entice a reader to read the book that draws parallels from real life—Laura has a same-sex relationship with another woman that Herskowitz describes as, “It’s not gratuitous, it was a solid relationship, a very real and honest relationship. I wanted it to be as life-like as possible, believable, and real.

Another key relevance is that there is an undercurrent of a woman’s right to choose in the book. Herskowitz said about this, “The setting is in Ohio, where there are very stringent laws when it comes to abortion. I wanted people to think about whether women should be able to choose. I’m a big believer in that there should be a theme in the writing without beating people over the head with it.”

Brian Herskowitz comes from and is surrounded by talented artists, it seems. He is married to actress Gina Hecht, who currently has a starring role in “Dave,” a show about a neurotic suburban man who has convinced himself that he is destined to become one of the best rappers of all time. Hecht is Dave’s mother in the series.

About where he came from, Herskowitz told me that, “My father was a writer and biographer, and I was really rebellious and like, ‘I’m not going to do that,’ and I came to Los Angeles to be an actor, but ended up being a writer, which I didn’t think I would be doing when I was young.”

Brian and Gina have two very talented daughters, Maggie and Bailey, who are also gifted in the way of writing and film. When asked about the possibility of the book showing up on the big screens, Herskowitz said, “There’s always the hope. The screenplay has been doing very well in some festivals. With COVID there’s a lot more opportunities spread out with a lot less money.”

From writing his first play at 10 years old to his debut novel, Conceptus, Brian Herskowitz is guaranteed to please with his novel that uses his incredible imagination combined with the authenticity and relatability of his characters. He wrapped it up with, “In a book I can take a side trip into the story of specific characters, which was a lot of fun for me. I’ve always had that love of fantasy and imagination.”