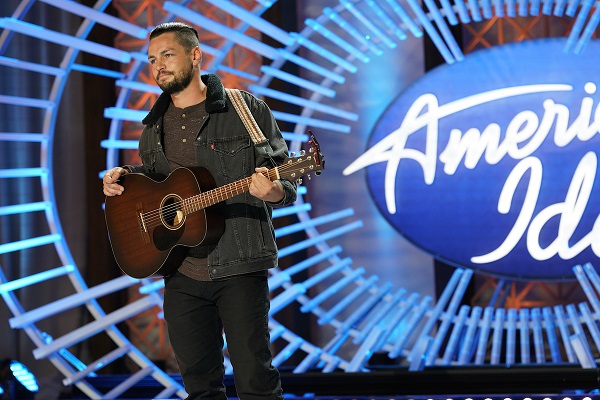 Rancho Cucamonga, California (The Hollywood Times) 02/18/2021 – “My Mom and Stepdad sort of pushed me to be on the show.”  Chayce Beckham of Apple Valley, contestant on American Idol told The Hollywood Times during a recent phone call.

So American Idol is on it’s way with their premiere episode this past Sunday, Valentine’s day.  It was an amazing and emotional show for sure.  Anilee List auditioned on the first show, which was really cool to see her on the TV screen since I had the opportunity to speak to her last week before the show and she earned her Golden Ticket to Hollywood.

It will be exciting to watch Chayce Beckham during his audition. Will Chayce make it through these auditions? Will he receive a golden ticket? Find out when American Idol airs this Sunday, Feb. 21 at 8 PM ET, only on ABC.

The Hollywood Times had the opportunity to speak to Chayce about being a contestant and auditioning for American Idol and his journey and singing career.

Chayce began taking song requests on Instagram when the pandemic hit. He said he was listening to music and writing his own material in spring 2020.

Chayce obviously sings, but he also plays the guitar. Add songwriter to that, and he is a triple-threat!

Chayce has written enough material for a whole album. He hopes to release it sometime in 2021.

The gold standard of all music competition series, American Idol returns for a new season as superstar judges Luke Bryan, Katy Perry and Lionel Richie set out on a journey across the nation to discover a new crop of inspiring talent with a touch of Disney magic on The ABC Television Network. Emmy® Award-winning host and producer Ryan Seacrest, who represents the heart and soul of the show, returns as host of the beloved series to walk with these Idol hopefuls through this adventure toward stardom. When American Idol debuted in the U.S., the series revolutionized television, pioneering the reality-competition genre and holding an unmatched record for being the highest-rated series for nearly a decade. The series also ushered in second-screen audience participation, being the first to introduce text-based and mobile voting.

The Idol format has taken on original versions in 53 countries around the world, and American Idol itself has played to a worldwide audience of over 460 million across 53 countries. To date, American Idol has earned 57 Emmy nominations and eight wins, including the prestigious Governors Award in 2016, and its talented discoveries have already won 13 Grammys, two Golden Globes and an Academy Award, among numerous other accolades. American Idol’s profound effect on the music industry is far-reaching and continually growing, launching the careers of superstars Kelly Clarkson, Carrie Underwood, Jennifer Hudson, Katharine McPhee, Adam Lambert and Chris Daughtry, among many others. American Idol contestants have sold more than 61 million albums, resulting in more than 47 Platinum records and 95 Gold records. Its participants have generated more than 444 Billboard No. 1 hits and sold more than 257 million digital downloads.  American Idol is produced by Fremantle and Industrial Media’s 19 Entertainment. Executive producers include Fremantle’s Trish Kinane, also serving as showrunner, Jennifer Mullin and Megan Wolflick, with Eli Holzman and Aaron Saidman serving as executive producers for 19 Entertainment. Fremantle distributes the series worldwide.