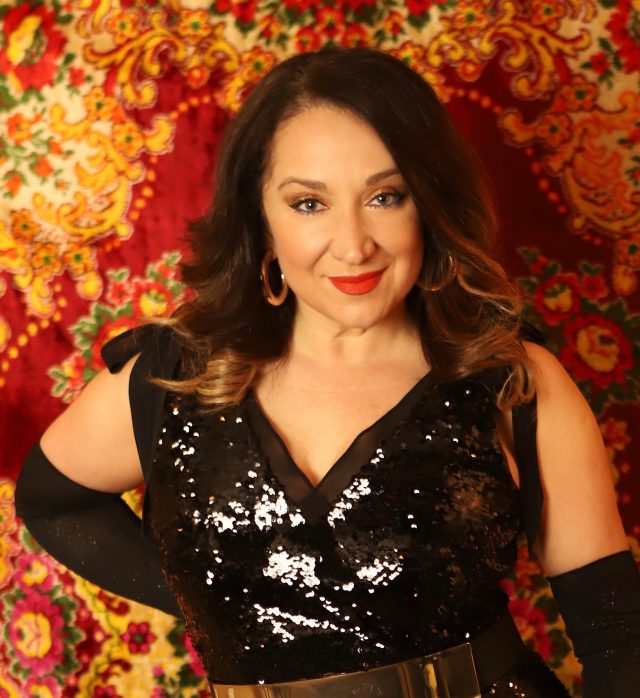 Los Angeles, California (The Hollywood Times) 6/14/2021- Born Yulia Pshenicnaya In Estonia in North-Eastern Europe of Russian descent. Yulia Pshenichnaya goes by the artist name Yulia. She graduated from the most prestigious music academy in Russia.

After finishing music school with a 4-year degree she landed a contract with a cruise ship that took her to over 25 countries where she performed. The International Star has been signed to the historical and legendary Soul Records label. The label was created by Berry Gordy as part of the Motown Records dynasty. Yes, Soul Records recorded Gladys Knight and The Pips who recorded & I heard it through The Grapevine; on Soul Records. Today Mr. Robert Erskine Johnson is the CEO of Soul Records LLC. and Erskine Entertainment LLC. He is also the President and founder of Mighty Works  Media. https://soulrecordsllc.com/ 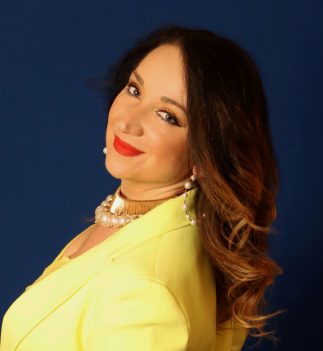 When did your love for music begin?

The moment I started talking, I knew I wanted to be a singer and started singing. You started your career by working on cruise ships. How much fun was it performing? Actually, I started my career singing in the theatre and venues in Russia, and then I was hired to sing on cruise ships touring the world. From this experience, I met many people and learned many languages and cultures.

You are fluent in 5 languages, how has this helped your singing career?

Singing fluently in multiple languages opens doors to multiple audiences. Many different cultures, races, and nationalities will come to hear you sing.

You signed on with the legendary Soul Records, LLC with Mr. Robert Erskine Johnson. What led you to him? What does this mean to you?

It’s like a dream come true to be recording on the historical and legendary Soul Records LLC with Mr. Robert Erskine Johnson. And I must thank my good friend and colleague Anjuelaye who invited me over for a 4th of July celebration and introduced me to Mr.
Johnson. It has been really wonderful working with Mr. Johnson.

Tell us about your new singles:

“If You’re Tired” and “Until This Moment” are two phenomenal songs both written by Ricky Style and engineered by Rob Federici. The songs have meaning and go straight to your heart.

All of the verses are my favorites. The lyrics have so much meaning that when I sing the songs they resonate with my soul.

Who are your influences?

My influences as an artist have been many. There is Celine Dion, Anita Baker, Mariah Carey, Whitney Houston, and Aretha Franklin.

What is your dream as an artist over the next year?

Over the next year, my dream as an artist is to continue singing and reach as many people as I can with my new recordings on Soul Records.

Robert Erskine Johnson is the CEO of Soul Records LLC. and Erskine Entertainment LLC. He is also the President and founder of Mighty Works Media. Soul Records was created by Berry Gordy in 1964 as part of the Motown Records Corporation. Motown
artists such as Gladys Knight and The Pips recorded I heard It Through The Grapevine on Soul Records. Jr Walker And The All-Stars recorded Shotgun on Soul Records.

Marvin Gaye produced the Originals with his song Baby I’m For Real on Soul Records.

Some of the writers for Soul Records were Berry Gordy, Stevie Wonder, Smokey Robinson, Marvin Gaye, and many more. Earl Van Dyke and The Motown Brass recorded their music on the Soul Records Label.

The Soul Records label personified African American Music, Better known as Soul Music. The historical and legendary label continues under the new and current ownership of Robert E. Johnson with new artists and songs such as Shimmy Twist by Druzak.

Unconditional Love by James Anderson, Soul Latino By Ralph Dudley, and Justice By Ken Willis. There is Xcluzive Soul and Yulia Pshenichnaya who sings five languages and records as Yulia, Also The popular Mark Stinger Band. And Some of the great songwriters are Frank Green, Ricky Style, Mark Stinger, Don Thompson, and Ken Willis.