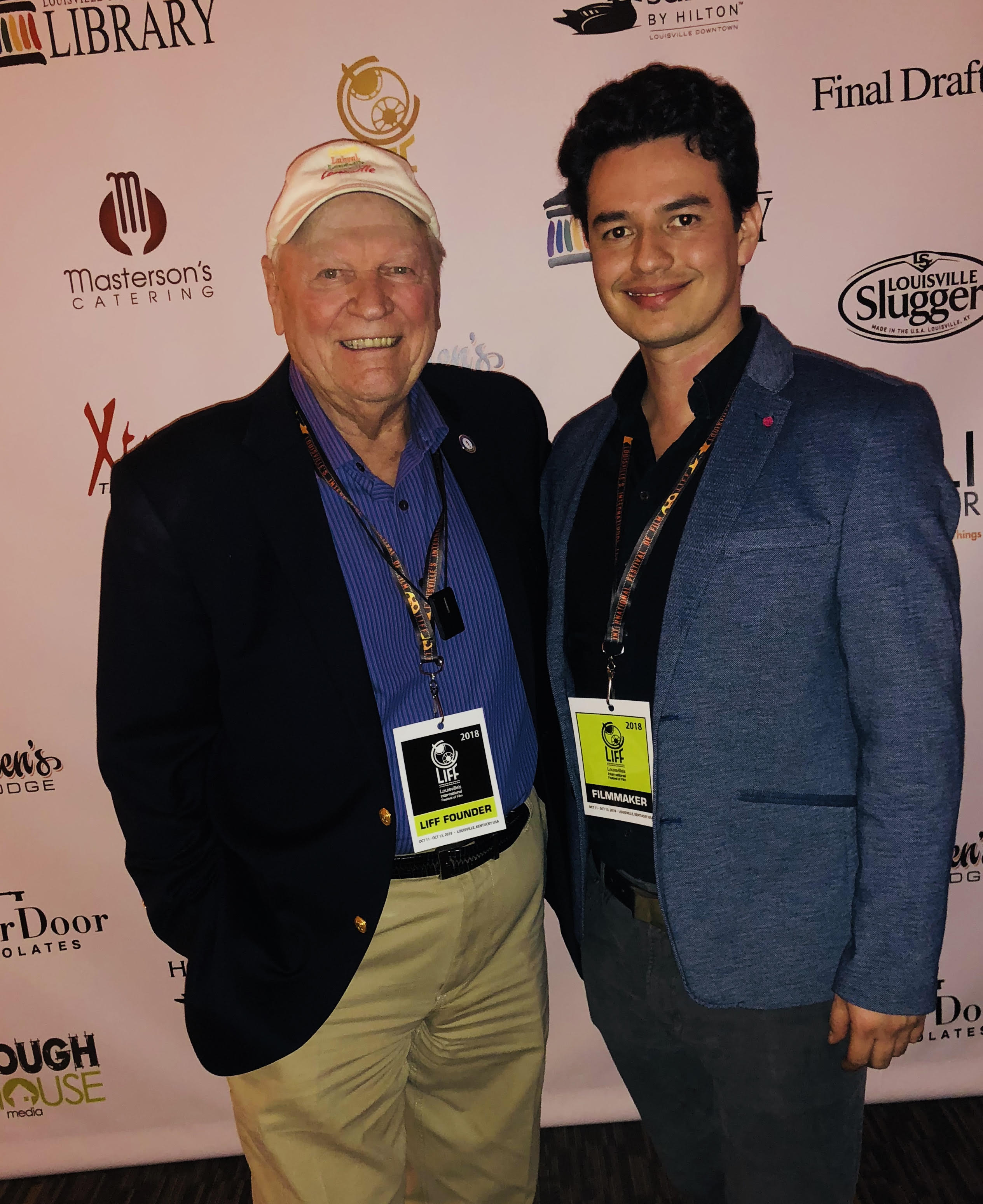 Brooklyn, New York (The Hollywood Times) 8/27/20 – Miguel Garzón Martínez is a very peculiar filmmaker: he grew up in Colombia, then he moves to Los Angeles and now he is in New York. When I ask him about so many changes, he simply claims that the less driving he has to do on a daily basis, the happier he lives. He speaks to me with a very thick accent, which he assures me can be explained because he failed his English Class when he was in the eighth grade. These are some highlights of our conversation:

What are some of your most notorious works so far?

Very early on my career, I had the wonderful opportunity of directing a feature film called THE BROKEN LEGACY (Winner of Best Feature at the Pasadena International Film Festival). After that, I have done several short films, with the more notorious ones being LOU (Awarded at Chelsea Film Festival), PAROUSIA (Screened at Sedona, Louisville and Madrid), and THE LONG COMMUTE (Awarded at the Long Island International Film Expo).

That’s very impressive! How did you manage to direct a feature film so early on?

It was a mixture of being smart and being lucky. I went to film school in California, and that is a big reason why I was able to live and work in the United States: when the time to shoot our thesis came, we were allotted two weeks of filming to complete a short film. I figured that, with the right script, I could shoot a feature in that time. And sure enough, I wrote a film in one location with six characters, and I completed it in that amount of time. 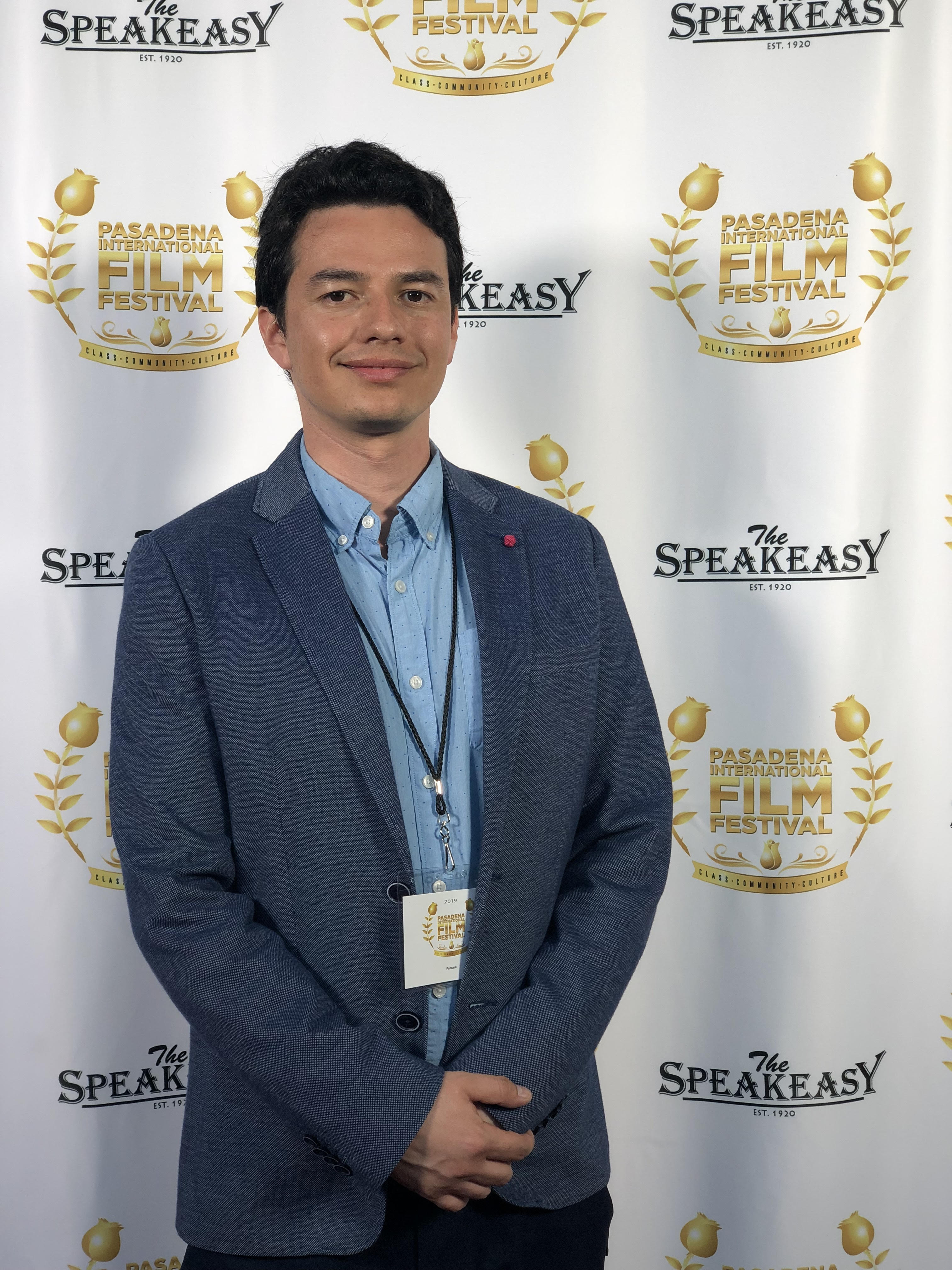 Were you happy with the final result? Did you feel rushed?

I am very happy to this day, and very proud of what my team and me accomplished given the circumstances. That being said, if I could go back in time, I think that what I would do differently is to have more ambition: I let the two week window constrict me too much, I didn’t want to set myself for failure, so I made sure in every step of the way that everything was “doable” within that period of time. At the end, we did everything without rushing and I realized that I should have been more ambitious and I should have tried to do more, and then probably I would have panicked and feel like it was not possible, but then I would have also come up with a solution.

Given those experiences, what would be your advice to a young filmmaker that is just getting started?

The most important aspect is to get to know yourself, to understand your own creative voice and to not be afraid to use it. What makes you unique is exactly what will make you thrive as an artist. However, no one but you can truly discover what that is. I feel that when I first started, I was a bit too concerned to “fit in”, to make a “blockbuster” movie. Now I understand that precisely what makes me unique as an artist is also what makes me unique as a human being. Creating art is an exploration and part of that exploration is to embrace things about yourself that, perhaps, you don’t even like. 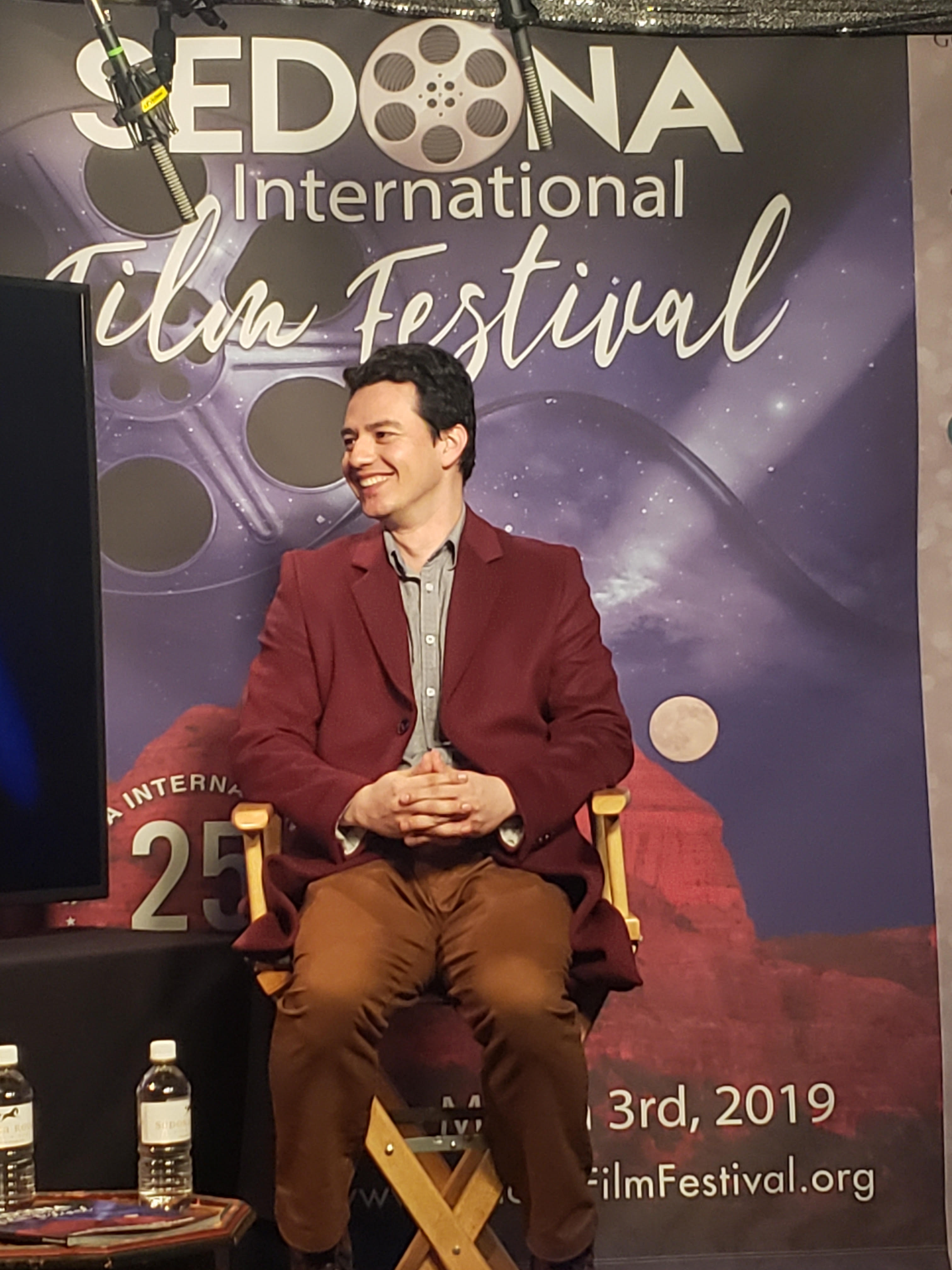 This conversation makes me think about one of the quotes that inspired me the most, particularly when I was making the decision of moving from Colombia to the United States to pursue a career in filmmaking. It comes from the film “Inception”: “Don’t you want to take a leap of faith? Or become an old man, filled with regret, waiting to die alone?” That truly resonated with me, especially because when I was growing up the idea of participating in the film industry seemed like a far-fetched dream. For that reason, the only way I could convince myself to actually pursue it as a career was to put my own life into perspective: what kind of things I will wish I would have done differently in my life if I could put myself, let’s say, into the shoes of my 80-year-old self? I decided that I would rather try this and fail, than never try it at all. That was my leap of faith. So, my advice to young filmmakers is also to find your own quote, your own movie-moment that inspires you and to hold on to it, because the journey can be long and you will need a refresher once in a while.

You were yourself a young filmmaker when you directed THE BROKEN LEGACY. When you look back at it, what are the main things that you would do differently now? 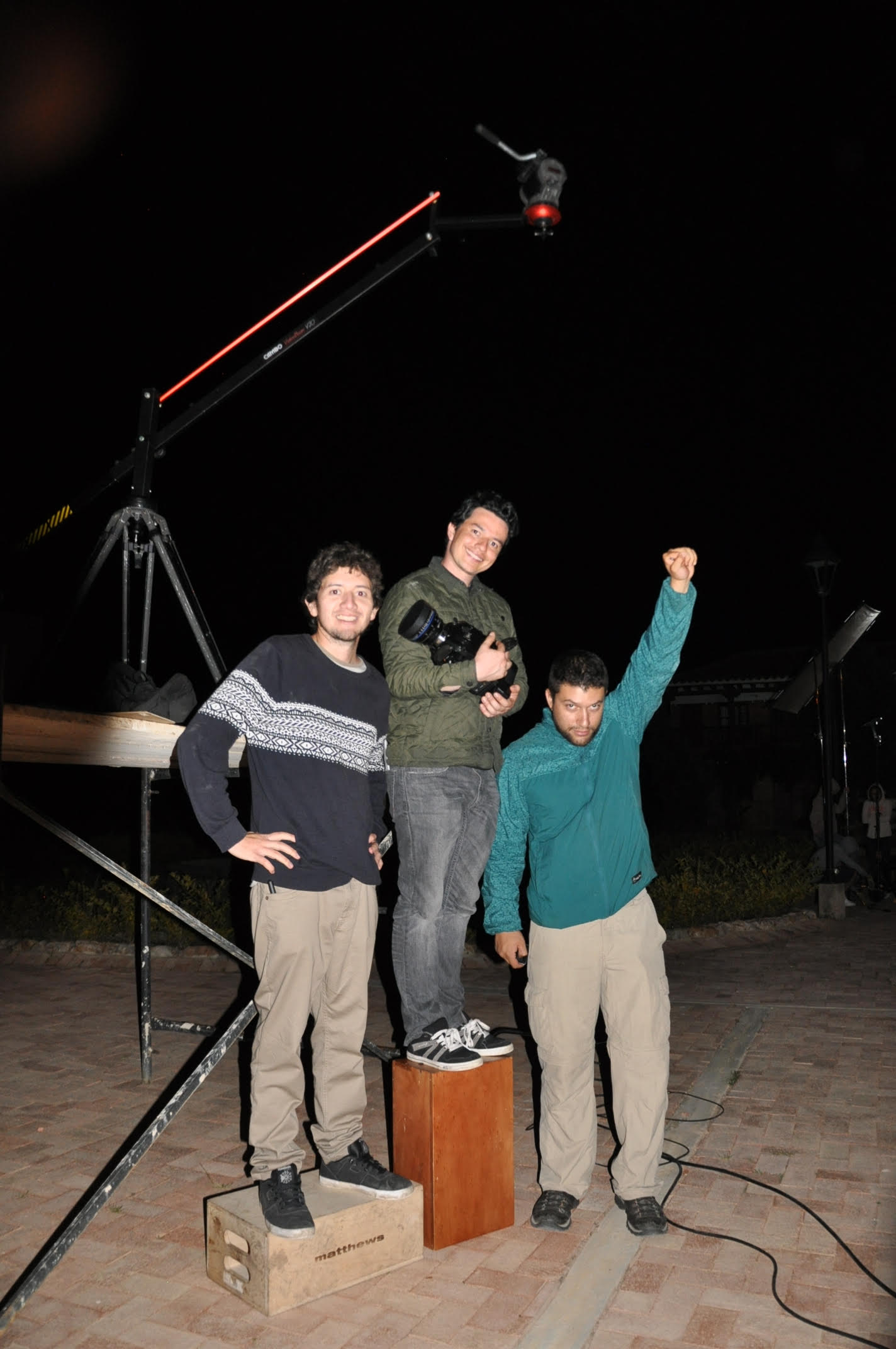 I think I was more insecure back then. For example, a sign of insecurity is when you feel like you need to have all the answers and, maybe, have control over everything. That’s another key lesson about the art of collaboration that I have learned since then: it is okay to rely on your team and it is okay to say “I am not really sure, what do you think?” or “You should check with this person that is in charge of that aspect”. That is something that definitely I do different now: I let go of more aspects of production and I trust my team more to handle it. Actually, that reminds me that back then, when we were shooting THE BROKEN LEGACY, in one of they key scenes we needed a prop: it was a tiramisu…

Well, then you’re not going to like this story. Because of me not relying enough on my team, somehow, I ended up in charge of buying the actual tiramisu that we needed to shot the scene, and I completely forgot about it. Keep in mind, too, that this was not a production where I had a props master, or a big crew for that matter. But we were there that night, I blocked the scene, we were setting the lights when Michael Stahler, our wonderful actor, comes to me and asks me if we can do the next rehearsal with the tiramisu. Of course, my face turned green and I had to send one of our PAs running to a store nearby to get whichever dessert he could find. I was very lucky that he came back with a tiramisu, and we shot the scene, but I remember dreading that sensation of forgetting something. Now I realize that I don’t need to remember everything, but I need to surround myself with a team of people that will remember those kind of things for me.

What a fascinating anecdote. Thanks for sharing! Now, my next question has to do with your body of work: you started with a feature film, but lately you have been making short films. Is this intentional? 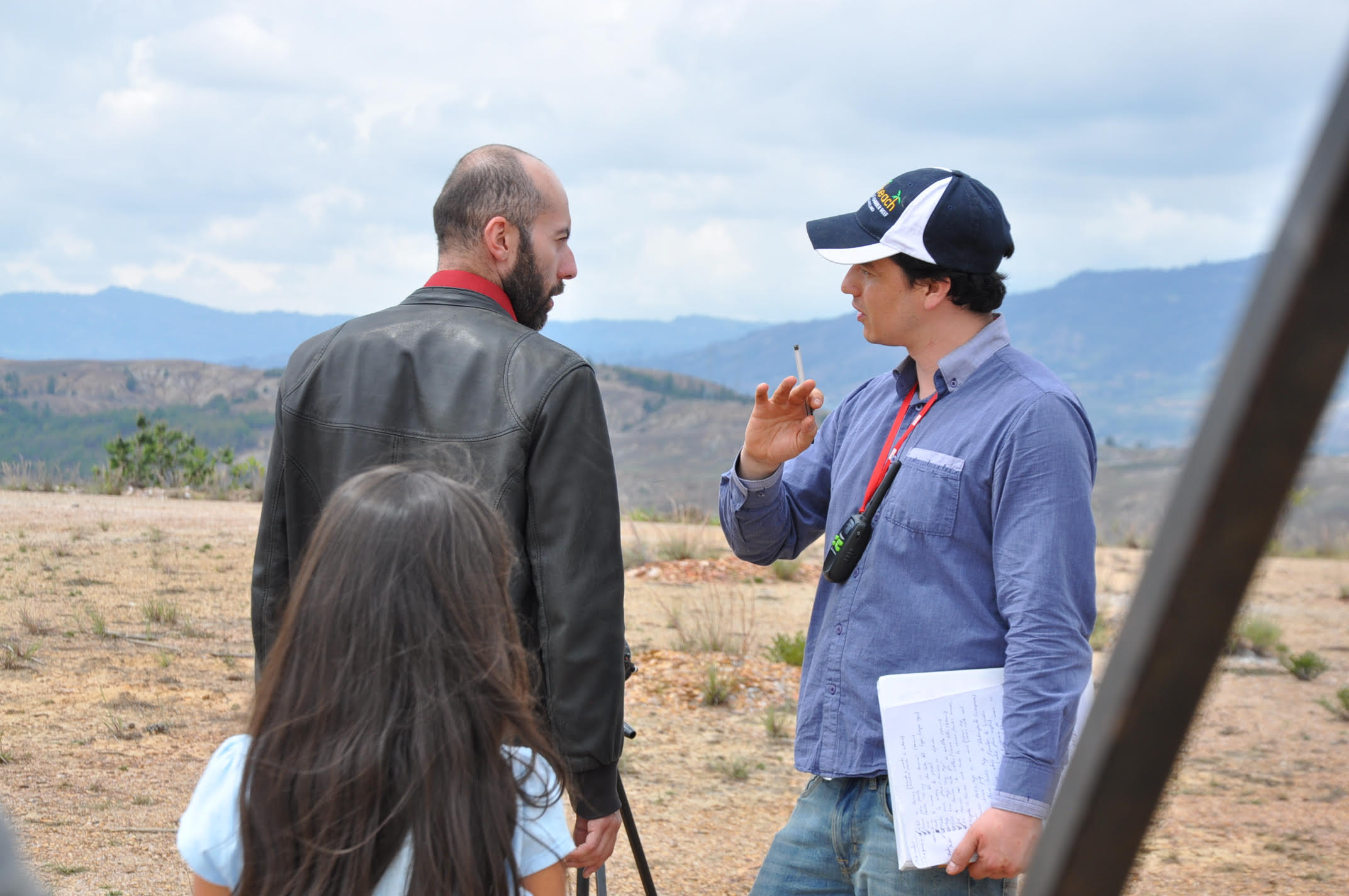 I am glad you ask that question. I think that feature films and short films are different in nature, and that each one serves to communicate a different kind of story. Perhaps that was another thing that I didn’t fully understand early in my career. Each story has a scope, which is a reference at how large it is, and that should inform you as a director about the best approach: not every story should be a feature film, and not every story should be a short film.

It is also true that out there “in the real world” it is easier to make a short film, and it is cheaper, which also allows you to have more freedom to play with it, to experiment and to make it very personal. It is easy to think of short films as “stepping stones” before making a feature film, but in my experience they are different and each one has its own value; sure, feature films can make more money and get a larger distribution, but short films will find a more specific audience, they feel more personal and they also allow you to tell more diverse stories, without too many limitations except for the run time. It’s crazy to think that today, in 2020, the biggest movie franchise in the world has 23 movies, and out of that pretty much 19 have a white cis man as the lead character. Mainstream movies still have a long way to truly be inclusive and representative of today’s diversity. Short films are an incredibly powerful tool to showcase that diversity that is lacking in the “big blockbuster” movies. 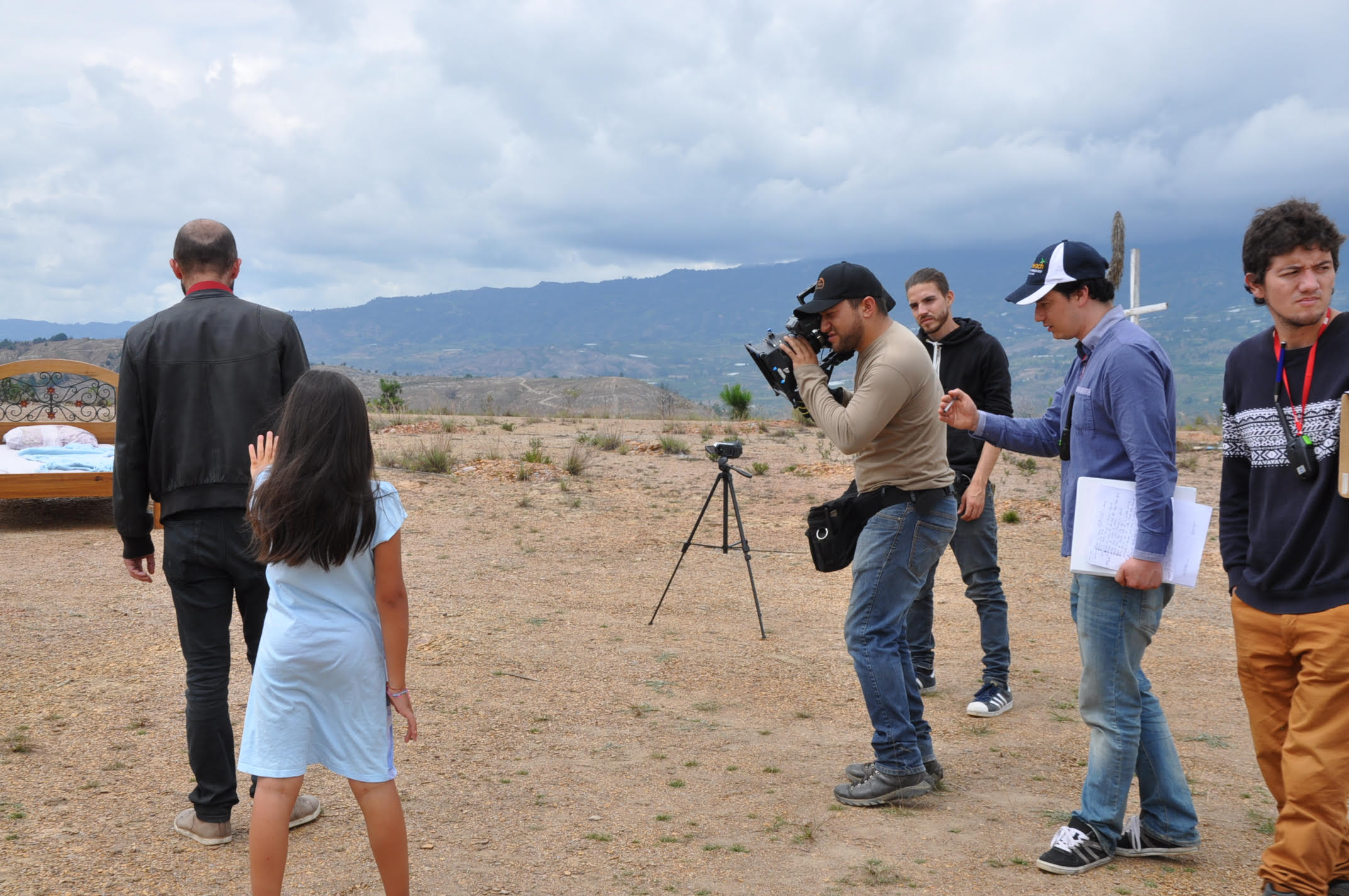 I think you are absolutely right about that. In what ways you think your short films have showcased diversity?

I think the best example of that is my film PAROUSIA. The question at the heart of the piece is: what would happen if Jesus comes back to Earth, but this time is a girl? I think that our tradition strongly identifies the idea of God with masculinity (they call God  “Father”, instead of “Mother”), which confuses me at different levels. First, God wouldn’t have a gender and couldn’t be conceived using binary categories like “masculine” or “feminine”. And second, even if we tried to apply those categories to God, we would find that there is a stronger alignment with feminine characteristics (for example, to create life). My main goal with the film is to raise awareness about these preconceived notions we have and make people question the way we think and talk about religion, at the same time that I am having a young girl of color be the protagonist, which is a very strong contrast with the way Jesus (and therefore God) is depicted, as a white man.

I am not particularly religious, but the message that God is in each and every one of us reads better when you portray God as a young girl too.

That sounds like a wonderful perspective to have on religion. What is the meaning of the title? Of “Parousia”?

It’s a Greek word that means “Arrival” but also it is commonly translated as “Second Coming”. I took a long time choosing the title of that film, and I am very glad that I could find that word, because it is so meaningful and so full of tradition. And that is exactly what I am hoping to achieve with the piece: to tell a very traditional and old story, but with a contemporary twist, which of course also means taking into account diversity and attempting to reflect that on the screen.

What is your future plan for this film?

We had a very successful run in the festival circuit; I was very lucky to have screened it in Pasadena, Sedona, Louisville and Madrid, every time to sold out audiences who were very eager to ask me questions and discuss after the credits rolled. That truly inspired to continue working on the same ideas. I mentioned before that short films have value, and they do, but I am excited to expand the themes, and hopefully the audience, of PAROUSIA in the near future. I think the ideas and the scope of the story could lead me to create a truly unique feature film. So that is my main focus right now.

Miguel, thank you so much for your time and for your insights. I hope many young filmmakers will feel inspired by our words and by your work.

Thank you so much for having me. I am looking forward to meeting that next generation of filmmakers. And I will be very glad if I had a small influence in any of them.