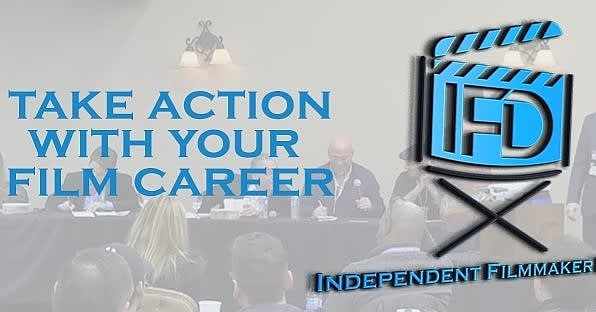 Los Angeles, CA (The Hollywood Times) 03/16/2021 – In this era, where film festivals, award ceremonies, and after-parties are going digital many industry professionals are learning to adapt to the new norm. This year Rubenstein Business Law and Ornstein Schuler State Film Tax Credits bring you the 6th Independent Filmmaker Day Event via Zoom. This event runs March 24-25 from 4 pm-11 pm EDT. It will include expert roundtables, a pitch competition, panel discussions, the IFD Award Ceremony, a virtual after-party, and fireside chats for networking. It is open for all to attend. You can visit their website, Independent Filmmaker Day (ifilmday.com), and Eventbrite page, https://www.eventbrite.com/e/independent-filmmaker-day-live-via-zoom-march-24-25-2021-tickets-141836255057, where tickets are currently available. Founder David Rubenstein has brought together a great panel of professionals to share their experiences and give priceless advice to upcoming artists.

There are many topics that will be discussed at this year’s event that include screenwriting, producing, funding, marketing, music, post-production, and distribution. Producer and President of Vollweiler Agency Eric Volleiler expressed the importance of attending this event and the valuable information you will get from it.

“Independent Filmmaker Day is different than attending film school because it offers industry professionals who are presently working and sharing their real life experiences. The attendees of the event learn things that they can’t learn from a textbook. We create a diverse atmosphere of entertainment professionals and celebrities that want to help the next generation of filmmakers and actors,” said Volleiler.

With IFD’s community being larger than 99% of the Film Festivals in the world, the chances of meeting that next industry professional that can help progress your project further is very possible. In addition, you have the chance to participate in the pitch competition that will give you a few minutes to present your script to 3 judges.

“We strive to help independent creators from around the world develop new projects, connect within the industry, and champion collaborative and impactful storytelling at all stages,” stated Rubenstein. “At the pitch competition, you will have the opportunity to pitch your tv/film project for a chance to win over $40,000 in in-kind services to help make your project. Each pitch is limited to 3 minutes in a “shark-tank” style format before a panel of 3 judges. The fourth vote will be comprised of an audience member vote, so bring your family and friends to cheer you on for your best chance to win! (limited to only 40 pitches on a first come first serve basis).”

Putting an event of this magnitude together can be challenging, however, Volleiler believed it was much easier than a live event.

“Producing an online event is much easier than a live event. The process is the same from fundraising, booking speakers to publicity promoting tickets,” explained Volleiler. “The film festivals I worked online have been positive because there are more viewers able to watch the films than if it were in the theaters. The challenges have been selling sponsorships and advertising because Covid 19 has affected so many companies. Also, feedback from filmmakers and actors is that they like the live film festivals because face-to-face networking is easier to generate new business. However, it does get easier the more you network online. Everyone is online now and it is going to be crucial for filmmakers and actors to constantly be promoting themselves.”

There will be more Independent Filmmaker Day Events throughout this year that you should be mindful about that will include all new speakers and panelists.

“Stay tuned on the details for more Independent Filmmaker Day Events that are upcoming June 23-24, Sept. 11-12, and Dec. 7-8. We are excited to return to in-person events when safe to do so. There is nothing like the excitement in the room when stars are discussing their love of film or when attendees are pitching their latest idea at the Pitch Competition. Pre Covid-Independent Filmmaker Day was a private day-long event held alongside premier film festivals- such as Cannes, Sundance, and TIFF,” expressed Rubenstein.