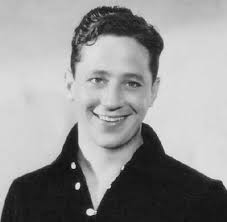 Los Angeles, CA (The Hollywood Times) 2/23/22 – Hollywood, the entertainment industry, is as political a community as Sacramento or Washington, D.C. Decisions are made according to the potential or actual profits a film, recording, or television show will bring to a production company. When profits are at stake, conservatism takes hold. Some in the industry benefit from this conservatism; others do not. It is often said that history is written by the victors. If this is true, who the Academy of Motion Pictures Arts & Sciences places on their annual “in memoriam” list of people in the entertainment industry is a political decision as surely as the Republican Congress worked hard to get their dear tax reform bill passed

Hollywood has done a poor job of recognizing performers that aren’t current stars. Adding that these performers were non-white or gay/lesbian/bisexual and performers with solid, often award-winning careers on stage, radio, television, and film, they are often overlooked during the “in memoriam” portion of the Academy Awards. Why is that? In a community which publicly supports the LGBT community and contributes millions of dollars for LGBT organizations, gay/lesbian/bisexual actors are prevented from playing romantic leads and from coming out to the public for fear by entertainment executives that audiences will not accept a gay/lesbian/bisexual actor as a romantic lead. If such is the treatment of LGBT actors by the entertainment industry today, it was worse for them in earlier years. Not only were such actors contractually bound to hide their homosexuality, they were often threatened with prison terms, career harm, or professional suicide, if they chose to live as out gay/lesbian/bisexual people. A very few chose out homosexuality within the entertainment industry but had once-promising careers as stars end forever or become character actors, given whatever roles could be filled by anyone. It is here that these actors, formidable talents who were often stars on stage but not in film, as long as they were LGBT. Even if the Academy of Motion Picture Arts & Sciences hasn’t recognized the performers whose careers were reduced in stature or ruined for being LGBT, MrLA will pay tribute to these actors, who, for but the most ardent of film buffs, are now cruelly forgotten.

Few paid so dramatic a price for being a gay actor in Hollywood and has been as forgotten by the entertainment industry as Ross Alexander. His name was changed, as was that of many other actors, in order to create an image that would please most American filmgoers. Not only was Ross Alexander really Alexander Ross Smith,Jr., upper middle class New Yorker, he was also bisexual. Born on July 27, 1907, he was taken from Brooklyn to Rochester, New York, where he first appeared in school plays. Returning to New York City to pursue acting, his career took off, steadily but definitely rising in the ranks of young, handsome leads on Broadway. Even in the more “live and let live” atmosphere of Broadway, Ross Alexander maintained that he was married to an older woman, with whom he had a daughter. Neither a marriage license nor birth certificate for the child were ever found. In early 1932, Alexander became acquainted with another up and coming Broadway actor, Franchot Tone. They fell in love and lived openly as lovers in New York. Their relationship ended only with the inevitable signing of top Broadway performers to film studio contracts. Although Alexander went first to Hollywood, it was Tone who scored in films at Metro-Goldwyn-Mayer before Alexander was signed by Warner Brothers in 1934.

Alexander had the handsome looks, athleticism, and pleasant speaking voice that film studios wanted in their actors for the new medium of talking pictures. He later proved in “Flirtation Walk” (1934) that he could sing admirably. In “Here Comes Carter” (1936), he proved he was capable being a screwball comedian. He received good critical notices for dramatic roles in “Captain Blood” (1935) and “I Married A Doctor” (1936). In a film that featured the star-making debuts of Errol Flynn and Olivia de Havilland, Ross Alexander stood out favorably as Captain Blood’s friend, Jeremy Pitt. Alexander also stood out with Errol Flynn, personally, as they embarked on an affair during the making of “Captain Blood” and remained close friends after their affair ended with the end of filming on “Captain Blood”.

Ross Alexander’s bisexuality proved too much for Jack Warner and his publicity department. Alexander cruised men rather openly and was often caught by the Los Angeles Police Department for lewd conduct. As ws the custom at the time, LAPD worked with the studios squelched the stories for newspaper publication and expunged the arrests from LAPD records. Bailing Alexander out of possible jail terms led Warner Brothers to perform a “lavender” marriage, one in which a gay/lesbian/bisexual actor is married to someone of the opposite gender in order to dispel rumors that actor is anything less than heterosexual. Arleta Friele, an actress that Ross Alexander knew from Broadway, fell in love with Alexander and married him early in January, 1934. Henry Fonda, a friend of both bride and groom, was the best man. The marriage appeared calm, stable, and loving to all outward appearances. That picture shattered forever on December 7, 1935, when Arleta Friele Alexander turned a shotgun onto herself and pulled the trigger, ending her life and leaving behind a note explaining how she felt inadequate as a wife to Alexander. The resulting news coverage and Alexander’s more frequent and open cruising led Jack Warner to stop grooming Alexander for stardom. Instead, with the exception of “Here Comes Carter” and “China Clipper”, Alexander’s films from early 1936 onward were B pictures that did no one cast in them any special favors. His career had lost its early luster and was in steady decline.

1936 marked the point of no return for Ross Alexander. Since arriving at Warner Bros. in 1934, he admired the work and artistry of Bette Davis. He longed to work with her and arranged to meet her at the studio so he could convince her to co-star in a film with him so that she could see that he could score well in dramatic parts and make a worthy co-star for her. When Alexander’s former beau, Franchot Tone, became the leading man in “Dangerous”, the film for which Davis won her first Oscar, this only emboldened Alexander to continue seeking Davis out so that he could convince her to co-star with him in a film. The increasing contact led Davis, at first, to think that he was after her, romantically, so that he could use her to boost his image as a heterosexual lover. She wasn’t attracted to him although she fell in love with his former beau, Franchot Tone, to the point that Tone’s fiancee, Joan Crawford, visited the set of “Dangerous” often when she heard that Davis wanted to initiate an affair with Tone. Davis had been married, unhappily, to her first husband, Oscar “Ham” Nelson. Nelson did believe that Alexander’s obsession with his wife was of a romantic/sexual one. When publicly humiliating Alexander for his sexual orientation in front of studio personnel didn’t stop Alexander from approaching Davis, Ham Nelson came to the studio and punched Alexander in the face in front of studio personnel. The resulting drama with Warner Brothers’ new Queen of the Lot only worsened Alexander’s stature at the studio and sealed his fate with the spate of B films that he was given.

“Here Comes Carter” was not just a bright spot in an otherwise dismal year. His leading lady in that film, Anne Nagel, and he became a romantic team offscreen, so much so that they married on September 2, 1936, after completing “Here Comes Carter”. They would appear in two more films together. The situation with Davis, the quality of his films, and his bisexuality were dragging him into a depression spiral. Even a co-starring role in the musical, “Ready, Willing, and Able” (1937) with Ruby Keeler, whose artistry he admired and had lobbied a long time in order to appear in a musical with her, didn’t lift his depression. The first anniversary of Arleta Friele Alexander’s death left Alexander in a state of grief, recrimination, and despair. Those three so pressed him that on January 2, 1937, he, too, took a pistol and killed himself in his garage, as his first wife had done.

The aftermath of Ross Alexander’s death was a tragic one. His wife, Anne Nagel, was the person who discovered his body. The trauma of her husband’s suicide triggered her alcoholism, which not only ruined her fledgling film career, it ended her life early, as she died in early 1966 at 50 years of age, destitute. In later years, Bette Davis acknowledged her sorrow at the way she treated Ross Alexander. She never completely came to psychological or emotional terms with his death. His former lover, Franchot Tone, dated and married several women, even fathering children with actress Jean Wallace, however his relationships with women were often tortured and violent. During his marriage to Joan Crawford, he succumbed to alcoholism and beat Crawford during many alcohol binges. Ironically, it was Crawford who took care of Tone, financially and medically, during the last years of his life, when he had no one in his life to care for him with his ever-failing health. Who knows how his life (and that of Ross Alexander’s) would have unfolded had he, along with Alexander, been able to live openly and freely as a bisexual man and that he and Alexander could’ve continued their romance in Hollywood and not have to live lies as heterosexual men in order to conform to film studio heads’ homophobia and perceived losses at the box office if the public disavowed any films that starred a gay, lesbian or bisexual actor. Not only did Ross Alexander pay with his life for conforming to film industry homophobia, the final indignities to this fine actor included Warner Brothers demoting him in the cast list from second to fifth in his final film “Ready, Willing, and Able”. Although his footage in the film amounts to a co-starring role with Ruby Keeler, his listing as fifth in the cast showed how little regard Jack Warner had in promoting Alexander by the time of Alexander’s death. Ross Alexander has been forgotten by the film industry, Once again, the Academy of Motion Pictures Arts & Sciences has failed to acknowledge its role in allowing film industry homophobia to reign and maim lives in the pursuit of profits nor has it conducted any retrospective on the contributions of LGBT film personnel in the history and development of the American film industry.

Ross Alexander, from hereon in, your films and your artistry will no longer be forgotten
but displayed for future generations to see and admire!