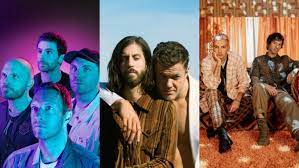 Los Angeles, CA (The Hollywood Times) 1/16/22 – Of all the artists we expected to see at ALTer EGO, Avril Lavigne may have been among the last. That’s not to say she was the show’s only surprise. While acts like the Disney-pop-esque All Time Low were on the official roster, they didn’t necessarily add up to the “alternative” label of the show. So they still surprised us.

But that’s not to say they weren’t delightful. Part of what made ALTer EGO’s return to The Forum so satisfying this year was it’s constant bag of tricks. Light up bracelets created a crowd full of glittering stars during Coldplay’s performance, for example.

Lavigne’s end with a perfect cartwheel (the agile superstar is 37 years old, for those who are counting) was another such moment. Her youthful wardrobe — a plaid skirt and a crop top — was the perfect homage to the early 2000s that made her famous.

All things considered, the versatile lineup was unbeatable by any standard. iHeartRadio managed to pack more star power into one evening than most festivals can manage in a three day span. Aside from the aforementioned, there was an appropriately aloof yet impassioned performance by 21 Pilots; an onstage romp by Imagine Dragons; and performances by Kings of Leon, Måneskin, and Willow rounded out a nearly perfect night. 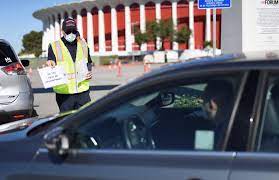 It was, in short, a glitzy burst of musical euphoria in an otherwise COVID-darkened world. Mandatory pre-entry COVID testing wasn’t our favorite part of the evening, but it was an understandable and necessary precursor to a large gathering.

The show’s legendary venue is perfect for such an event; in it’s subterranean corridors are doors emblazoned with the iconic artists who have graced the stage there. Black Sabbath, The Temptations, and Tom Petty have all had their names painted or even scrawled giant permanent signatures there.

This year’s event was certainly an escalation of an already impressive festival. The Hollywood Times last showed up on this particular red carpet at the 2018 ALTer EGO where we interviewed Walk the Moon, Dashboard Confessional, Beck, Mumford and Sons, and Chvrches. 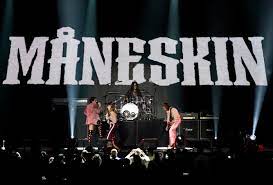 Even at such a massive gathering of iconic rock, the stars there aren’t above stanning for each other. ​​At the time, Walk the Moon lead singer Nick Petricca said he was a “huge fan” of Mumford and Sons.  “I’m actually excited to try to flag him down at some point and say hi.”

We can only imagine the meetings that may have taken place between rock stars in The Forum’s basement this year. In any case, the 2022 show convinced us that we won’t miss a single future ALTer EGO.