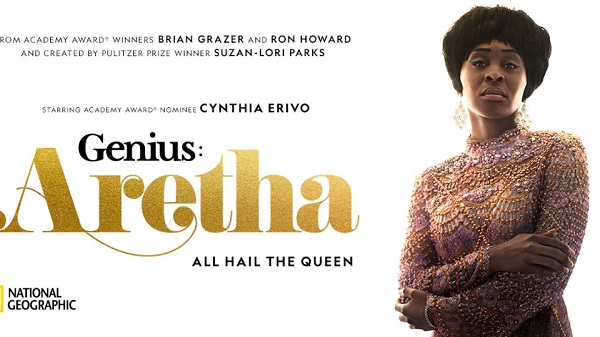 With Episodes Available Next Day On Hulu

These marquees will once again place Franklin in her rightful spot as a headliner with “All Hail The Queen #GeniusAF 3.21.21.” During an unprecedented time in history, this GENIUS: ARETHA activation not only spotlights the indisputable Queen of Soul’s legacy, but also uplifts live music venues across the nation. Additionally, as part of this activation National Geographic is making a donation to Crew Nation, a global relief fund launched by Live Nation and powered by nonprofit partner Music Forward Foundation that provides financial support for live music crews impacted by the global pandemic and beyond.

Genius is National Geographic’s critically acclaimed anthology series that dramatizes the fascinating stories of the world’s most brilliant innovators and their extraordinary achievements with their volatile, passionate and complex personal relationships. This third season will explore Aretha Franklin’s musical genius and incomparable career, as well as the immeasurable impact and lasting influence she has had on music and culture around the world. Franklin was a gospel prodigy, an outspoken civil rights champion and widely considered the greatest singer of the past 50 years, receiving countless honors throughout her career. Genius: Aretha will be the first-ever, definitive and only authorized scripted series on the life of the universally acclaimed Queen of Soul.