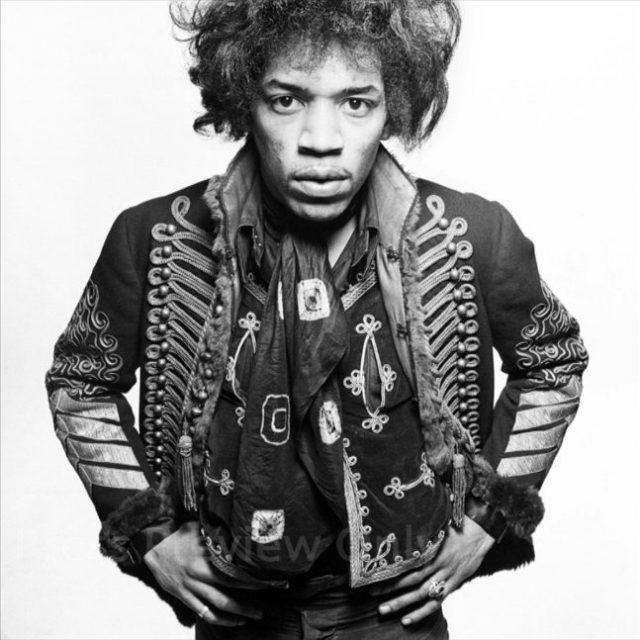 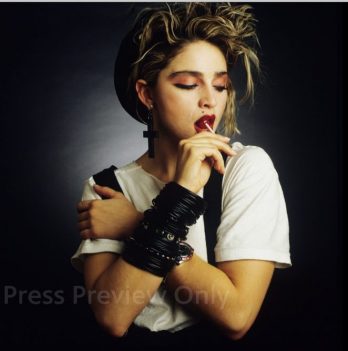 Los Angeles, CA (The Hollywood Times) 7/12/21 – ICON: MUSIC THROUGH THE LENS is a 6-part PBS series produced and directed by Dick Carruthers for Filmrise Productions (2020), Episode One: “On Camera” airs on Friday, July 16, 9:00-10:00 p.m.  Since the 1960s, music photography of rock stars and bands has become a major part of our cultural heritage and a treasury of images of larger-than-life performers. The magic of portrait photography that shows the soul of that person. What makes an image iconic? “Music photography is like music itself. It is part of our cultural heritage.” Episode One explores how photographic images of Snoop Dogg, Bob Dylan and Madonna influence perceptions and how they communicate, through themes of interaction, technical skill, occasional luck and cultural impact. The concept of an iconic representational photograph goes back to one taken of Robert Johnson, a black blues performer from the 1930s. Here was the genesis of music photographs that demonstrate the incredible power of a frozen moment in time. Other highlights include Kevin Cummins on Joy Division, Gered Mankowitz on Jimi Hendrix and Rachael Wright on Billie Eilish trying not to be beautiful. 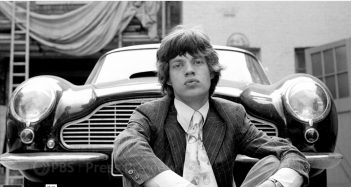 There is an element of chance in photography, with music photographers shooting in a recording studio, in a space outside, or in an enclosed room. Especially interesting is how the iconic photograph of Jimi Hendrix by Gered Mankowitz was the only one of Hendrix alone without the rest of the band. The early photo session with Madonna at the beginning of her career was done in the tiny apartment of Deborah Feingold with the only props being some lollipops that Madonna used with expert skill in the shoot. “These photographic portraits are the most important visual document of these artists.” 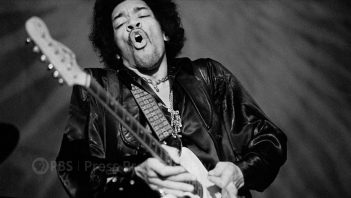 How does an image become iconic? “What makes a great iconic photograph is something that speaks to your soul.” Music photography emerged with the beginning of Rock ‘n’ Roll around 1965 according to Terry O’Neill who first shot the Beatles at the Abbey Road Recording Studio and then was contacted to shoot the Rolling Stones at the beginning of their career. In the early stages of these band’s careers, most performers did not expect the music scene to last more than a few years. However, it grew exponentially, as major rock groups began touring in the U.K., the U.S.A., Europe, and soon the world. 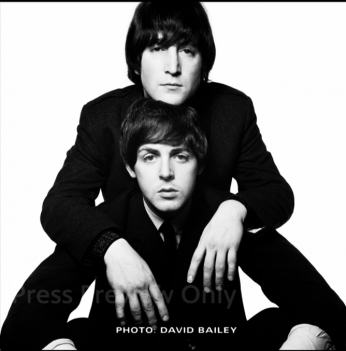 Great music photographers are interviewed in this ICON series and in Part I, “On Camera,” 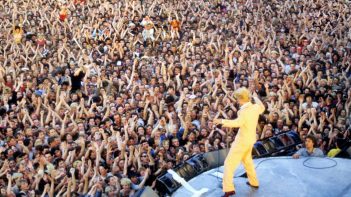 Bob Gruen discusses how he met up with John Lennon & Yoko Ono in New York; Jerry Schatzberg recalls his experience of working with Bob Dylan when he was recording his “Blonde on Blonde” album in studio; Deborah Feingold describes her challenges in shooting Sinead O’Connor in a hotel room; Albert Watson talks about how pleasant it was to work with Beyonce when she was still with Destiny’s Child; Lawrence Watson gives us insights in how easy it was to work with Snoop Dog, a natural actor; and then is the curious but iconic photographs of Bob Marley shot by Adrian Boot at a children’s party in a Community Center in East London. 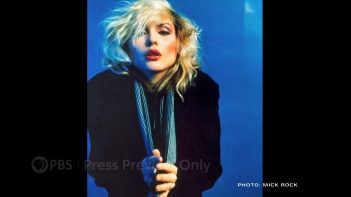 Episode 2: “On the Road” airs on Friday, July 23, 9:00-10:00 p.m. In some ways, this is probably the most exciting portion of the six-part series. On stage, backstage, on the tour bus – from the earliest days of live performance to the modern day, visually striking live music photographs have captured moments of pure magic and created era-defining imagery. Making an iconic picture of a rock ban on stage is much different from portrait photography. The photograph must let you almost hear and feel the music. Episode Two features touring stories from early trailblazers who went on the road with artists such as Led Zeppelin, David Bowie, The Rolling Stones and The Who, mixed with tales from the punk era of CGBGs, the Clash and the Sex Pistols. The episode also explores photographers’ relationships with Oasis, Metallica, U2, Ed Sheeran and Courtney Barnett. As Neal Preston describes shooting at the start of a rock concert, “It’s kind of being a war photographer. You are ready for battle.” Playing with my Nikon, I really felt like I was part of the band,” says Michael Zacharias. “How does one medium capture another medium? How do you sum up a concert with one image?” 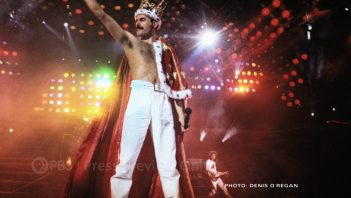 The late 60s to around 1976-77 was Golden Era for Rock.  Photographers had the access they were permitted by the acts.  Some musicians are not only great musicians but great entertainers. One of the best examples of a true performer on stage was Jimi Hendrix at his 1968 concerts at the Fillmore in San Francisco. Shooting photos of The Who at Winterland in 1976, Neal Preston almost ended up being hit by Roger Daltry’s swinging microphone because he was too close to the performers. The legendary music photographer who all others emulated was Jim Marshall, who is famous for his iconic picture of Johnny Cash flipping off the warden at Folsom Prison. Jim Marshall also shot Woodstock. He was always with five Leicas around his neck, three with black and white and two with color. Marshall knew his tools – 15 mm and 35 mm – to get in close. At 5 feet away, he was always in focus.

Backstage passes were so important for music photographers. It was important for performers to be comfortable with the presence of a photograph who fit in and seemed virtually invisible. The late 70s and early 80 saw a major change at concerts: No Backstage Passes – Photo pit rules:  First 3 songs only; No flash. Rumored have been a response to constant the flash of cameras and the presence of far too many photographers at concerts, this really changed the spontaneity of photographers capturing the best moments of many concerts. Currently, it is hard to watch a concert due to the huge number of iPhones blocking views of the performers. Younger photographers like Pooney Ghana have a different view of how to photograph live concerts but she likes living out of a suitcase and traveling with bands on tour because she feels like a band member herself.