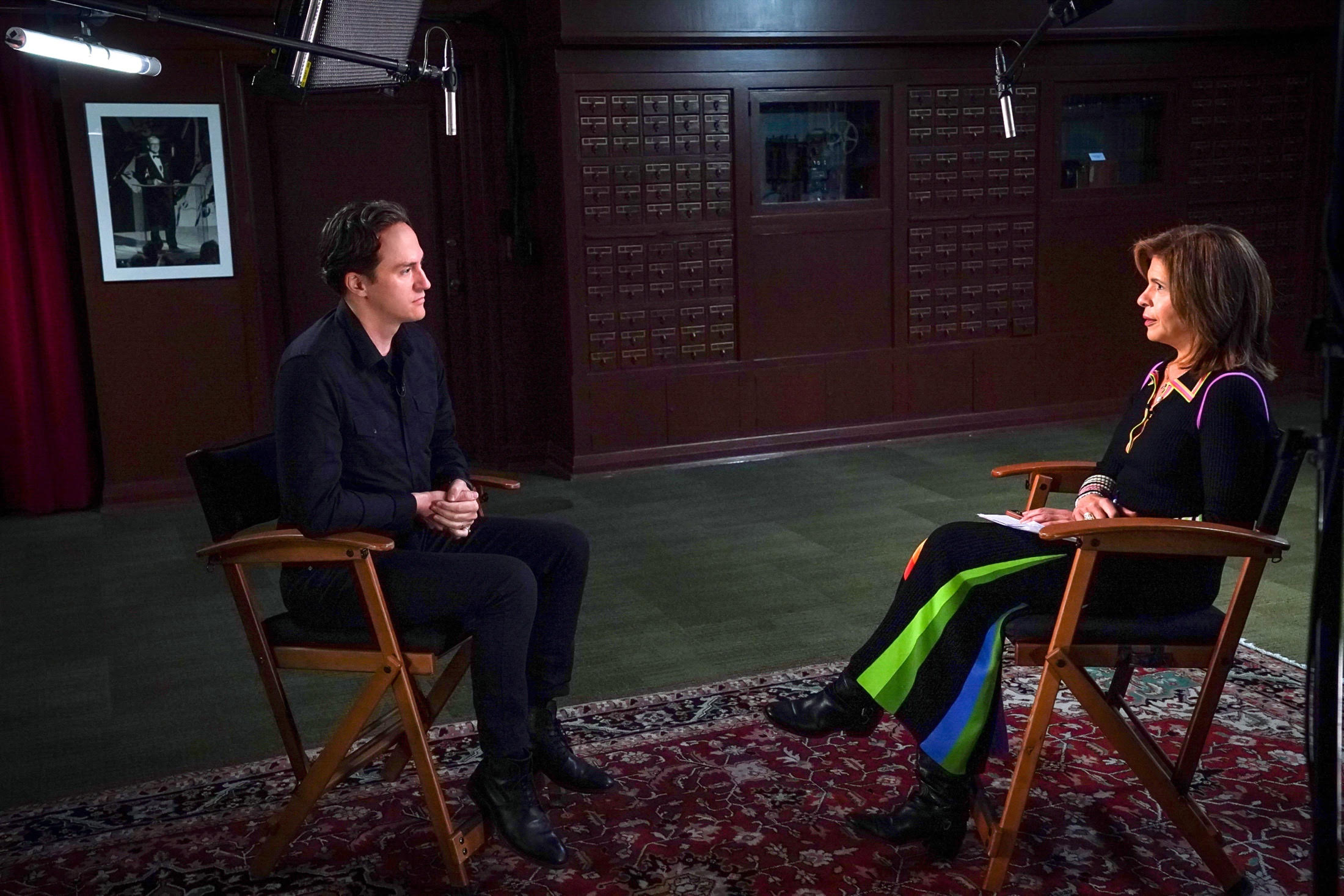 Matt Hutchins, the husband of cinematographer Halyna Hutchins, who died while filming the movie “Rust,” blames his wife’s death on the movie’s star, Alec Baldwin, as well as “industry standards that were not practiced” on set.

Halyna Hutchins was shot and killed by a bullet from a prop gun on Oct. 21 while on the set of “Rust” at Bonanza Creek Ranch near Santa Fe, New Mexico. Baldwin was holding the prop gun when it fired, though he told authorities that he never pulled the trigger.

The Hutchins family filed a lawsuit on Feb. 15 against Baldwin and others involved with the film alleging that “reckless” behavior and cutting costs led to the 42-year-old cinematographer’s death. Baldwin has denied accusations that the set was unsafe.

“The idea that the person holding the gun and causing it to discharge is not responsible is absurd to me,” Matt Hutchins told TODAY co-anchor Hoda Kotb during an interview airing in full Thursday on TODAY.

“But gun safety was not the only problem on that set. There were a number of industry standards that were not practiced and there’s multiple responsible parties,” he added.

TODAY has reached out to Baldwin’s representatives and Rust Movie Productions LLC for comment.

The bullet from the prop gun hit Hutchins in the torso and the movie’s director, Joel Souza, in the shoulder. Hutchins was airlifted to a hospital in Albuquerque, where she died. Souza is r

In addition to her husband, Hutchins left behind their 9-year-old son, Aldous.

Less than two months after the tragedy, Baldwin discussed the incident in an interview on ABC News, saying: “Someone is responsible for what happened, and I can’t say who that is, but it’s not me.”

“Watching him I just felt so angry,” Hutchins told Hoda. “I was just so angry to see him talk about her death so publicly in such a detailed way and then to not accept any responsibility after having just described killing her.”

Baldwin also told ABC News that Halyna Hutchins had asked him to point the prop gun off camera and toward her arm just before it fired.

The Santa Fe County Sheriff’s Office is continuing to investigate the incident. No one has been arrested or charged in connection with the shooting.

The movie’s armorer, Hannah Gutierrez-Reed, who is also named in the Hutchins family’s lawsuit, said in another lawsuit filed by her attorneys in January that she loaded the prop gun with what she believed were dummy rounds. Gutierrez-Reed also names crew member Seth Kenney, who supplied ammunition to the set, in her suit. Lawyers for Kenney declined to comment when contacted by NBC News at the time.

According to a search warrant, Gutierrez-Reed gave the gun to Dave Halls, an assistant director on the movie also named in the Hutchins family’s lawsuit, who designated the gun a “cold gun” as he handed it to Baldwin, Variety reported.

The complaint filed by Gutierrez-Reed’s lawyers described the set of “Rust” as a “rushed and chaotic atmosphere, (that) created a perfect storm for a safety incident.” NBC News learned that “multiple previous misfires” by the same prop gun that killed Hutchins caused multiple crew members to walk off the movie’s set hours before the incident.

In December, Baldwin posted a two-part letter signed by more than two dozen members of the “Rust” cast and crew on his Instagram page disputing claims the film set was “unprofessional” or “chaotic.”

The letter writers also addressed the reports that multiple crew members had quit over the malfunctioning prop gun earlier on the day of the fatal shooting, saying “the vast majority” of those involved in the film continued working.

“Those disgruntled few do not represent the views of all of us,” they wrote.

Although Baldwin posted the letter, he was not among those who signed it.

Three other crew members from “Rust” have filed lawsuits of their own: Mamie Mitchell, the script supervisor; Serge Svetnoy, the gaffer; and Cherlyn Schaefer, the key medic. Baldwin and other “Rust” producers sought to dismiss Mitchell’s lawsuit in January.