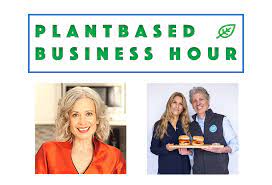 Los Angeles, CA (The Hollywood Times) 2/28/2022 – Todd and Jody Boyman, who are siblings–and it’s important to Jody that she’s known as the big sister–have come out with many plant-based meat products that are actually good for you, and they taste good too. They call their food business Hungry Planet. 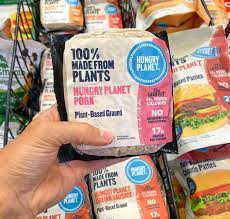 Jody began with, “I actually grew up in the Midwest, but I’ve been in Santa Barbara for almost three decades. I’ve raised my kids here. So I go back and forth. And he goes back and forth to the West coast, but we’re very proudly Midwestern-based, and we figured if we could create plant-based meats that appeal to the Midwestern people, well, then–we’ve got it made.” 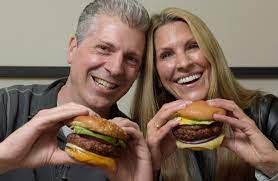 “We’re shipping in April, and we’ll be on the shelf in May, and we have 11 items, so we’re sort of taking over the category,” said Jody.

Todd chimed in with, “We’re different in that [our products] look-like, taste-like, and prepare-like conventional meat. We are really unique in that. We’re the first and only to have really cracked the code. And by that there are five different things that go into that–the first is that we’ve got nine different meat types. So it’s not just beef and burgers, right? It’s beef, chicken, pork, lamb, turkey, crab, breakfast sausage, and Italian sausage. So we’re the first ones who figured out how to do that. And not just a couple different types, right?”

“The other is that these products are authentically delicious, so if you’re going to deliver on the promise of what this category should be, it’s like–look– ‘I’m willing to make a sacrifice on delicious food.’ And, unfortunately, you know, most of the food in this category, there’s been a lot of hype, but it hasn’t really delivered on that promise of–it’s just really good food.” 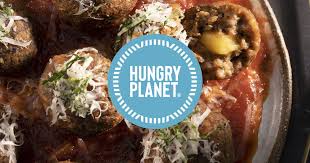 He continued, “So, the third thing that we really focus on is making sure that it’s demonstrably more healthy, right? And that was part of how we design this food. The fourth piece is really making sure that this food has a very natural flavor profile to it. And when you do that, you can then use it in really any cuisine, and any dish that you want to create. And that’s one of the issues we hear over and over is look–if I take some of these plant-based meats that are out there, and I want to make a Malaysian saute or a Japanese Chicken Cacciatore or whatever, it kind of tastes like that brand rather than tasting like chicken or pork or beef. It’s really figuring out-, ‘How do you enable culinary freedom across cuisine?’ This is essential.

And then the fifth thing that we accomplished is this kind of first and only that we deliver a huge variety of forms. And so, by that, we mean–everything from ground beef or pre-cooked meatballs or crispy fried chicken. We’ve got grilled and roasted chicken strips, we’ve got a pork gyoza, we even have ready-to-eat meals. We’re the only company out there that has actually figured this out…you’ve got 90 types, it actually tastes good, it’s demonstrably healthy, and it works in all these cuisine types.” 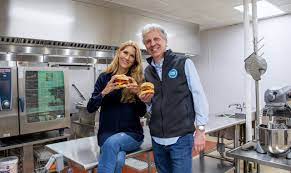 Hungry Planet sounds like a win-win for the planet and for people–whether it’s for health reasons, animal welfare reasons, or otherwise.

Jody said, “You know, when I was a kid I just came home and announced that I was no longer going to eat animals. You know, to my Swiss mother and English father–that didn’t go over so well. We’re looking at a global market opportunity of over $2 trillion a year. So there’s no way that there are ever going to be that number of vegans and vegetarians on planet Earth to really bend the curve on personal and planetary health, which is our mission. And so, we set out to build a bigger tent and invite everybody and every flexitarian on the planet, so whether it’s just their health or it’s just the animals or it’s just the environment, we find that if you come in to one of those portals, then all of a sudden the rest just opens up, and then you’re like, ‘Oh! This is so compelling!” 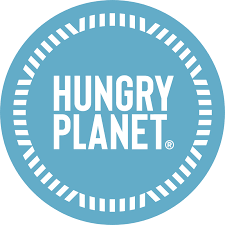 “So recently we sent all of our meats to the lab and we had them all analyzed for their footprint on carbon, land, and water. And now we are very proudly putting this on our packs so that people can see very clearly, you know, how much more nutritious we are versus others in this category and conventional meat, but also the water and the land. And, you know, all the carbon savings that you get from eating. It’s just such a nice way–you know, I find that people feel very powerless in the face of climate change–and this is a way to empower them to choose their food on a daily basis. I mean, the biggest difference that an individual person can make is what we put in our mouths, right? So, just getting that message out and making that appealing to people, and we’re just finding that it’s really resonating with folks. We have a fun, engaging, interesting story to tell. I mean, how is it that we manage to feed 80 billion animals, but we can’t feed 8 billion people? That’s just terrestrial animals–80 billion per year, and we can’t feed our own species. We don’t need the animal anymore. We have figured it out. We can give you meat directly from plants!”

Expo West is the largest food show of the year, based in Anaheim, California, and on big years, it pulls in about 90,000 attendees. And Hungry Planet is going to be there debuting their brand new breakfast sausage at their booth, starting March 10th. So, if you want to taste something that’s delicious, plant-based, and good for you, visit Booth 5733 in a couple of weeks and prepare to be dazzled by what you’re tasting. Their Certified Master Chef Ron –one of only 62 in the entire world–will be there, who also serves as their Chief Culinary Officer, to craft some delicious food for your dining delight!