Los Angeles, CA (The Hollywood Times) 09/03/2020- As sports teams start their new season, there are many factors that have changed due to COVID. There are no longer fans in the bleachers rooting for their team which have been replaced with cutouts to create the illusion of a crowd. Instead of live cheering, there is a recording that is played during the game to help create the energetic atmosphere that most players are used to playing in front of. However, not only has the sports teams been affected by this pandemic but thousands of athletes from different countries who were looking forward to this competitive year in the 2020 Olympics.

Multi award-winning, Hungarian-American filmmaker Klaudia Kovacs, an Oscar-contender for the Best Documentary, was in preproduction phase for her latest production, Children of Champions, when COVID hit. This new documentary was supposed to be shot in Tokyo during 2020 Olympics which had been cancelled till 2021. With this sudden halt in production, Kovacs prepared a plan B for the documentary just in case the 2020 Olympics doesn’t happen next year.

“What I want to do is shoot at the 2021 Olympics. The film is about how being an Olympian impacts parenting skills. How Olympian parenting style shapes their children in their mentality and approach to life. I want to make this a very diverse film which obviously Tokyo and Japan play a huge role because of the location of the next Olympics. However, a filmmaker always has a plan B because things sometimes don’t happen the way you planned, especially in the world of documentaries. So, if the Olympics don’t happen next year, my documentary will still be made anyway. That being said, my preference is to include the excitement and the emotional high that comes from the Olympic games,” said Kovacs.

Being a child of an Olympian herself, Kovacs can bring that strong voice to this project as well as the knowledge and experience that it needs.

“My mother was an Olympian and I remember very specific things that she did to install knowledge in me at a young age. She also had friends who were world champions and their children were also raised differently,” explained Kovacs. “I believe this is a very current topic. Due to the pandemic, parenting has had to change given the restraints of physical and societal limitations. For some time, there has also been a conversation internationally about American vs. European parenting styles which shows that no one has a blueprint. The only blueprint we have is from our own parents which we may or may not agree with.” 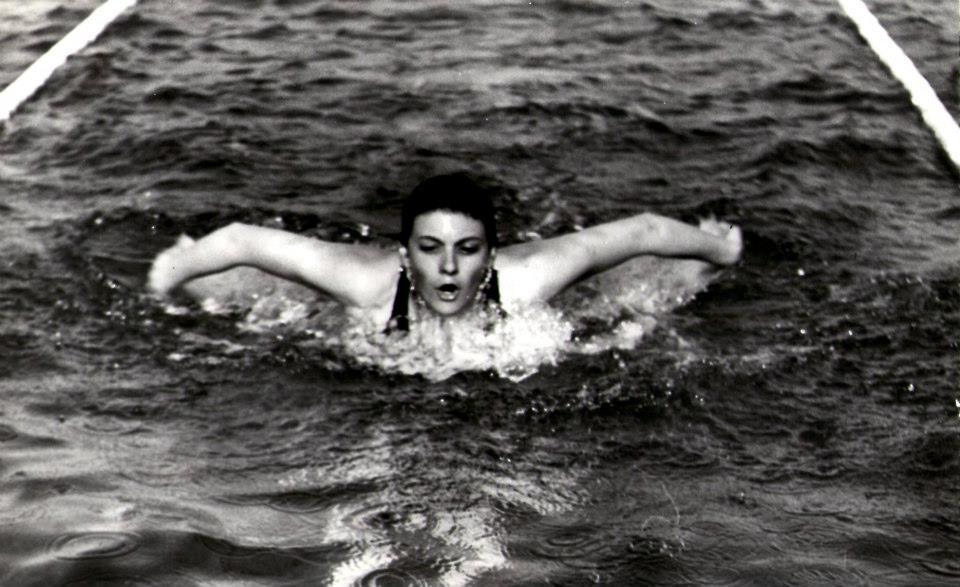 Parenting can be a very subjective topic and Kovacs has learned that there are certain psychological, societal, and cultural factors that seem to bring about different results.

“The film will be an opportunity to prepare viewers to see what approaches seem to have better results. You have to look at this as a complex issue. Just because someone is a good performer academically, sports wise, or in business, it doesn’t necessarily mean they are happier individuals. So, it depends on what you, as a parent, put the emphasis on and that’s the process I’m in right now: discovering what and how each country and culture has contributed to parenting and in what way. I really want to make this a global documentary and I don’t want to single out any specific nation. I’m interested in what approach produces children who are happy and able to deliver according to their abilities,” stated Kovacs.

There are many organizations that are very supportive of Kovacs’ documentary and what she is trying to accomplish. Three of these organizations are the Hungarian Olympic Committee, the Hungarian Swimming Association, and the Sport Museum of Eger, Hungary; which is the town where she was born and raised. However, Kovacs is currently looking to cultivate additional relationships with all the Olympic societies in the US as well as Japan and other European countries. Kovacs is still working on building relationships with sponsors and other possible backers for this film.

“Right now, I’m looking for major corporate sponsors and affluent individuals in the USA and worldwide who want to financially back my film. In addition, I’m working closely with the International Society of Olympic Historians so that the film is factually correct,” said Kovacs.

When creating documentaries, Kovacs looks for international stories that haven’t been told, which will benefit many generations to come and have a global impact. She believes that how you tell the story is paramount.

“Given the high-profile aspect of this film, I would really like it if the movie had broad exposure and prominent news organization and streaming platforms would get involved. I don’t want to tie my film to a specific Olympic, rather I would like to make an inspirational film for parents for years to come. I create documentaries that are not just watchable for a year or two but have a long life and people can view them with equal excitement 5 to 10 years from now,” said Kovacs.

Currently, Kovacs is in the casting process. She is looking for big name Olympians and Team USA members. If someone wants to be apart of her documentary and can contribute in anyway, she welcomes them to reach out to her via her website (www.KlaudiaKovacs.com) or on social media. Kovacs can be reached on Facebook along with Instagram. Her handle is klaudiakovacsdirector which is also the name on her Facebook account.

Kovacs grew up in the Olympic arena, but has always felt that her calling was in the arts and directing films. She believes in diving right in when it comes to creating films.

“Never wait for the perfect moment,” expressed Kovacs. “All of us started out from a position where you just have to dive in. If you feel the calling just do it. You may not have the success on the first or second try but the joy of creating the film is really in the making of the film. If you want to make a movie, then make a movie and eventually you will have the knowledge and experience to create projects the way you want them to be.”