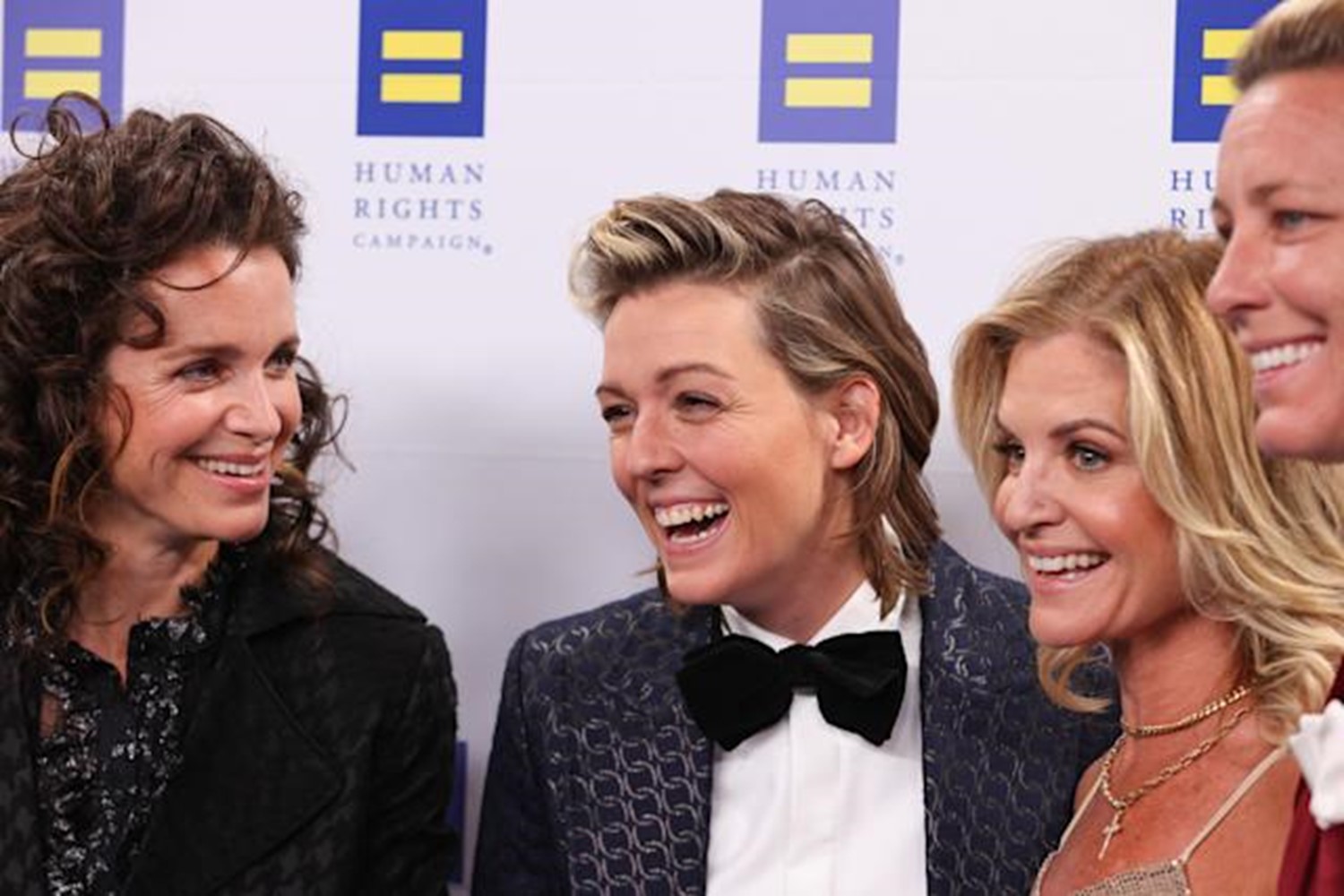 By: T. Felder and Valerie Milano

Los Angeles, CA (The Hollywood Times) 3/14/22 – Over the weekend, THT and friends attended the HRC’s (Human Rights Campaign) annual dinner at the JW Marriot in downtown Los Angeles. The night was filled with gorgeous smiles and commodores to fight against the anti-LGBTQ+ bills that have been advancing at a rapid pace in the state of Florida, Texas and Alabama.

Six-time GRAMMY award-winning singer, songwriter, performer, producer, author, and activist Brandi Carlile was the night’s honoree. Introduced by Olympian Abby Wambach and wife NYT bestselling author Glennon Doyle, Carlile spoke about her first time attending an HRC event. She laughs and calls herself “a nobody folk singer.” She recalls sitting with the other attendees waiting to see if the same-sex marriage initiative had passed and seeing the disappointment on everyone’s faces when it did not. After that, she remembers everyone “straightening out their ties and continuing to celebrate and fight for change,” which has allowed her to be happily married to her wife, Catherine Carlile.

Carlile ended her speech with a powerful message about the dangers of the current political powers. “Political predators addicted to power are carrying out their long-standing tradition of targeting children, especially trans kids, as they relate to the LGBTQ+ narrative. This hurts all Queer and CIS heteronormative families because these misguided leaders’ chip away at our natural ability to understand one another. They weaponize sexuality and sequester us to categories of deviance, making us inherently age-inappropriate when many of us have children ourselves. This isn’t light reading; this isn’t fun stuff to talk about. And yet we celebrate; that’s what Queers do! Cause we come from a long line of people that know how to find joy right smack in the middle of a fight.”

The evening’s featured speaker, actor Brian Michael Smith also delivered some powerful words regarding the ongoing battles the LGBTQ+ community face. “I was lucky enough to grow up in a progressive community, where I was given the space to be myself and figure out my path. That path gave me the grit to make it on the boy’s high school football team before I even knew I was trans. When I look back on that kid now, I see so much strength, but I have such a new respect for my vulnerability back then. I want young people today in Texas and Florida and across the nation to have the freedom to be themselves openly and fully. I want them to have the same sense of belonging that every child deserves. That’s what HRC is fighting for; that’s what I am fighting for. Says Smith.”

Click here to view a few clips from the evening: https://www.youtube.com/watch?v=jefCHMHlr8c