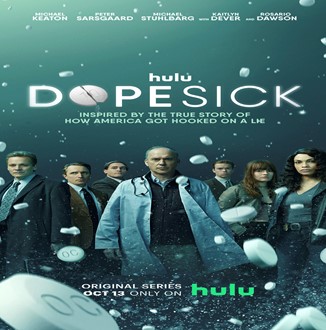 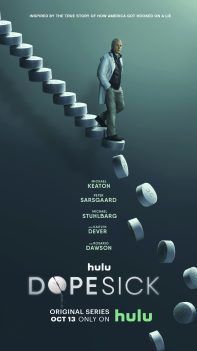 Los Angeles, CA (The Hollywood Times) 10/13/21 – Dopesick is an eight-episode series inspired by the New York Times bestselling novel by Beth Macy starring; Michael Keaton, Peter Sarsgaard, Michael Stuhlbarg, Will Poulter, John Hoogenakker, Kaitlyn Dever, and Rosario Dawson is set to premiere on Hulu October 13th. The series was executive produced by Danny Strong and Michael Keaton, taking viewers to the epicenter of America’s struggle with opioid addiction. In the series, the highly addictive painkiller OxyContin gets introduced to a mining community in rural Virginia. A criminal investigation begins after a DEA agent learns of its presence on the black market, prompting federal prosecutors to open a case into the drug. This intense and thrilling series will take viewers on a journey where unexpected heroes emerge to take down the forces behind one of America’s largest epidemics.