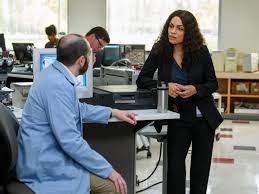 Los Angeles, CA (The Hollywood Times) 12/8/21 – Dopesick is an eight-episode series inspired by the New York Times bestselling novel by Beth Macy starring; Michael Keaton, Peter Sarsgaard, Michael Stuhlbarg, Will Poulter, John Hoogenakker, Kaitlyn Dever, and Rosario Dawson, it premiered on Hulu October 13th. The series was executive produced by Danny Strong and Michael Keaton, taking viewers to the epicenter of America’s struggle with opioid addiction. First, the series introduces the highly addictive painkiller OxyContin to a mining community in rural Virginia. Then, a criminal investigation begins after a DEA agent learns of its presence on the black market, prompting federal prosecutors to open a case into the drug. This intense and thrilling series will take viewers on a journey where unexpected heroes emerge to take down the forces behind one of America’s largest epidemics. As the series concludes, viewers are curious about how much truth it holds regarding the real-life opioid epidemic. As a result; I had a chance to interview addiction expert and treatment facility founder Nicholas Mathews, giving me first-hand insight on the topic. 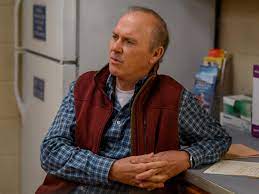 Which real-world consequences of addiction portrayed in the show are most common?

Often, there is circumstantial evidence as to why someone developed a drug problem. Maybe substance abuse is in their family, or it’s prevalent and accessible in their town. Dopesick did a good job of showing how random people in middle America, who got hurt in an accident or had chronic pain, who wouldn’t have otherwise become drug addicts, yet found themselves addicted to drugs. That honest portrayal helps break down the stigma that only poor people are negatively affected or that opioid addicts are people with willpower issues. Opioid addiction doesn’t discriminate, and nobody is more powerful than these drugs. 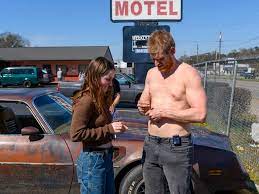 Which parts of the characters’ journeys seem most authentic, and which have been sensationalized for the sake of good TV?

Michael Keaton’s role as the physician is the most accurate portrayal I’ve seen on television. There’s a scene where he’s reflecting on all the people who died that specifically resonated with me. I recently talked to my friend about people we knew who passed from overdose and addiction. Sometimes when you sit down and think about it, if you’re the prescribing physician and didn’t know any better, the gravity of that genuine ignorance and the reality of the situation is challenging to unpack. How do you not accept some responsibility for your negligence? Keaton’s character’s pain and his residual trauma were remarkably authentic. I’ve seen people face that. People who genuinely didn’t know the drug they supplied was lethal. It’s usually a drug dealer selling drugs to support their habit and didn’t intentionally try to harm people, but a customer overdoses from drugs he sold them. How do you live with that? How do you move forward, try to recover yourself, or make amends after that happens?

What scenes or storylines resonate with you the most and why?

I loved Dopesick because they went so far out of their way to show how addiction doesn’t discriminate, and how it can affect any individual– regardless of circumstance, willpower, toughness, or how they grew up. 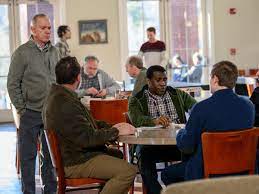 How did you overcome your own addiction?

I overcame my own addiction by taking everything one day and one moment at a time. It might seem vague or cliche, but it is true. It requires a lot of effort when you need to fundamentally change everything about yourself and your relationship with the world– the entitlement, ego, and everything that comes along with that behavior. Narrowing down your scope to individual moments like, “How do I get through this, as the person I want to be, instead of the person I am?” It changes your muscle memory and creates new habits. Then, before you know it, you are that person you need to be to stay sober.

Are opioids a valuable drug when used properly or should they be banned completely?

That’s an excellent question. At the end of the day, opioids work well. They do exactly what they’re supposed to do; however, it’s a highly radical solution for pain management, more often than not. I think opioids are wildly overprescribed, and it’s unfortunately culturally acceptable. The more we turn to it, the more we set people up to continue down this rabbit hole. In some cases, a standard over-the-counter pain med will not do the trick, and opioids might be necessary. Chronic pain is a good example of this, but we need more research on treating chronic pain. 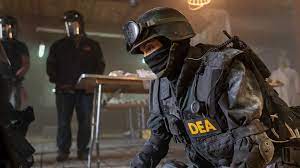 Tell us about your treatment facility. What was the start-up process? What do you hope it will accomplish?

I’d love to! I consulted for rehabilitations for six years before founding Stillwater Behavioral Health so, I was able to see what worked and what didn’t work from the traditional treatment approach. I also saw some clients take advantage of the system and benefit financially. Some programs would have patients go to the beach for two weeks and call it rehab. Given those injustices, I started to design this program based on my experience of knowing addicts and alcoholics, knowing the structure they can benefit from, and understanding that care and compassion always trump discipline and criticism. My goal in creating Stillwater Behavioral Health was to foster a culture where people have real resources to heal and get better, which we want to continue accomplishing. That’s the ultimate goal–to drive a culture of care and compassion for addicts and alcoholics who are still suffering. It is a culture free of judgment and a safe environment for people to open up, embrace who they are, and identify who they want to be.

What advice would you give to recovering addicts?

You can’t keep what you have unless you give it away.” That’s a wildly important lesson I learned. If you’re going to live through an altruistic lens, you have to be willing to show up for other people with the absence of self. If you benefit from that, great, but the real benefit comes from the reminder that your problems are not the most significant. You are not the most important person in the room. And one of the biggest things I’ve benefited from is the ability to realize that I’m not a victim. I don’t think there’s ever been a situation where I was truly victimized. It was a state of mind that I upheld to justify my behavior. When I could transcend that mindset and take control of my life, I experienced a freedom I had never known before.

As seen on KMVT-CBS in Idaho, KSBY 6 in California, and Pharmacy Times, Nicholas Mathews is a founder of Stillwater Behavioral Health, a Dual Diagnosis treatment facility that personalizes care to help those struggling to recover from substance addiction and mental health disorders. Mathews abused opioids at a young age before becoming a heroin addict at age 16. It was only when he developed a life-threatening liver condition that he realized he needed to get clean. After succeeding, he dedicated his life to guiding others into sobriety, becoming a consultant for various treatment facilities. This work made him determined to fix deficiencies in clinical care and boost the overall effectiveness of treatment programs. That’s when Stillwater was born. He intends to grow the facility to help even more people regardless of their socioeconomic background. He currently studies at Harvard Business School online.