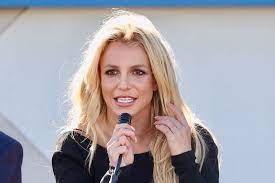 Los Angeles, CA (The Hollywood Times) 8/17/21 – While the Britney Spears conservatorship has been in the public spotlight for months, a new celebrity conservatorship case is in the headlines today.

Nichelle Nichols, a legendary actress who played the beloved Lieutenant Uhura on the original and still best Star Trek TV series, has been under a conservatorship for the past three years. The 88-year-old celebrity was reported to have been exhibiting signs of “instability and poor judgment” since 2010, and was placed under a conservatorship by her son who, in 2018, argued to the court that his mother’s condition made her vulnerable to exploitation.

Friends of Ms. Nichols say that she is now financially drained and struggling with dementia. The result is a fight over her future that involves her only child, the conservator, Kyle Johnson; a lifelong friend; and her former manager. Both Nichols’ close friend and former manager have now launched court battles to intervene in the conservatorship.

Like the Spears conservatorship, this is another story of a family member becoming conservator of a famous conservatee (the person under a conservatorship). These cases also share the parallel of concerned friends and fans seeking to publicize what’s happening to the star, intervene, and spread public awareness of the often sharp edges of conservatorship.

And like the Spears case, the Nichols case is a mess, with Yahoo! reporting this week that :

In 2018, Johnson filed a petition for conservatorship, arguing that his mother’s dementia made her susceptible to exploitation. In 2019, Bell filed a lawsuit against Johnson, alleging attempts to remove him from Nichols’ guest home, where he has lived since 2010, and “aggressive and combative behavior.”

Under California law, it is crystal clear how a conservatorship can be ended. It is not an easy process, though understanding the law here is fairly straightforward:

(a) Operation of law or court order

A conservatorship of the person or estate may terminate by operation of law or may be terminated by court order if the court determines that it is no longer required.

(b) Conservator of the person

(c) Duty of conservator of estate on termination

A conservator of the estate whose administration is terminated by operation of law or by court order must file and obtain the court’s approval of a final account of the administration.

For Nichelle Nichols, this will mean that someone will need to petition the California court to produce evidence that the medical conditions that brought about the conservatorship have improved to the point where the conservatorship is no longer a legal necessity. This is extremely difficult to prove with medical conditions such as dementia that do not self-resolve and generally progress until the person suffering from dementia does. At best, a good resolution for Ms. Nichols might be the same interim step that Ms. Spears has taken – to petition the court to remove her family member as conservator.

The Britney Spears situation is very different, in that her 13-year-old conservatorship was initiated due to concerns about her mental health and ability to take care of herself and her finances. And while her father last week indicated that he was willing to relinquish his role as conservator, the Los Angeles Times now reports what many experts anticipated – that he won’t go without a fight.

This weekend, Britney Spears posted a series of selfies on Instagram that have not only drawn international attention, but are surely causing fits for Mathew Rosengart, her new, high-powered attorney. Having recently announced that she had bought her first ipad, Ms. Spears is an adult who is free to post whatever images of herself she likes to social media. But framed within the current legal context, this is simply a reckless decision.

The most common way this would be proven as part of a filing to end a conservatorship would be through psychological examination. Spears has made it clear on several occasions of late that she will refuse further psychological evaluation. While Spears has set forth valid reasons for her stance, including, of late, allegations of abuse against a former psychiatrist, the legal process comes with a certain set of expectations. Absent a current evaluation that the court can assess to help decide whether Spears should be freed from the legal restraints that is a conservatorship, the court will have no choice but to look elsewhere, including, yes, social media.

What role can technology play here? In a situation where someone under a conservator is either unwilling or unable to submit to a psychological examination, is there a reasonable technology substitute?

There are a variety of mental health apps that don’t require any personal contact with a psychologist or psychiatrist, While many of these apps are well-regarded and are used by a lot of consumers, none will be able to produce the type and depth of evidence the court will look for as part of the legal process to end a conservatorship.

Aron Solomon, JD, is the Head of Strategy and Chief Legal Analyst for Esquire Digital. He has taught entrepreneurship at McGill University and the University of Pennsylvania, and was elected to Fastcase 50, recognizing the top 50 legal innovators in the world. Aron has been featured in CBS News, TechCrunch, The Hill, BuzzFeed, Fortune, Venture Beat, The Independent, Yahoo!, ABA Journal, Law.com, The Boston Globe, and many other leading publications.