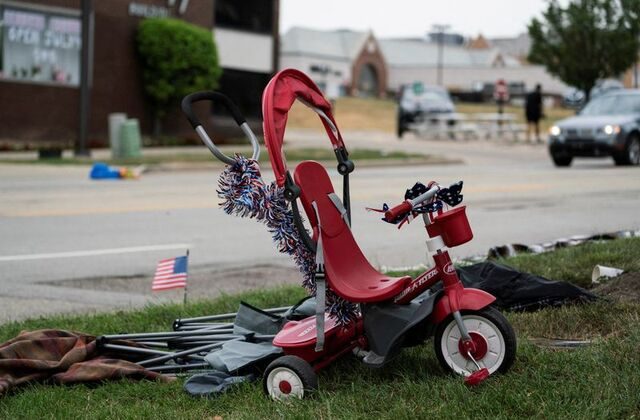 The following are my own views and opinions. Take it for what it is.

When are enough mass shooting enough? When we VOTE OUT ALL THE REPUBLICANS so we can remove the archaic Filibuster and begin to legislate real change that’s when.  We need to have a conversation of the weekly/daily murders of people in this country with weak laws on guns. There are over 450 million guns in the United States and nearly 335 million people. 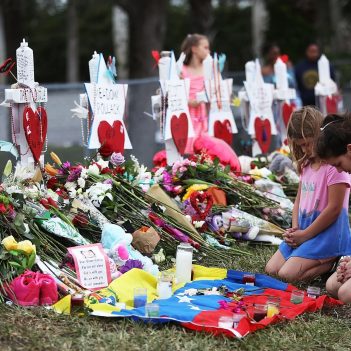 Here are the latest stats on population

We ACCEPT this completely intolerable and completely unsustainable level of violence in our country. The VAST majority of people in this country wants this to STOP. PERIOD!

32% of Americans say they personally own a firearm according to the 2021 National Firearms Survey. This means that more than 81.4 million Americans own guns. This number only includes adults over 18. When you include family members who live in their same household as a gun owner, that number jumps to 41% of all Americans. Gallup has this figure estimated at 44% of households.

In 2022 alone, 180 CHILDREN have been KILLED! CHILDREN! OUR AMERICAN CHILDREN! If you’re NOT disgusted by this, then there’s something wrong. Really, really wrong.  Children are growing up in the OLD WEST. This is ALL THEY know! This is NORMAL to them now.  THIS SHOULD NEVER BE NORMAL, PEOPLE!

I’m a father and grandfather of teenaged boys. We worry about the gun violence. My wife and I worry, when will it be our community?  This is a crap-shoot, pardon the reference, but it is!

The National Institute of Justice has a great PDF here, that explains a great deal about our GUN problem.  Here’s an excerpt from Page 5 of that PDF:

The stock of guns in private hands

“The NSPOF-based estimate for the total number of privately owned firearms
is 192 million: 65 million handguns, 70 million rifles, 49 million shotguns, and 8 million other long guns (exhibit 4). Of the handguns, 48 percent were revolvers, 40 percent  semiautomatics, and 12 percent were reported as “some other type of handgun” by  respondents.

The millions of guns in private hands included everything from cheap .22-caliber “snubbies” to finely made high-powered rifles worth thousands of dollars. The variety of firearm designs reflects the multiplicity of uses for which they are intended and also influences the weapons’ capacities for harm. Firearm regulations place special restrictions on commerce in shortbarreled guns (because they are easily concealed and  disproportionately used in crime) and on large-capacity magazines.

From our analysis, we find that the magazine capacity of one-fifth of all handguns was 10 or more rounds (exhibit 4B). The barrel of about one in six handguns was 3 inches or shorter (exhibit 4C).

7 Comparing handguns acquired in 1993 or 1994 with those acquired prior to 1993 permitted examination of changes in the demand for different kinds of handguns over
time. Handguns acquired more recently were more likely to have large magazine capacities (37.8 versus 14.1 percent held 10 or more rounds) and were less likely to be of small caliber, defined as .32 or under (28.6 versus 38 percent). (See exhibit 4D.)”

So, the old analogy is this:

If you answered GUNS you’re wrong. PEOPLE kill PEOPLE. Guns, when left alone, don’t move, can’t auto fire, do not have a brain, have ZERO clue the age, creed, race, or nationality of people and surely cannot load themselves.

You see, PEOPLE do all those things GUNS CANNOT! Human’s think, plan, create, destroy, love, single-out, drive, swim, are mean, are loving, etc.  We have emotion and therein lies the problem. With the age and rise of #Trumpism and #theMAGA brand, people who are NOT necessarily mentally ill, but who are easily swayed, are the most vulnerable.  People with less cognitive abilities, inability to see right from wrong and cling to something they believe will give them power and relief, are the ones that are the most likely to be at risk for being “turned.”  Sounds like #TheWalkingDead, right? It’s because it IS!

But that’s what I’m writing about. What this about is REALITY not FANTASY!  What has happened to our country and its love of GUNS? When the second amendment was conceived, the framers of the Constitution never imagined AR-15’s or AK-47’s or even high powered rifles. No, they wrote it with muskets in mind and a well-regulated militia during the time when the country was forming and we really didn’t have the armed forces we have today.

The Second Amendment of the United States Constitution reads: “A well regulated Militia, being necessary to the security of a free State, the right of the people to keep and bear Arms, shall not be infringed.”

You can read about United States v. Miller and the District of Columbia v. Heller to learn more about how the second amendment has changed.

Second Amendment, amendment to the Constitution of the United States, adopted in 1791 as part of the Bill of Rights, that provided a constitutional check on congressional power under Article I Section 8 to organize, arm, and discipline the federal militia.

Referred to in modern times as an individual’s right to carry and use arms for self-defense, the Second Amendment was envisioned by the framers of the Constitution, according to College of William and Mary law professor and future U.S. District Court judge St. George Tucker in 1803 in his great work Blackstone’s Commentaries: With Notes of Reference to the Constitution and Laws of the Federal Government of the United States and of the Commonwealth of Virginia, as the “true palladium of liberty.” In addition to checking federal power, the Second Amendment also provided state governments with what Luther Martin (1744/48–1826) described as the “last coup de grace” that would enable the states “to thwart and oppose the general government.” Last, it enshrined the ancient Florentine and Roman constitutional principle of civil and military virtue by making every citizen a soldier and every soldier a citizen. (See also gun control.)

What I fail to see, is America’s obsession with guns. Why do we need so many guns? We don’t, actually. Instead what we need is better control over guns. I’m a proponent of the right to keep and bear arms even though I don’t want them in my home. What I do not agree with is the right to keep and bear MILITARY ASSUALT WEAPONS which belong in the hands of trained individuals like, oh, I don’t know, the MILITARY? But I digress.

Kids, mostly white, young KIDS, 18 years old, can legally purchase military grade weapons, plan to kill and carry out that plan.  WHY? WHY ARE WE SO BLIND to the fact that this is a serious problem? DO NOT for one minute blame it all on mental illness. The gunman who killed innocent parade goers in Highland Park, IL, was visited TWICE by law enforcement and after that, his STUPID-ASS FATHER, signed off on an application for his son to BUY two high-powered rifles. WTF? There’s NO LOGIC in that people. NONE! ZERO! ZIPPO!

In our divided country, even more polarized by the MAGA NATION who are out from under their rocks, given a voice by you know who, are now out of Pandora’s box and there’s NO WAY they are going back in.  So, how do we deal with this issue and how do we deal with the politicians who are BOUGHT and PAID for by the NRA? WE VOTE THEM ALL OUT! Come November, we need to speak with our FINGERS and VOTE ALL REPUBLICANS OUT of office because they care NOT for America, they care ONLY about MONEY, GREED and how to further themselves.

Today I watch former Senator Alan Simpson receive the President Medal of Honor by a former colleague of his on the other side of the aisle, President Joseph R Biden, Jr.  I remember Al Simpson and the late Edward “Ted” Kennedy doing a small snippet of two minutes called Point/Counterpoint, if my memory serves. They were at each other’s throats during the day and yet were the best of friends after they left work. It was like that between President Reagan and Speak Tip O’Neal. They’d go and have Irish Whiskey sometimes together after a days work.  That comradery of then is long dead gone.

Today we have Sen. Mitch McConnell and the MAGA-ITES in the Republican Party who don’t care one damn bit about a damn thing except their POCKETS and how much MONEY the NRA and the GUN LOBBY can stick in them. Overflowing I might add. Our country is falling apart and going down the toilet.

If we don’t do something about it, because our elected officials (THE REPUBLICANS) have no interest and are HELLBENT on REVENGE should they ever take back the Senate and House (God forbid), then our republic will forever be lost to tyranny.

So what can you do about? Write the Whitehouse and click on the menu on the upper right and select CONTACT US.  There you can write the president and vice president. Them EXACTLY how you feel and although President Biden signed weak gun law a week ago after Uvalde, it’s something.  Call your congressperson and senators. REACH OUT! They will listen.  At least the democratic ones do. #VoteBlueNoMatterWho on election day as everything is on the line, folks.  We are STALLED by the minority and that archaic filibuster from the 50’s. WE CANNOT DO ANYTHING with Sen Joe Manchin and Sen Kirsten Sinema. They’re basically Republicans in Democratic clothing.

There’s so much at stake people that I cannot even begin to tell you what the ULTRA RIGHT WING SCOTUS now known as the Legislature II as they make laws based on their beliefs NOT the law.  What’s next? Everything that’s NOT enumerated in the constitution that’s what. Let me list a few things for you and let them all sink in.

You see, folks, EVERYTHING’s on the table. EVERYTHING you’ve held dear will GO AWAY! Am I scaring you yet?   Think about this statement: “I cried because I had no shoes until I met a man who had no feet.”

What does that mean to you? Here’s a great quote by Martin Niemöller

Remember that come November 2022 and November 2024 if you don’t VOTE and if you have NOT spoken up and said what you believe by then, then there will be no one to speak for you and our 243 year old republic will surely be lost forever.

If you don’t like a book or it’s contents, don’t ban it, just don’t read it.