Beverly Hills, CA (The Hollywood Times) 9/9/19 – Marcia, Marcia, Marcia!!  One of America’s first beloved TV families, The Brady Bunch, comes back to our TV screens to reveal the iconic remodeling of the famous Brady Bunch house! Chalk full of nostalgia and memories of simpler times, President of HGTV Jane Latman sat down with the stars of the Brady Bunch to converse on the process of this monumental series!

The Brady house has always held a certain romance for its viewers. Whether fans recall the vanity that Marcia Brady tirelessly groomed herself in front of, or the timeless structure of the staircase, this house is ingrained in many minds around the globe. The sentimental value of the historical house is also shared amongst some members of the cast! Maureen McCormick admits, “I had such an affinity for this house just because it’s weird but in some sort of a way I’m a fan of it just like America I think loves it. Like, I have that same love for this house and when I was told that I could be a part of this and that they were going to really let us demolish things and then rebuild them, I was like, “Oh my gosh, the chance of a lifetime, really.” 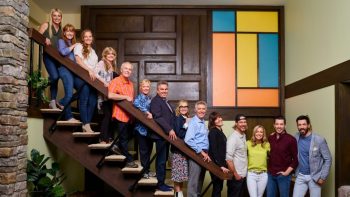 Cast members of the hit 70’s show were assigned particular rooms and objects to help remodel and design. Eve Plumb (Jan Brady) recalls the task of recreating the lovable housekeeper Alice’s room. “we studied — they studied every single frame that was available. I worked on that with Lara Spencer. And we shopped for the things that we could find for her dresser. We had a real hard time finding those lamps. We had to sort of recreate them. But the way that they did all of it was to take a freeze-frame of that scene and try to find each item or recreate each item in that room. So, we found a chair that was very — that was almost exactly like the one that was in it. And so on, and so forth. But the bonus room back there is because the house that was there previously had a bathroom off of that bedroom. So now, Alice has a bathroom. And so, we got to do that out of whole cloth. We did special yellow colors and we had a vanity built for the sink, and so that’s a special bonus room for Alice to have a nice bubble bath in there.”

Thankfully, a lot of the former Brady’s have renovation experience that they were able to bring to HGTV for this highly anticipated series. Christopher Knight (Peter Brady) shares his own experiences with renovation. “ I built a few homes. I built the home that I lived in, I don’t live in now, but I — luckily we, I think all, had some money when we ended our days with “The Brady Bunch” and I put mine into real estate at the right time and then started doing not flips initially, but just buying homes in the first stages of development that were, you know, multiple-staged and just wrote it up. That ultimately led to renovations. And I did my first, my only rental when I was like 24.” 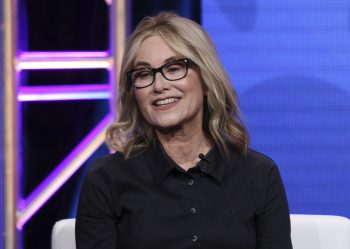 It will no doubt be a beautiful, nostalgic and groovy ride to watch a Very Brady Renovation, September 9th on HGTV!