Los Angeles, CA (The Hollywood Times) 8/14/20 – When viewed against the current backdrop of pestilence, racism, economic depression, and Trumpism, the garden variety graft and sex imbedded in Roadkill goes down easy as light entertainment.

American audiences came to love Hugh Laurie as the pill popping physician in the long runner House. On Roadkill, Laurie plays a womanizing Conservative minister who has just dodged a corruption scandal and seeks to move his career forward despite the burden of a wild child daughter with a fondness for coke and casual sex; and the sudden appearance of a long lost multi-race, lesbian daughter who happens to reside in prison.

The action is set in a fictitious Britain where the Conservative party tenuously holds power; and spends most of its time in maintaining that power rather than doing the country’s business. Roadkill is delivers nuanced acting from top to bottom and whip smart dialog. It’s enough to forgive some dodgy plot twists. Do we really believe Laurie’s character would visit a woman’s prison to verify the existence of his illegitimate daughter so soon after a high-profile court case where he sued a national newspaper for libel? Then again, considering current events, maybe no act of stupidity is too farfetched.

Roadkill is expertly crafted political farce that plugs directly into today’s headlines. It also has the cliff- hanger appeal to bring audiences back for more.

David Hare: “I think there’s something new in the 21st Century, which is that there is a sort of shamelessness in it. We have a Prime Minister that has been sacked (fired) twice for lying, yet he is the Prime Minister. The idea of shame has disappeared from politics. Your President said that if he shot someone in the middle of 5th Avenue, nobody would be much concerned.

“So, I wanted to write about that really, the change in politics whereby it’s ok to do things and you have a fair chance of getting away with them on the likelihood that you resemble the people who vote for you.” 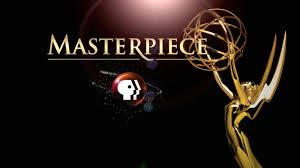 Hugh Laurie described his approach to his character:

“Well, I think the challenge is to let the audience find something rather than present it to them on a plate. I feel some sympathy for the American politicians who are sort of going through a television meat grinder on a daily basis and appearing – or at least at one time – appearing in front of vast rallies where a more operatic style is called for.

We are a smaller country in many ways, in many dimensions. We are a more restrained country in many ways. I think the fun for an actor is to allow the audience an opportunity to decipher things rather than simply present it to them in bold captions; which is by the way, my instinct.”