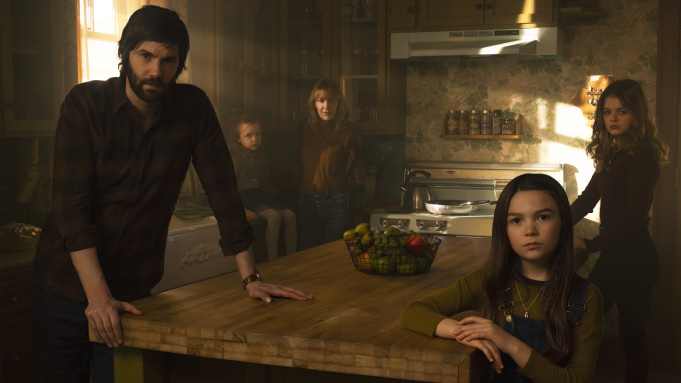 “Even a child’s voice can be heard around the world.”–Malala Yousafzai

Pasadena, CA (The Hollywood Times) 4/2/20 – HOME BEFORE DARK is an American mystery drama web television series produced for Apple TV+ that is set to premiere on Friday, April 3rd, 2020.  The series was created by Dana Fox and Dara Resnik.  It is executive produced by Jon M. Chu and shot in Vancouver, Canada. 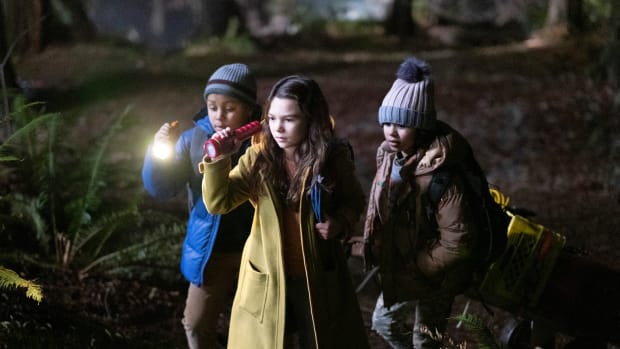 HOME BEFORE DARK is based upon the life of young journalist Hilde Lysiak.  It stars Brooklynn Prince as Hilde Lisko and Jim Sturgess as her father, Matthew.

Hilde moves from Brooklyn to the small lakeside town her father left behind.  While there, she doggedly unearths a cold case that everyone in town, including her father, had tried hard to bury!

Lovers of teen crime shows such as NANCY DREW may want to give this fact-based series a look.  The young star should have a bright future with many exciting adventures ahead of her.

The real Hilde Lysiak was born on November 2nd, 2006 in Brooklyn, New York to Matthew and Bridget Lysiak.  She has three sisters. 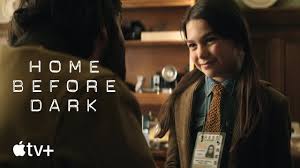 Matthew Lysiak was a journalist for the NEW YORK DAILY NEWS and often took Hilde to the newsroom as a child.  With Matthew’s help, Hilde started to publish the ORANGE STREET NEWS in 2014 at the age of seven.  The ORANGE STREET NEWS now has a website, a Facebook page, and a YouTube channel.

Advertisement
In 2016 Hilde Lysiak and her older sister Isabel were given a Tribeca Disruptive Innovations Award.  In 2019 Lysiak was given a Junior Zenger Award for Press Freedom for fighting for freedom of the press and the people’s right to know.

On May 10th, 2019 Lysiak became the youngest person in U.S. history to deliver a commencement speech when she addressed the graduating class at West Virginia University’s Reed College of Media.  The speech, which was covered nationally, was considered to be one of the year’s most inspiring commencement addresses.

Crime reporting has always been a passion for the young Hilde Lysiak.  “Covering crime is like solving a giant moving puzzle,” Lysiak has said.  “The job of a crime reporter might be the best in the world.”
At the age of nine, Hilde Lysiak scooped the murder story featured in HOME BEFORE DARK.  The video she made of herself reading hate mail went viral, and the world started to take notice of her.  Hillary Clinton counts herself as one of Lysiak’s fans. 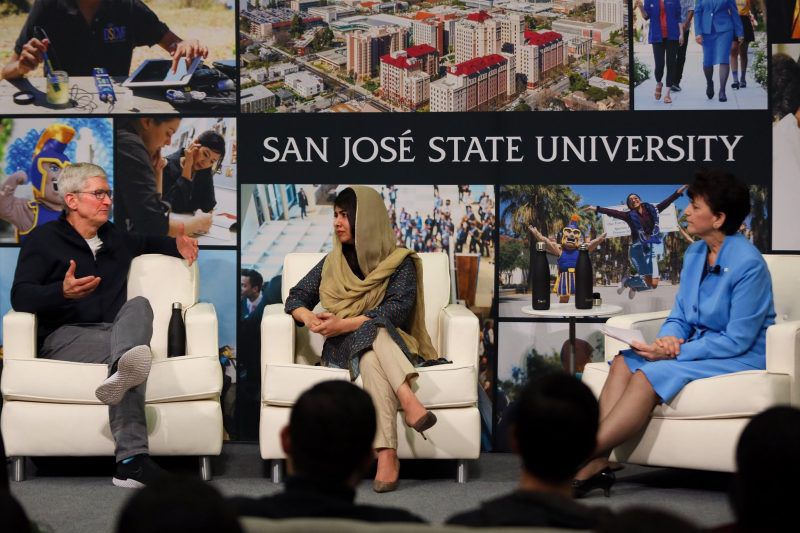 Lysiak had the honor of interviewing another precocious teen, Nobel Peace Prize recipient Malala Yousafzai, who was shot in the head by the Taliban for championing the right of universal education.  Ever since this incident, Malala has become one of Pakistan’s most famous young citizens.  She became better known in the US when she was made an honorary citizen of Canada at a special ceremony held in Ottawa not far from Hilde Lysiak’s hometown of Selinsgrove, Pennsylvania.
Hilde Lysiak hopes the HOME BEFORE DARK show will encourage young people to take a serious interest in community issues, even criminal ones.  The youth of today have nearly limitless access to information thanks to the Internet and a multitude of electronic devices.

“I think that kids are a lot smarter than adults really give them credit for,” insisted Hilde Lysiak when she spoke on a Winter 2020 TCA Press Tours panel held on Sunday, January 19th at the Langham Huntington Hotel in Pasadena.  “So I think you really need to give them some room to show what they can accomplish and what they can do.”

Advertisement
In June 2016 Hilde Lysiak signed a deal with Scholastic to co-write a series of books with her father under the title HILDE CRACKS THE CASE. A series of six books was published between 2017 and 2019.  The main characters are based upon Hilde and Isabel Lysiak.
Each illustrated book resembles a reporter’s notebook and is filled with penciled-in clues.  The unique and affordable format alone should inspire interest in Hilde Lysiak and drive viewers to HOME BEFORE DARK when it launches next month.