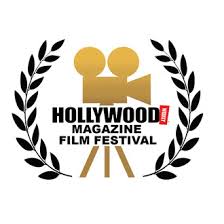 Hollywood, CA (The Hollywood Times) 11/2/17 – In the illustrious world of Hollywood, sometimes it is a good idea to have some help in creating something special.  On Friday, November 3rd, 2017, a group of veterans in the music and film industry, under the banner of 360 Studios and Montalvo Media, will convene an exclusive event at Raleigh Studios.  This is an event that seeks to pair content providers with investors and invited guests with producers, writers, and actors.
Advertisement
The LA-based team of veterans in the film and music industry, which includes founder Keith Barrows and newly appointed COO Larry Andrews, is breaking ground with its new entertainment company, 360 Studios.  The globe-spanning company was originally created to produce and finance feature films as 360 Films in various genres, markets, and territories.
“360 Studios focuses on developing artists to work at their full potential, while providing them with a platform for exposure,” says founder Keith Barrows.  “I am thrilled about this company’s new direction,” says producer Stan Divranos.  “We will act as an incubator and take artists and content creators to a level where major studios will just have to take over and boost them into stardom.”
The Hollywood Weekly Film Festival will also host an exclusive screening and panel discussions as part of the event, which is scheduled to coincide with the week-long American Film Market.  Raleigh Studios located at 5300 Melrose Avenue is in the heart of Hollywood, creating a timely opportunity for screenwriters to showcase their best work to the best group of potential buyers.