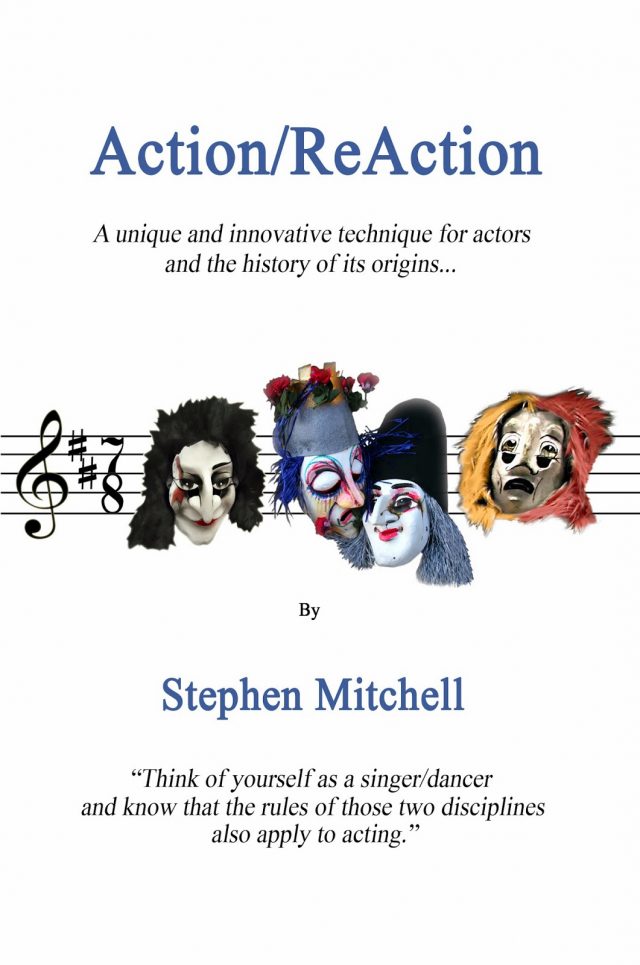 Los Angeles, CA (The Hollywood Times) 3/5/21 – How can you tell a Hollywood actor from a mediocre one? Is there a difference in appearance, attitude, or even skillset? When can you tell when it is only a hobby versus a career? An accomplished producer, director, and writer Stephen Mitchell explains in his book, Action/Reaction, that there are three kinds of actors. There is the bankable lead who is the protagonist that brings the audience to the box office to buy tickets in order for the investors to put forth the money to get the film distributed. There is the antagonist that focuses the audience on the flaws of the protagonist, which will ultimately upstage the bankable lead. Then there is everyone else that adds to the film but will not distract the audience from what is going on. In his classes, Mitchell molds his students to become more of the antagonist because realistically most actors will not become the bankable leads.

There are many acting techniques in the industry that an actor can study in order to improve his or her skill set, however, what Mitchell has come to realize is that many of these techniques are not helping the actor but actually hindering them instead.

“As a director who grew up in Hollywood and worked there, I have been making movies for over 20 years. What I have come to realize is that not everyone who went to Stella Adler got A’s in class. I thought either that method didn’t work or those actors weren’t practicing it. Most of the expert advice that actors are given is designed to shut them out of a career. Most techniques that I’m aware of are based on Stanislavsky where they want the actor to feel something. In my experience, when an actor feels something it doesn’t show on the camera, and therefore doesn’t affect the audience at all,” stated Mitchell.

Due to this realization, Mitchell decided to create a different technique that would work for anyone who came through the door. He started up a repertory company where he would teach actors this new technique and create a company of actors that he would like to work with.

“My technique has a lot to do with branding. Every actor in Hollywood is branded and a brand doesn’t limit you, it actually opens you up to getting a higher paying job. Typecasting is for background actors but branding is very specific and will give you a lot of specific information. For example, Meryl Streep is branded. She always plays intelligent, emotionally vulnerable people who are at a turning point in their life and usually with a different nationality. Her films Sophie’s Choice and Manhattan fit that profile among many others,” said Mitchell.

Mitchell’s book, Action/Reaction, is a helpful resource for learning this new technique. It gives you the basics but doesn’t deal a whole lot with the brand. It was created to express the brand publicly.

“On the cover of my book it says to think of yourself as a singer/dancer because everything I teach and all the rules of song and dance applies to acting,” explains Mitchell. “You’re going to sing your lines meaning phrasing, tonality, pitch, and cadence all enter into it. Then you’re going to dance your emotions which basically means body language.”

In addition to his technique, Mitchell created an audition set that would help actors book cold readings. He said that it is almost like a magic trick if you knew how the trick went.

“Everyone who gets the sides will look at the definition of the character. Then they will go into the audition and try to do what was described. Therefore, the casting director is seeing the same performance 40 times. I want my actors to go in there and show them what they will look like in a leading role staring their brand,” explains Mitchell. “The actor will know how they are going to say each line regardless of what the line is. Their interstitial will be exactly the same and fully rehearsed. So, they will sell their brand and show the casting director something different for that day.”

Ultimately, an actor’s goal is to affect each audience member in some way. Once you bond with the audience, then they are a participant in your performance. However, how can you affect an audience that has a wide range of publics inside of it?

“You need to target the right public, however as an actor, you can’t do that because every audience has about nine publics inside of it. What I teach my actors is how to do interstitial reactions. For instance, I would do a quick reaction that would suit one public, then do a completely different reaction for another public. When all said and done, I would have just resonated with four different constitute groups in that audience. By the time I got through my whole performance that’s just four phrases, I would have resonated with the nine constitute groups that made up that audience. They would have each seen a bit of themselves in me in the infinite forms. If you knew how to give these little homeopathic doses throughout the performance by the time you’ve finished, they would all have recognized themselves in you,” said Mitchell. 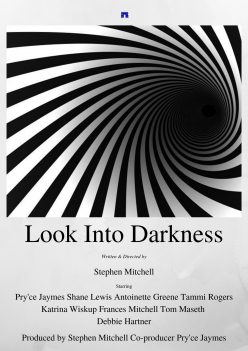 With so much knowledge and understanding, Mitchell has dedicated his life to helping actors’ study how they can use Action/Reaction to their benefit. He gives his students opportunities to practice what they have learned by hiring them to act in his film projects. His recent film that was just released in 2020 was Look into Darkness which included many of his students.

“I don’t create these rules and this way of doing things because I’m a dictator and I love to tell people what to do,” expressed Mitchell. “I do it because I love it when my students call me and say they got hired and were upgraded to a bigger role.”

Apprentice and pupil Pry’ce Jaymes had only great things to say about Mitchell and the work he does for his students.

“Being the apprentice of Stephen Mitchell has been an unexpected lane that has cemented itself in my journey in the industry. I was honored when he unexpectedly put me in the car and groomed me to be the additional driver. This happened because over the years I trusted Stephen, and he believed and trusted in me. Together, we have been able to film and produce a total of 6 films, 3 of them available on Prime, completing season 1 of a new web series, corporate industrials, and numerous videos for his Series-of-One DVD’s…these are one-man/woman show monologues that are written specifically for various students, also available on Prime. Action/Reaction continues to challenge me, which stimulates change. It is an important aspect of my acting. Incorporating this technique in these films has elevated my presence, awareness, and resonance on screen,” said Jaymes.

If you would like to take classes with Stephen Mitchell then reach out to him via email and mention that you’ve heard about him from the Hollywood Times.