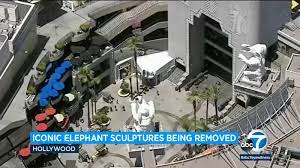 Hollywood, CA (The Hollywood Times) 11/12/21 – The former Hollywood and Highland retail center, now called Ovation Hollywood, is getting a $100 million makeover. Gaw Capital and DJM, the property’s owners, acquired the property that sits on 7.5-acres in Hollywood for $325 million in 2019. 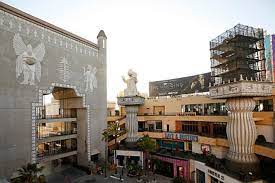 When visitors come to the new Hollywood and Highland retail and entertainment complex, they’ll see a timeless black and white facade. There will be a large bright marquee sign with the shopping center’s new name: Ovation. Visitors will walk up a grand staircase surrounded by a lush landscape and see murals on the walls that celebrate Hollywood’s filmmaking industry. Then they’ll walk into the newly renovated courtyard, under a newly designed massive archway, and see the famous Hollywood sign on the mountains. 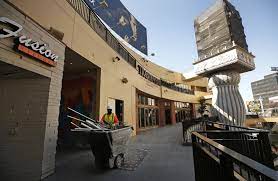 “We want people the moment they walk from the street and into our center and under the archway and see the Hollywood sign, to be inspired,” said Chad Cress, the chief creative officer at DJM, to Spectrum News. Once complete later this year, visitors to the formerly known Hollywood and Highland retail center on Hollywood Boulevard and Highland Avenue in Hollywood will see other changes. 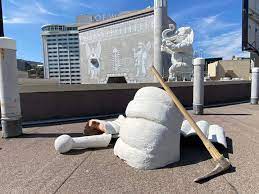 Gone are the Intolerance-themed Babylonian carvings on the giant archway and the courtyard and the pair of gigantic white elephant statues that stood on massive pillars the size of the five-story shopping center. There will be a revamped open courtyard with a lush landscape, a new creative office on the top two floors, and plenty of restaurants and retail. Supposedly, they also wanted to get rid of some of the racist legacy associated with the films of D.W. Griffith. The center’s original Babylonian design is based on D.W. Griffith’s 1916 movie Intolerance. Griffith is the director of the controversial silent film, The Birth of a Nation. 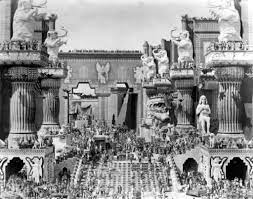 “The Babylonian-themed courtyard is a replica of an antiquated film set from an intolerant time that we’ve always planned to remove for the reimagining of the property,” said Cress. “Our goal for Ovation is to create a space that is forward-looking and celebrates Los Angeles’ diversity, history, and optimism.” Cress added, “the (old) design is not relevant for today’s consumers.”

As part of a $100 million modernizing plan, Hong Kong-based Gaw Capital and Los Angeles-based DJM Capital Partners, the property’s new owners, are converting the giant arch into an art deco-style archway that features murals of people performing before lights, cameras, and a crowd applauding. The shopping center is also getting a new name: Ovation Hollywood. “We’re celebrating what Hollywood is all about,” said Cress. “By naming it Ovation, we’re trying to capture the spirit of Hollywood that is optimistic and celebratory of folks who come all over the world to chase this dream.”

Hong Kong-based Gaw Capital and DJM purchased the 463,000 square-foot property that sits on 7.5-acres in Hollywood from CIM Group for $325 million in 2019. The sale did not include the nearby Loews hotel and Dolby Theater. Upon purchasing the property, Gaw and DJM immediately announced the renovation. The companies began to renovate the property a few months ago. It should be completed sometime in 2022. 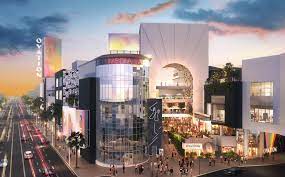 Before the pandemic hit, the Hollywood and Highland complex was one of Hollywood’s main tourist attractions, attracting more than 25 million visitors a year. Built-in 2001, the shopping center sits along Hollywood’s famous Walk of Fame. It’s adjacent to the TCL Chinese Theater and the Dolby Theater, where the Awards are held annually. At the moment, the complex is a mess due to construction and hardly a tourist attraction.