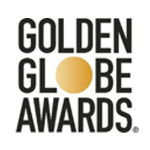 Renowned photographer Matt Sayles will remotely connect with nominees to capture photo and video portraits from their locations around the world. As creative director for the official Golden Globe® Awards portraits, Sayles will utilize his signature style to innovatively produce content under the theme “the Glamour of the Globes with the realities of the Pandemic.” This year’s exclusive photo and video content will be posted on show day, February 28th, to the @GoldenGlobes Instagram, as well as behind-the-scenes moments shared on Instagram Stories.

The Golden Globes celebration on Instagram will kick off with some of the platform’s top creators bringing iconic aspects of the show to life via Instagram Reels. Elsa Majimbo will delight with her comedic stylings in a series of monologues, Nick DiGiovanni will prepare some award worthy Globes inspired dishes, Wisdom Kaye will reflect on Globes glamour with an eye for fashion in a pandemic year, and Mythical Kitchen will showcase the official 30th anniversary Golden Globes cocktail, the Moët Golden Fizz.

The 78th Annual Golden Globe® Awards, hosted by Tina Fey from the Rainbow Room in New York and Amy Poehler from The Beverly Hilton in Los Angeles, will air LIVE coast to coast on Sunday, Feb. 28, 2021 from 5-8 p.m. PT/8-11 p.m. ET on NBC and will be available to stream the next day on Peacock.

Produced by dick clark productions in association with the Hollywood Foreign Press Association, the Golden Globe Awards are viewed in more than 210 territories worldwide. Ali Sar is President of the HFPA. dick clark productions’ Amy Thurlow, Barry Adelman, and Linda Gierahn will serve as executive producers.

ABOUT THE HOLLYWOOD FOREIGN PRESS ASSOCIATION
The Hollywood Foreign Press Association (HFPA) was founded in 1943 – then known as the Hollywood Foreign Correspondents Association – by a group of entertainment journalists based in Los Angeles. During World War II, the non-profit organization established a cultural bridge between Tinseltown and millions of cinema fans around the world who demanded drama and inspiration through entertainment. The HFPA continues to do so today with a membership representing more than 55 countries. Since 1944, the group has hosted the annual Golden Globe® Awards – the premier ceremony which honors achievements in both television and film. The licensing fees from the Golden Globe® Awards has enabled the organization to donate more than $44.5 million to more than 70 entertainment-related charities, film restoration, scholarship programs and humanitarian efforts over the last 25 years. For more information, please visitwww.GoldenGlobes.com and follow us on Twitter (@GoldenGlobes), Instagram (@GoldenGlobes), and Facebook (www.facebook.com/GoldenGlobes).