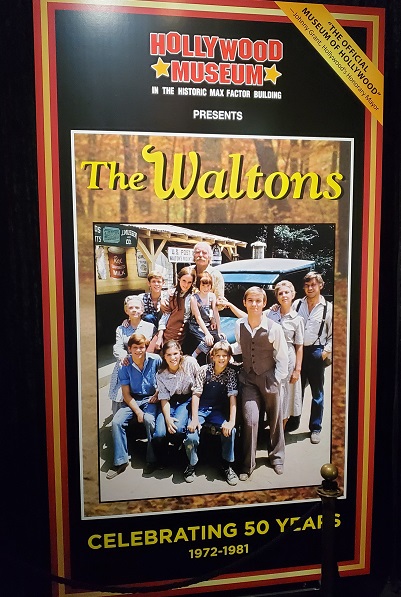 Enjoy the Opening Theme Song video to bring back all your Waltons memories: https://www.youtube.com/watch?v=qpmRcP8S7Bo

Hollywood, California (The Hollywood Times) 11/19/2022 – Just as families are preparing to gather in celebration of Thanksgiving … for many, the first time since the pandemic began … Donelle Dadigan (Founder/President of the Hollywood Museum in the Historic Max Factor Bldg) was thrilled to bring the cast of TV’s most celebrated family, THE WALTONS, together at the Hollywood Museum for an afternoon of fun and photos with fans.

The Hollywood Times had the great pleasure of attending The Waltons: Celebrating 50 years cast reunion at the Hollywood Museum.  What a great honor it was to be part of this amazing celebration.  A show I have been watching since it first aired back in Sept 1972 as a 12 year old watching it with my dad, who was raised in Oklahoma in the late 20s – 40s before he headed West to California in 1946. I sure enjoyed watching that show as my father told us of experiences he had like that in the Waltons. I started watching the show again four years ago when my father moved back to my home town, at night when I would stop by to see him and he owned all the whole series on DVD.  Thankful for the Hallmark channel for running the series.

Enjoy the video provided by The Hollywood Museum:

Having the chance to see the cast there live, taking with them to say hello and getting many photos for you all to enjoy was a dream of a lifetime.  Enjoy the photos:

The Q&A with Leonard Maltin, Eric Scott, Richard Thomas, Michael Learned, Judy Norton, Kami Cotler in person and Mary McDonough via video and Jon Walmsley via Zoom from the UK was every fans dream come true to have heard the stories they told from all the great questions Leonard Maltin asked.  I really enjoyed the story from Mary McDonough about the wedding dress she wore in the episode as Erin Walton.  Enjoy that story in her own words:

How cool was that? 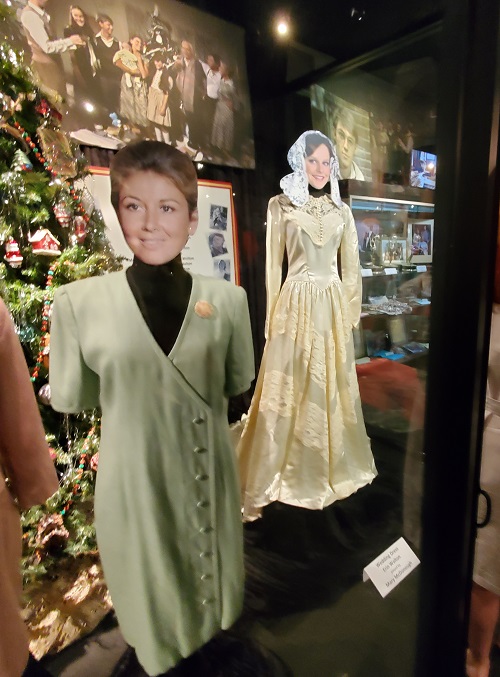 Leonard Maltin also asked the cast about Will Greer and they all had something amazing to say about him.  Richard Thomas said “I miss him all the time and think about him all the time.  I laugh when I think of him and get very emotional, he was a precious person, outrageous in the best ways.” Olivia said “I saw more of Will Greer’s ass than I wanted too.” Laughter erupted!  Richard also had this to say “The first time I went to visit him at his West Hollywood compound, where by the way he put up lots of people, who had been black listed like him, was a great caretaker of many people.  He pointed out a four-poster bed that he sleep on outside in the courtyard and I said that is great you sleep outside and he said ‘that’s a habit I picked up with my second common law wife.'” More laughter!  Eric Scott brought up the bus and Richard Thomas said “oh yeah they came to a Christmas party of mine and just about wrecked all the cars on the street.” Michael Learned said “I knew Will before the Waltons from theatre and that Will would plant a garden where ever he went and he actually planted the garden, the Waltons garden.  He was like Johnny Appleseed.”  Eric Scott that “Will made a commitment to himself that he wanted to meet five new people every day and he would come into the set and sit there and it wasn’t five people he would meet, by the end of day he would meet ten people and go out with lunch with them and they would come back and there would be more people he met and it was like having Buddha on the set and he would entertain them by telling them stories and he had a plethora of information on any subject and I think about the last time I met five people in one day, how exciting that was, that was how he lived every day and that was pretty amazing.”

They were having trouble with the Zoom feed with Jon Walmsley when Leonard Maltin asked him about memories of Will Greer, and since there was silence, Michael Learned said “he is speechless” laughter, boy she is funny!  Jon finally got through and said “Will’s friends used to tease him for taking money for playing himself.” He went away again for a spell then came back on saying “Can you hear me, okay, I don’t know what you got, I’m struggling to hear everybody and I’m trying to act like I know what you are saying.” More laughter! “Will did put on these Christmas plays every year and he would drag all of his entourage and any of us to do these plays. They were always terribly under rehearsed and improvised, but it was just great. Will was being authentic actually and about Will playing the Hollywood Bowl for a benefit for Shakespeare and it was called ‘As You’ll Liked It! (laughter) he did a Waltons takeoff on the Scottish play and the girls would play witches around a cauldron and we brought the mule on stage and I think Eric tried to jump on the mule several times and kept falling off and eventually just walked alongside the mule. I played a little guitar and I don’t remember if the mule relieved himself on stage or not, that was the way things went and Will took in al in stride.  The first live shows at Will’s theater I played my guitar and one of the hippie girls took off her top and exposed her breast and I thought this is the life, this is why I got into show business.” (laughter).  Richard Thomas told the story about the Circus coming to town episode and Will Greer wearing his huge hat waving it back and forth and how Richard would never stand in front of Will again.

After the wonderful and enjoyable Q&A, many of the Waltons fans in attendance paid to have a cast member photo op and that was an amazing thing to watch. Here is a photo of one of the fans.  What a memory photo of a lifetime.

Following a cast Q&A with emcee, Hollywood film and TV critic, Leonard Maltin, fans got to experience The Waltons Exhibit, with full support and participation by Warner Brothers Archivists. Included among the items on display are original costumes, props from the set, landmark scripts, cast-loaned collectables, Emmy Awards, Earl Hamner’s (Waltons Creator) typewriter used to write the now legendary series, and so much more.

Here are some photos of the amazing exhibit, which all Waltons fans need to go and see. What a great holiday gift it would be to give to a Waltons fan. Get yours today HERE

As a young man growing up in Schuyler Virginia, Earl Hamner dreamed of becoming a writer. He felt a desire, perhaps a need, to put to paper his feelings and experiences living in the Blue Ridge Mountains during the Depression. The life of that young man became the basis for John-Boy, the central character of The Waltons. Earl eventually moved to New York City to work at NBC Radio and to complete his first novel: “Fifty Roads to Town”, which was followed by the best seller “Spencer’s Mountain,” which was made into a Warner Brothers film starring Henry Fonda and Maureen O’Hara. Following many successful series hits including “The Twilight Zone” and “CBS Playhouse,” as well as feature film adaptations of “Charlotte’s Web,” “Where The Lilies Bloom” and “Palm Springs Weekend,” the predecessor to “The Waltons,” “The Homecoming” was published in 1970 and became the basis for the beloved CBS Christmas special starring Richard Thomas, Patricia Neal and Edgar Bergen in the two-hour Christmas special, which led to the highly successful TV series. Their stories and those of each of the participating cast, will be uncovered and shared with fans … many for the first time … as we discover why Americans, and the rest of the world (still in reruns in over 150 countries), have been so overwhelmingly intrigued with the life of a Depression-era family in Virginia’s Blue Ridge Mountains and their life on this wholesome series.

ABOUT THE HOLLYWOOD MUSEUM 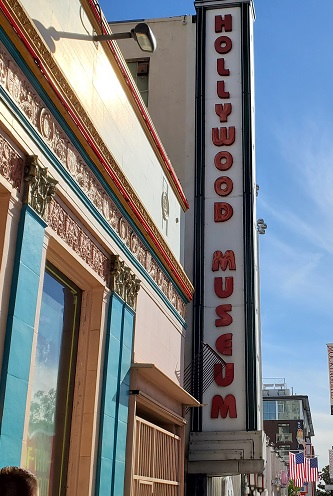 The Hollywood Museum, located in the historic Max Factor Building is the official museum of Hollywood and a 501(c)(3) non-profit corporation showcasing more than 10,000 Authentic Show Business Treasures, spotlighting 100 years of Hollywood history – from the Silents to Talkies, Hollywood’s Golden Era and Film Noir, Television and its Pioneer Years, through the rebellious 60s, special effects 70s, evolving 80s, involved 90s, technological 2000s, and beyond to current day heartthrobs! The Hollywood Museum’s exhibits showcase the best in film, network and cable television, and new digital platforms featuring iconic and fan favorites! The Hollywood Museum offers visitors the most extensive collection of Hollywood memorabilia in the world – featuring the glamour of Hollywood legends and stars – past, present and in the making. 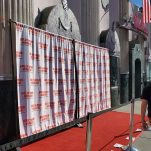 The Hollywood Museum includes one-of-a-kind costumes, props, photographs, scripts, stars’ car collections, personal artifacts, posters, and memorabilia from favorite stars, films and TV shows. Located in the heart of Hollywood, at the corner of Hollywood Blvd and Highland Ave, just steps from the Hollywood Walk of Fame, the Hollywood Museum has been named the #1 top tourist attraction in Hollywood by LA Weekly and recently the #1 spot on “Things to Do” by leading travel bloggers, as well as one of the “Top 10” Museums in LA by the LA Tourism and Convention Board and Trip Advisor. 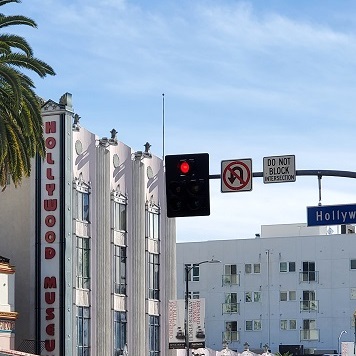