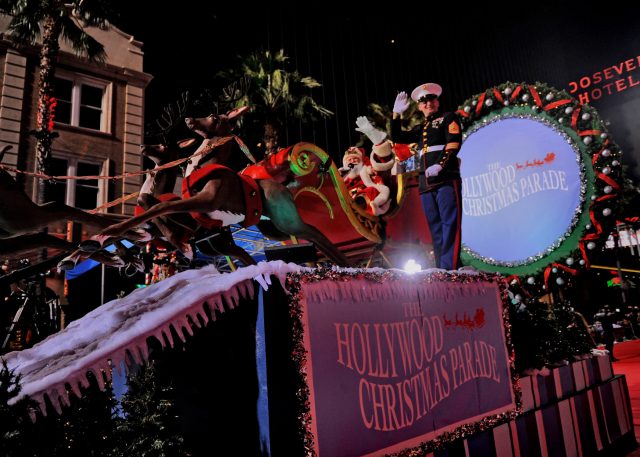 Hollywood, CA (The Hollywood Times) 11/30/2021 – The Hollywood Christmas Parade is an industry mainstay in the world’s entertainment capitol. Held along the legendary Hollywood Boulevard, the annual parade brings together Hollywood royalty and industry insiders for a traditional, family-friendly celebration. 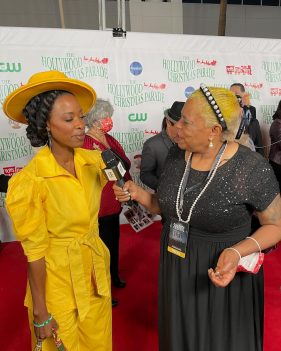 This year, the parade was held on November 28th — and it’s the 89th time the venerable institution rang in the holiday season for the storied town of Hollywood. 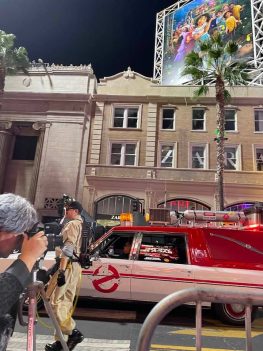 Toys For Tots sponsored the event. 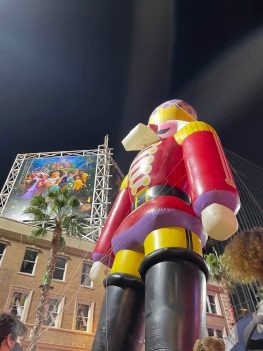 We were front and center on the red carpet once again; The Hollywood Christmas Parade is also a Hollywood Times tradition.

Filmmaker Paul Gervasi spoke with us, saying that he’s been busy this year. And among the many celebrities we spoke with, “busy” was a common theme. Despite a pandemic and other stressors, Hollywood seems to be thriving. 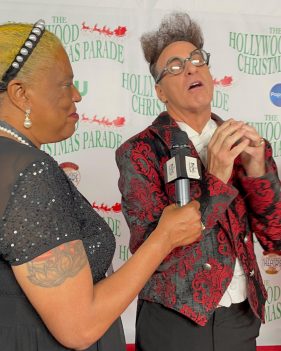 “I managed to get out a film, ‘The Original Charvel Gang’ on Apple, the streaming platform,” Charvel told THT about his new documentary.

“I’m working on a second album, third movie,” he continued.

And what would Gervasi wish for the world this holiday season? “For all of us to be happy and get along.” But that’s not all–Gervasi’s career is clearly paying off financially, as well. “We just got a new home and that’s cool,” he said. “It’s going to be a great Christmas.”

Host Montel Williams said that Christmas is about giving. “I think maybe we should just remember that with everybody pent up and locked up in their apartments will finally have a chance to get out–it seems like it’s become all about the individual.” And that, he added, isn’t the way it should be.

“Just remember that Christmas is all about the spirit of giving,” Williams continued. “And remember there’s a lot of people out there that are still hurting, families that are hurting. And that’s what’s so important about this parade. Not only is it an opportunity to get families and people out. This is an opportunity to literally donate to, and give back to Toys For Tots, because they’re sponsoring the parade. That’s what it’s all about. These are people who are coming together to make sure that some of those kids who would not have otherwise had a toy, get one this year.” 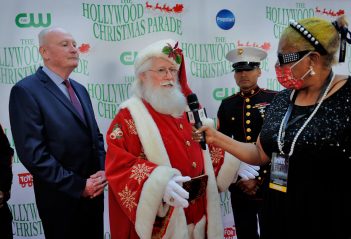 The ultimate celebrity, Santa Claus himself also showed up on the red carpet; massive belt buckle and all. “For some reason, they told me they wanna see this moustache,” he quipped. “Christmas 2021, the main thing is that everyone be happy, healthy, and that we get back on track and have a normal life for everybody.” And will there be presents?

“Well, that all depends if you’ve been naughty or nice,” Santa told THT before happily moving on for other interviews.

Learn more about the Hollywood Christmas parade at their official site.